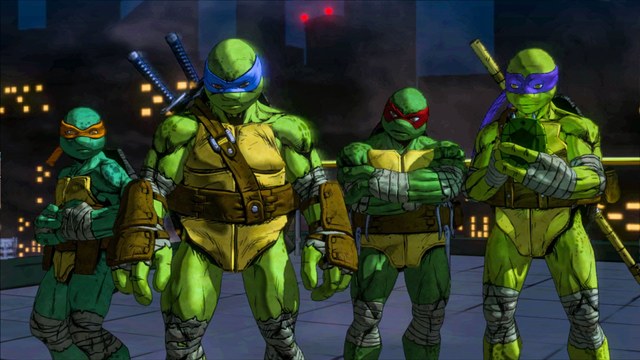 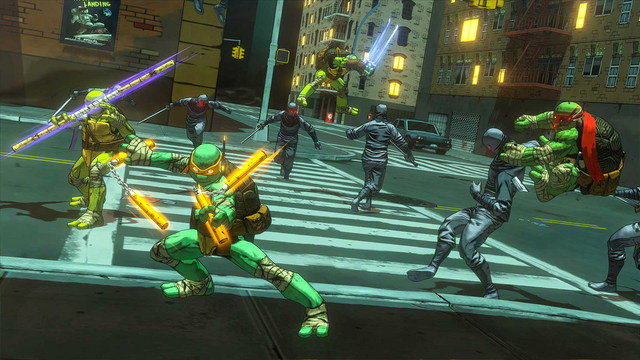 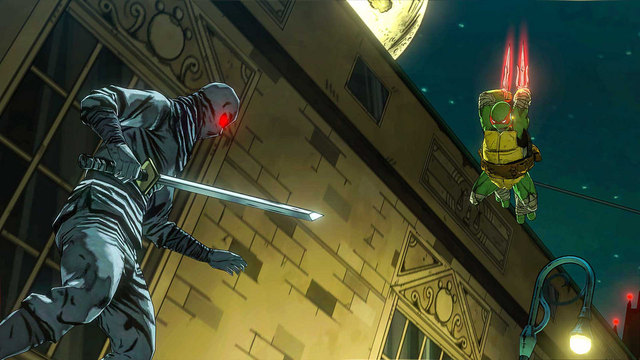 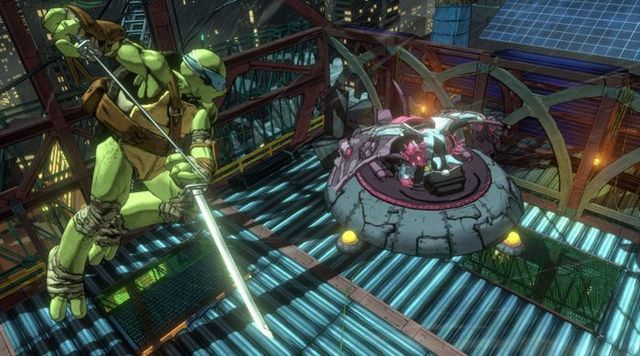 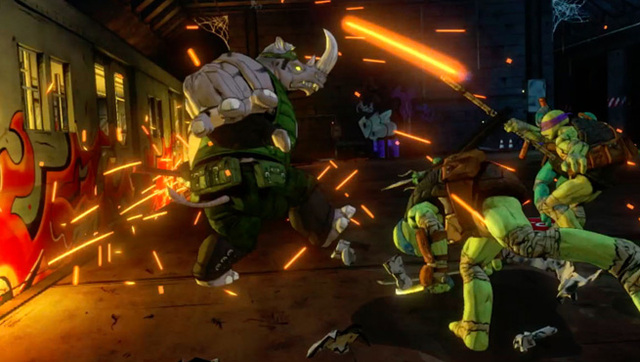 The Teenage Mutant Ninja Turtles as a video game series was at its highest point in the early '90s where Konami developed a slew of well received and well regarded games. Since then, however, good Turtles games have been few and far in-between. Now, it seems that the Turtles are in good hands with a good developer, Platinum Games, masters of character action combat games. Nonetheless, with the developer's known quality, it makes it even harder to have to say that the latest game starring the heroes in a half shell, Teenage Mutant Ninja Turtles: Mutants in Manhattan, is more of a dud than what fans would expect of Platinum Games.

Right away, however, Mutants in Manhattan gave me what I wanted story-wise. It had the Ninja Turtles interacting with one another with funny quips and humorous one-liners. It had them investigating why Shredder's Foot Clan and Krang have teamed up to commit crimes all across the city, and it all culminates in an epic showdown. It feels like an adventure from the comics, and the scenes that bookend each level are well done and enjoyable to watch.

The cel-shaded art style of Mutants in Manhattan shows great detail, making it feel like you're playing an interactive comic book. Environments look nice enough as well. However, one part of the presentation package that doesn't work so well is the frame-rate, which can dip to low numbers in especially-packed-with-enemies-and-objects areas. Meanwhile, the music plays well with the game, though I couldn't hum you any song from it. It's mostly generic rock noise.

While the overall presentation of Mutants in Manhattan is serviceable, other parts of the game don't work out so well. Combat is usually one of Platinum's strong suits. In Mutants in Manhattan, however, it's a mixed bag. For one, you have usually four Turtles at once participating in battle against Foot Soldiers, Stone Soldiers, and Krang UFOs, and this can be very messy to look at. It can be hard to follow what's going on the screen at once, especially when all of four Turtles are engaging in kicking some enemy butt. The flashy visuals distract, and it can sometimes make it where seeing an enemy's prompt before they're about to attack somewhat difficult.

Battling with foes, you have a strong attack and weak attack to use. You also have four Ninjitsu abilities that are more powerful moves, but they require a cool-down period to use once again after they've already been used. Ninjitsu abilities can be mixed and matched between Turtles through the loadout screen from the menu in between levels. You'll want to have good Ninjitsu skills equipped, as even with these moves unleashed on foes, many enemies take WAY too long to defeat.

In addition to offensive abilities, the Turtles have ample defensive maneuvers to dodge and evade enemy advances. The back right shoulder button is used to guard. If timed correctly, your turtle can slip around the back of a foe and hop on their back, leaving the foe defensive while you pummel away at its head. The timing here is a bit tricky, and again, the craziness of battle with everything going on makes the timing hard to ascertain exactly. Using the guard button is a great way to avoid attacks, but using it too much causes a gauge to empty. As a turtle guards, it spins in his shell. Spin too much in too little of a time span, and your turtle ends up being vulnerable as it enters a dazed funk.

When a turtle loses all of his health, they wind up hiding in their shells, requiring another turtle to revive them, or else they get sent to a pizza room where they must gobble up pizza to restore enough health to be sent back to battle. If all four Turtles end up in the pizza room, it's either time to use a continue or it's game over. The game difficulty selected means that on harder difficulties the time to revive a turtle before they return to the lair is shortened severely. Easy mode gives you ten seconds to revive a turtle while very hard only gives you three seconds.

Items are found in Mutants in Manhattan all over the levels. You usually earn them from green orbs sprinkled around levels, as well as occasionally from fallen foes. Entering a manhole in a given level takes you to Splinter, where he offers various items for a price, specifically battle points earned from fighting enemies and completing missions. Most offensive items are completely throwaway in comparison to just normally attacking an enemy, and it's disappointing to see that. Meanwhile, you can stock up on pizzas that refill health when necessary.

Mutants in Manhattan also falters in its length. The game has but a small nine levels, and at least two of them are too long for their own good, as if Platinum Games realized its game was too short and needed to pad its length, and tediously so. These occur in the sewers. Sadly, even Platinum Games can't make trekking through the same similarly designed corridors without much level variance fun. Fancy that.

Most levels' structure have you getting calls from April O'Neil to check out various disturbances in the general area. By using a Batman: Arkham-like T-Vision to scan the area of enemies and objectives, you can easily find where these disturbances are. When you arrive at the location, you initiate a mission. These can vary from level to level, and they're random which ones you get (which for trophies that require you to do a certain mission a specific number of times, this results in TONS of grinding for the hopes of the RNG being kind to you). Missions can require you to protect three ATMs from being assaulted and robbed by Foot Soldiers, to team up with a second turtle to bring a Krang bomb to a designated location, or to deactivate several time bombs in the general vicinity.

After completing a set number of randomly assigned missions, the area where the boss of the level is hanging out at is unlocked. Boss battles are some of the most fun combat scenarios in Mutants in Manhattan, having the Turtles take on familiar foes like Bebop, Rocksteady, Slash, Karai, Krang, and yes, the nefarious rival of the Turtles, The Shredder. The harder the difficulty selected, the more life bars a boss has. Additionally and occasionally, a second boss can join a fight midway, making it so you have two targets to take down instead of just one.

As stated already, Mutants in Manhattan isn't a long game with its nine relatively short levels. However, if you frequent online, you can enjoy multiplayer with up to three other people, either in your own lobby or joining another's game. This makes for a more fun experience if you can get players to mesh well with one another, as the Turtle AI in single player isn't the brightest. It's just a shame that offline you can't play cooperatively with a local player in split-screen, something that past Turtles games are almost synonymous with.

Teenage Mutant Ninja Turtles: Mutants in Manhattan is an okay entry in a video game series that once was always a sure thing regarding its quality. However, with a developer known for its excellent work behind many of its games, just "okay" doesn't seem good enough here. In fact, it's quite disappointing. With combat that can be hard to follow, repetitive gameplay, a short campaign, and little to do outside of grinding for trophies, Mutants in Manhattan isn't the shell of a time I was hoping for.