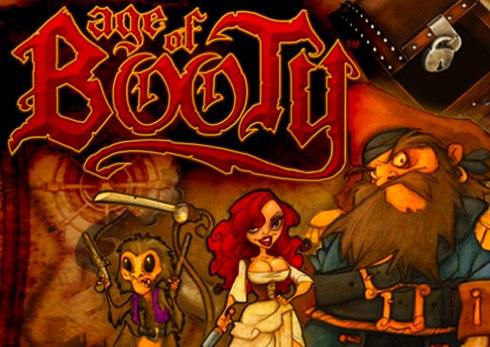 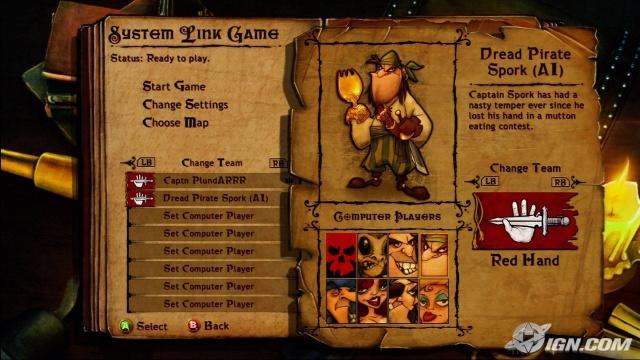 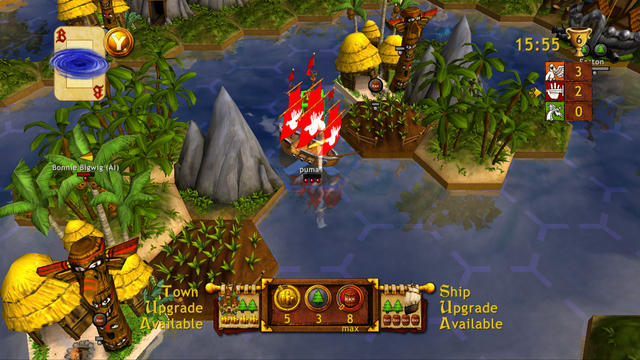 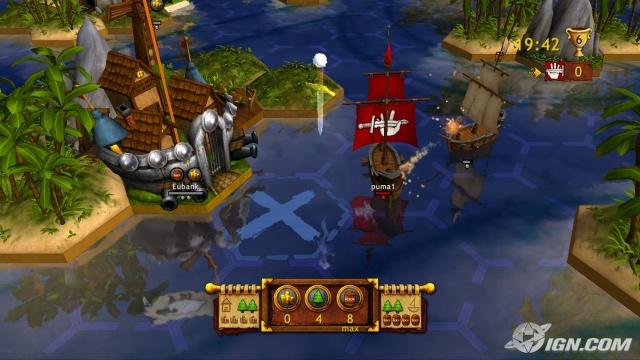 Age of Booty is a pirate-based strategy game. You control your ship to capture merchant or enemy ports. The object is to capture a certain amount of ports in order to win. You strategize what ports to capture and when. Some missions are solo and some are with a team mate or two. There's a single player mode and a multiplayer mode. The single player mode is called challenges, and is where you should start 1st. When you play the challenges, there is an easy mode, medium and hard. Each involving certain amount of enemies, map size, and number of ports being captured, as the difficulty increases. Some levels you may be solo facing off against 2 or more enemies. Or in a battle royale against several teams of pirates, in an "all for one" scenario.

Ships can also be upgraded, but they are only effective per level. The upgrades are speed, armor and attack. All have a max of 3 upgrades each. You have to collect wood and rum for ship upgrades. When you capture a port, depending on what kind of port it is, it will generate either wood, rum or gold for you. The ports can also be upgraded with wood and gold, and when they are upgraded their HP is expanded. When you own a port, sitting your ship by it will replenish your HP. You port will also attack ships that are trying to attack it.

You also have a pirate cove that is your main base. Sitting by it replenishes your health much faster, and you must go back to your cove when you need to upgrade your ship. Port upgrades can be done from anywhere on the map though.

As mentioned, this is a strategy game. You must capture ports, guard them when possible, and attempt to steal ports from your enemies. You point where you want your ship to be sent, your ship will attack enemy ships or ports automatically when it comes in contact with them. With a team mate by your side, ports are taken down easier, and enemy ships can be placed in pincer moves and beat down quicker. On the map there is also merchant ships, if you destroy one of them, they drop a curse crate. When you collect it you will be give a certain curse to use. Some can be used to attack your enemy and some are support curses.

Some curses include bombs, whirlpools, ghost ship, and pilfer. The battles are timed, usually 10-15 minutes to prevent long never-ending battles. If someone doesn't win, if the time expires and you are in the lead you become the winner. But if you are at a stalemate when the time expires, it becomes a tie.

Graphics for Age of Booty are pretty good. Now, were aren't talking about super PS3 graphics, but they are good enough. The game is colorful and has nice details.

Learning to play this game is not a difficult task. All you need to do is point where you want your ship to go. The objectives are clear and easy to accomplish. This is a game anyone could play. But it takes some practice when playing on the higher difficulties.

Sound is quite OK for Age of Booty. There is one main Pirate tune in this game which is like the centralized theme. When playing a battle there isn't any music, just sound effects of war. There are sounds for cannon fire, and a specific sound when a port is being attacked. Collecting rum makes a "glug glug glug" sound and a "cha-ching" sound when gold is collected, and other things like that.

Age of Booty is an excellent choice if you enjoy playing strategy games with a fun twist to it. The game is affordable, and also has 5 map packs in the PSN store that are FREE. Trophies can be earned in this game as well. Overall, its a nice game to own and I recommend it.
Review Page Hits: 0 today (153 total)
mediahook