Go back to the Master System, Alex. You can't handle the Genesis! 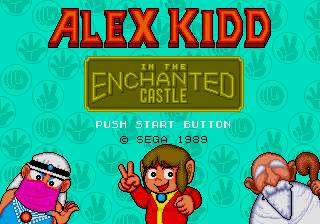 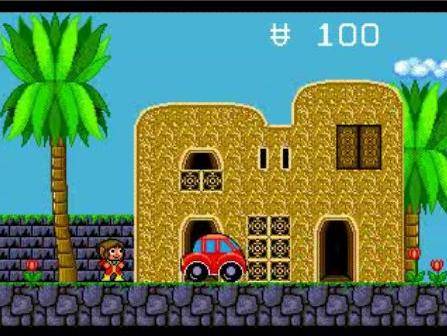 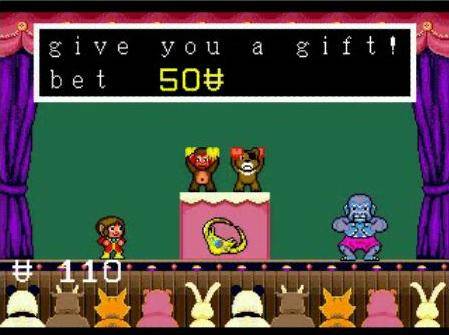 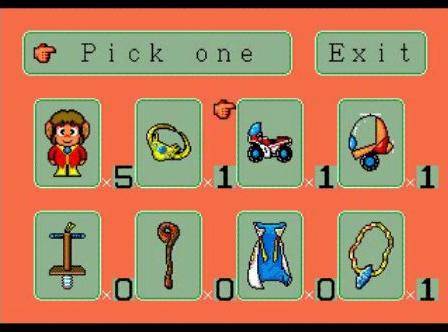 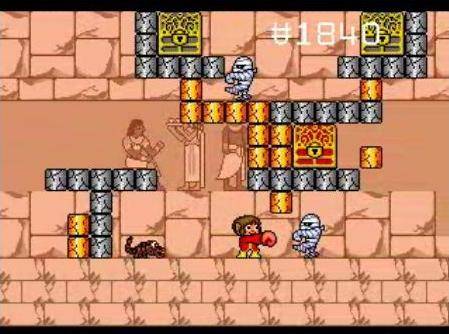 Poor Alex Kidd. He never had a ghost of a chance in this world to make a smash hit of his own games. Anybody who does remember him also remembers the cheesy gameplay that tried to rival Nintendo's Super Mario back in the Master System days. Sega tried to give this hero-that-could one more chance to make a splash in the video game scene before they chose a certain blue hedgehog as Sega's official mascot. This game falls right in the lines of "stale" in almost every aspect of itself.

After the events of "Alex Kidd in Miracle World", Alex learns that his father, King Thor, is being held prisoner on Planet Paperock. The big-eared hero sets off, despite protests from his older brother, to rescue his father from enemies who would rather play "Janken" (paper, rock, and scissors) than dish out epic battles. A short story that does little help to save this game from total blandness.

Basically, this is a platform game: You run, jump, punch, and karate-kick your way through the levels that intend to daunt you. In order to complete the level, you have to touch an ongiri (a Japanese rice ball, part of a staple diet). One touch from a hazardous object or losing a game of Janken will cost you a life, and there's little defense aside from punching and kicking. Sometimes you'll find treasure chests that contain money that can be used to play a game of Janken against a fiend carrying a special item, such as a motorbike, a helicopter, or a pogostick. You'll also have to play Janken against bosses. The emphasis of Janken and the clunky controls trip this game up to where it can't even pick itself up, and the "useful" items are of little help, either.

The sprites and scenery makes you wonder if you are even playing on a Sega Genesis at all; It looks too much like the Master System! Mind you, there's nothing wrong with a happy feel to a game, but it's obvious that Enchanted Castle is trying to make a homage to its roots. The graphics are a step down compared to even its contemporaries back in its day, and the smoothness of it all is a dead giveaway that this game should've been for the Genesis' older brother.

The sounds, like the graphics, are better off for the Master System. You can barely even hear the sounds that eke out of the game, and the tunes are, in a word, bland. If it was done with the Master System's soundchip, that would be another matter, but this is the Genesis! It has been proven that, if given the right potential, Sega's 16-bit powerhouse can get down and dirty with some cool soundtracks. This game's sounds are a drop in the bucket compared to other games, even on the Genesis. Alex Kidd yelling "Jan! Ken! Pon!" is rather cute, though.

This game can't hold a candle to even Alex's very first outing. The graphics and tunes are a severe hangover to the Master System, and the controls are a little too unwieldy to keep interest for a few hours, let alone five minutes. This game is proof of why Alex Kidd is left forgotten, and it makes the player ask one question: What was Sega, the god of the 16-bit era, even thinking? Surely the creator of many a groundbreaking game, wouldn't resort to making a game like this! This game is one of many blunders that should be best left forgotten. This should be a lesson for other developers not to skimp around on a particular system's power. Such misuse could backfire in the end!