Darwin would be proud of Alien: Isolation, one of the top games of the century 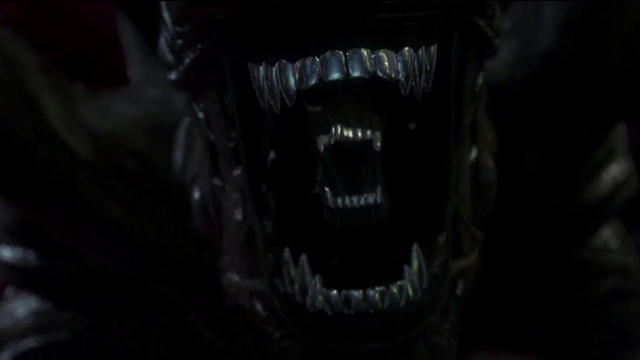 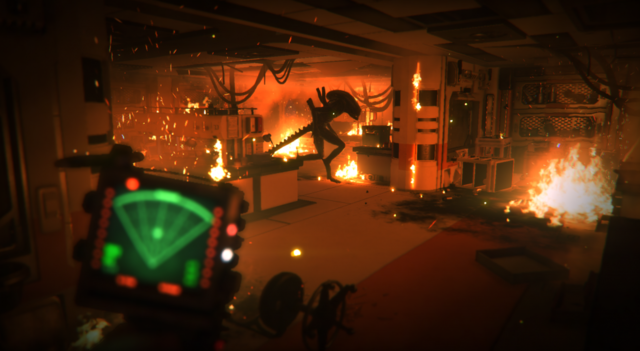 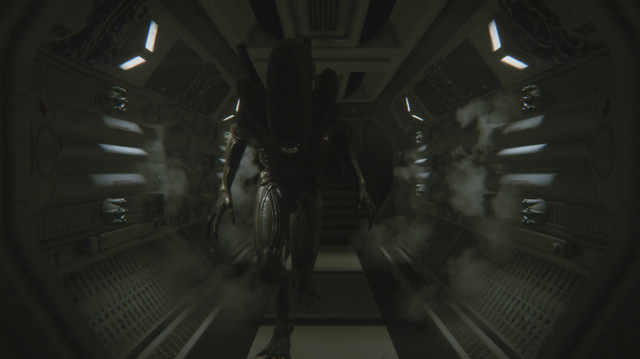 After a few missteps in recent years, a group of developers finally found the formula to make an Alien game thoroughly excellent. They stopped looking at the 1986 film masterpiece Aliens, and went back to the original 1979 classic, Alien. The claustrophobic terror of a single, relentless alien not only makes it the best Alien game ever made, it also stands as one of the best games of the 2000s.

Sevastopol Station is where 95% of the game takes place, and it is rendered beautifully on the PS4. The attention to detail and lived-in look of the space station effectively creates a believable world to play in. Textures and models are rock solid and convincing. The art direction should stand as an example to all future game development. The different hues and tones used work alongside all of the other elements to terrify the player, as well as to occasionally make them gaze in wonder. The alien looks fantastic and moves fluidly, evoking the predatory grace the killer monsters are known for. The equipment you use looks and works excellently and made me feel like I was really there. All of the devices animate in neat ways and have a "form follows function" aesthetic that is very convincing. The only downside is the look of human NPCs. They look a little off, and all have the same sheen of plastic sweat, similar to a premium action figure. That being said, prepare to gaze in wonder, appreciation, and terror at the set pieces in the latter third of the game.

The sound department behind Alien: Isolation deserves a raise. The motifs, sudden crescendos, and subtle ambiance feel alive and a part of the player. The alien hisses and screeches are far superior to the silly animal sounds of AVP(2010) and the weak effects found in Aliens: Colonial Marines. To hear the alien is to fear the alien. Listening to it move around inside the mazes of ventilation ducts is exhilarating. Weapons and items feel like they have weight and are especially convincing because of the high quality whooshes of Molotovs, clanking echoes of the maintenance jack, deep bass thumps of the revolver, and the explosive, metallic blast of the shotgun. Footsteps can help you determine distance to unseen enemies, and sliding doors have a believable plastic-on-plastic friction. The motion tracker has it's own unique sound, differentiating it from the classic effect and still sending shivers down your spine.

The AI of the alien is one of the best things to happen to video games. It's always listening and always watching. Using equipment, getting in and out of ventilation ducts, and even your footsteps can bring the creature to your location. You can hide, but it actively searches for you. Other noises in the station, caused either by your equipment or other survivors can help draw it away, but it learns these behaviors and soon begins to double back, or outflank your last known location. Early on it will inspect flares that you throw, but later in the game, it begins to seek out the probable location it came from. This beast is impressive. For all of the cool weapons at your disposal, not one of them can kill the alien. The flamethrower can cause it to retreat, but the shotgun and revolver merely enrage it as it grabs a hold of you and tears into you with its deadly jaws. Some game reviews have called the AI cheap, but in reality it is merely effective. Every death I have endured was easily traced back to the mistakes I had made, which was usually overconfidence. The alien vanquishes gamer egos, plain and simple. Speaking of sound, you can set your PS4 camera(or Kinect for the Microsoft versions) to listen in on you, and sounds in your home can alert the alien.

Androids plod along relentlessly, reminding me of the Terminator, though they are slightly easier to stop if you have an EMP or shotgun handy. Without anything effective, you must run from them the same as the alien because any attempt at hitting them with the maintenance jack results in a deft block and counterattack by the powerful machines. Human AI can be a little spotty, but they serve to add some variety to the bestiary, as well as life to the crumbling space station. Survivors huddle around equipment and supplies, trying to protect themselves from not only the alien, but from androids and a severe mistrust of any other humans, namely Ripley. They are easier to escape than the other enemies, but their ranged weapons are extremely powerful and even at a long distance can stop you dead in your tracks.

The game may be a little long in the tooth, but it plays out well and rarely gives you time to breathe. You will always be trying to survive, and that is the experience the developers were aiming for. Be aware, this is no run-n-gun, whack-a-mole tour that most FPS games have devolved to. The difficulty is real, and many times a fatal example of Darwinism.
Review Page Hits: 0 today (1,051 total)
mediahook