Assassin's Creed is remarkable in every aspect; it performs and offers a satisfying experience that all will enjoy. 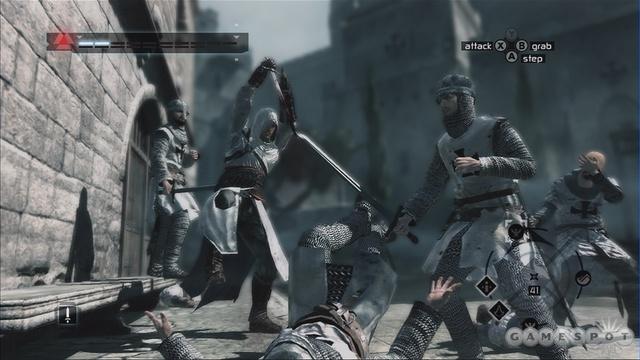 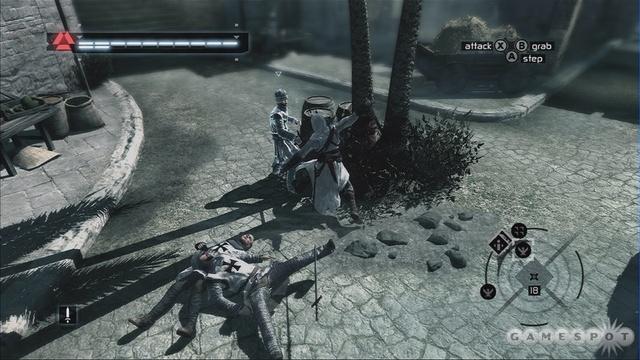 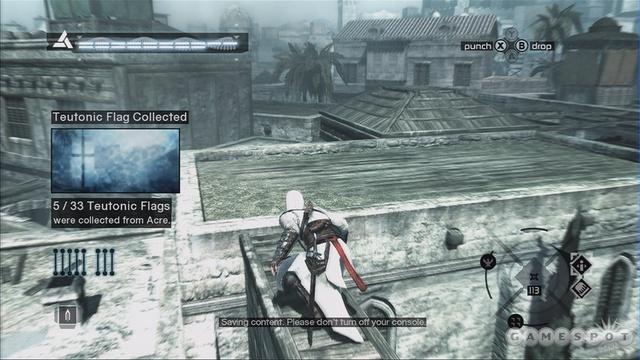 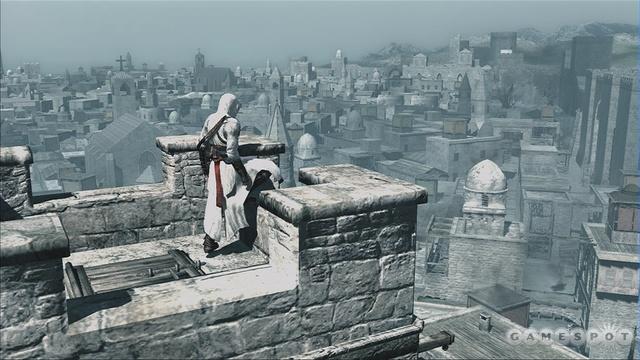 When we first saw Assassin's Creed at last year's E3, its presence was intimidating. The concept of becoming a "hitman of sorts" in the twelfth century intrigued us all. The game has been through a rough stretch, with all the talks of when the game actually takes place and all the secrets Ubisoft failed to reveal. Assassin's Creed is like that secret Ubisoft has been hiding; everyone knew it was coming but no one expected what it had to offer when it finally arrived. Thankfully Assassin's Creed does more than live up to its secrecy and creates a remarkable gaming experience that all gamers should not miss out on.

Without revealing too many intricacies of the story, note that Assassin's Creed takes place during two time periods, the present and twelfth century Palestine. The links between the two times become apparent within the first fifteen minutes of the game, but it's much more rewarding to see it for yourself than having me describe it to you. Although the two periods relate to each other throughout the game, you will spend most of your time in Assassin's Creed traversing the Holy Land during the Third Crusade. Your character, Altair, is a hired assassin devoted to his teachings and lays down vengeance without mercy.

Altair is the essence of the anti-hero. His personality is very dark, he sticks to the shadows and he kills without any sense of morality. Needless to say, you will become attached to him throughout the game despite your best efforts to hate him. His story is astonishing, truly shines over even the darkest events that Altair performs. As you advance through the game, you will learn of his ambitions and just what exactly he has to do with modern day science. His goals may be vengeful, but you will soon enjoy his ruthlessness as time goes on.

What makes the story so intriguing is the environment in which Assassin's Creed takes place. Altair's world is set up into three lands; Damascus, Acre, and Jerusalem. All have their own unique style and vibe, complete with hundreds of interactive citizens that roam the streets. At first glance, you might be blown away by the vastness of each city, but there are plenty of secrets to be found if you spend time exploring. Spiritual temples grace the landscape, crowds gather at the market in a seamless display of interaction and monks recite passages from the Holy Bible to willing listeners. The environment is extravagant beyond means, and there are secrets to find that will pique your interest for a long time to come.

With so much time spent in the three cities, it's useful to detect how lifelike each one feels. Every citizen, merchant stand, animal and building is interactive, and most can be utilized for your own specific goals depending on the situation. More often than not, you will find yourself running from guards in an attempt to stay hidden. To avoid the guards, you can use objects to jump on top of buildings, push helpless citizens in front of them to slow them down, or even crush the legs of a fruit stand to block their path. The choice is yours, and that's what makes Assassin's Creed so innovative and exacting to play. There are just so many different options to choose from at any point in the game.

Of course, Assassin's Creed is about more than just irritating guards and running away. You are tasked with assassinating nine Templars, protectors of the greatest treasure in the Holy Land. While you might think eliminating the Templars is overly dramatic, Altair's ambitions become clear during the different story-arches, and eventually, you won't feel remorse when taking them out one by one. Getting to the Templars is as easy as finding them on your map and going to their location. But there are many factors you have to take into account, such as witnesses, guards, and the possibility of being outnumbered. To help alleviate these problems, you can take alternate side missions to learn important information that will help in taking down each Templar. This information can be anything from what time a Templar walks in front of a certain tower in the day to who he socializes with. The possibilities for how you take down your target are endless, and you can use almost anyone to help you in your progress.

Learning this important detail makes up most of the basic gameplay for Assassin's Creed. You will spend a good time hiding in the shadows or crowds trying to listen in on important conversations, follow behind targets in a chance to pickpocket letters, or jump atop buildings to get a birds-eye view of the surroundings. There are also optional missions that gain you respect with the citizens. The more you help citizens, the easier it will become for you to take out those high-ranking Templar officials. Helping citizens can net you rewards, like assistance from bandits who help you escape after an assassination. Even a group of monks could let you hide with them while they walk to a church. Naturally, not all encounters are going to be easily avoided and there will be many times when you will have to take out your sword for combat. Probably the most doubted part of the game, the combat is unusual in retrospect, but it's really fun to use. Instead of going into an offensive style of attack, Altair goes into a defensive stance where you have to wait for your opponent to strike first. It sounds contrived and slow-paced, but it works really well in the atmosphere of the game. You can also melee your sword for quick attacks, but keeping your enemies off-guard becomes essential to survival. Once you master the art of counter-attacking, you will never feel outnumbered despite the dozens of guards following in your wake. You can also sling daggers from far away at enemies and if you so choose (I highly recommend this), you can go quietly at your enemies and lunge at them with your hidden knife for an instant kill. It's immensely satisfying to perform this stealth kill considering how hard it is sometimes to remain hidden from anyone. If anything, you can always scale to the top of buildings, wait for your enemies to follow to the top and throw them off.

The controls may take some getting used to, but if you manage to perfect them you are rewarded with one of the most brilliant and fluid control schemes in any game. The team at Ubisoft has mapped Altair's movements to the controller based on his body, meaning A is associated with his feet, X and B are his arms, and Y is his body and upper extremities (PS3 is mapped similar as well). This works well with any impending situation. For example, if you are running from guards, hold down the right triggers and press A to jump from platform to ultimately reach higher ground. As mentioned before, X and B are used mainly for combat, but they can also be enhanced for exploration purposes as well. It's a complex control scheme, and one that makes your experience in Assassin's Creed that much more personal.

Assassin's Creed is no slouch when it comes to presentation either. Everything in the game looks spectacular, both living and non-living. Every citizen moves on their own free will and no two act similar to one another. Shadows set an ambiance onto the cities with the sun rising and setting often during your adventure. Birds fly away when you rush on top of high buildings, people cower in fear if you bring out your sword, and grass sways in the breeze when venturing from city to city. Even the buildings and locations are modeled almost 100% accurately to the actual Third Crusade Era. There are some instances that irked me, such as citizens who go about their daily business after an assassin runs downtown chased by guards, or some slight stutter stepping during combat. But it's rarely an occurrence and most will never notice it at all. It's the subtle details that make the overall package more rewarding, and gamers are definitely in for a magnificent treat.

The sound also blends together almost perfectly to make the Assassin's Creed experience that much better. The most noticeable impression is that of the large crowds, who make a unique noise on their own. But once they're frightened, they scream in panic and change their perceptions completely. The Templars have also been voiced rather well despite some minor inconsistencies with the location and time, as they give off a slight British range, but what they say overrules their lacking docile tones. The music also wonderfully sets the mood throughout, with striking Palestinian ensembles while wandering through towns or the countryside, to soothing melodies while searching for clues or exploring; the styles never let up.

Assassin's Creed is remarkable in every aspect. From the sprawling city life to the dual-vision storyline, everything blends together to offer one of the most complete and satisfying experiences so far this year. With so many great games arriving at the same time, it might be hard to give this game a try. But you owe it to yourself to jump into the role of Altair and start killing some Templars; the game is that rewarding and fun to play.
Review Page Hits: 0 today (701 total)
mediahook