Great RPG game. Just not enough of it. 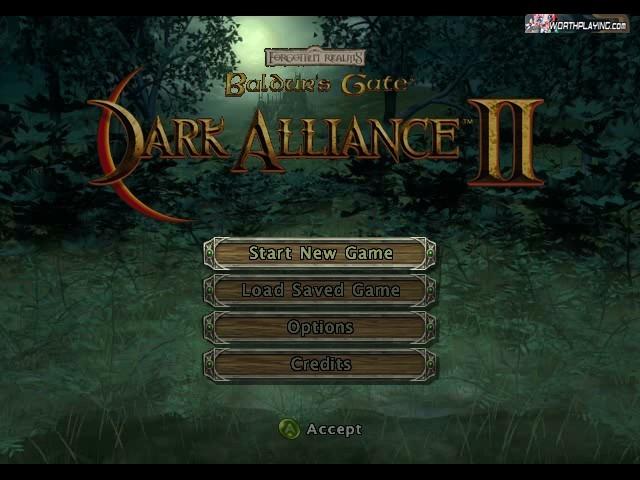 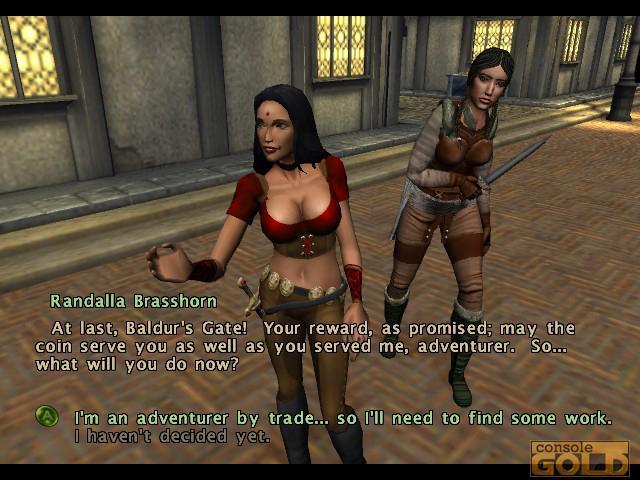 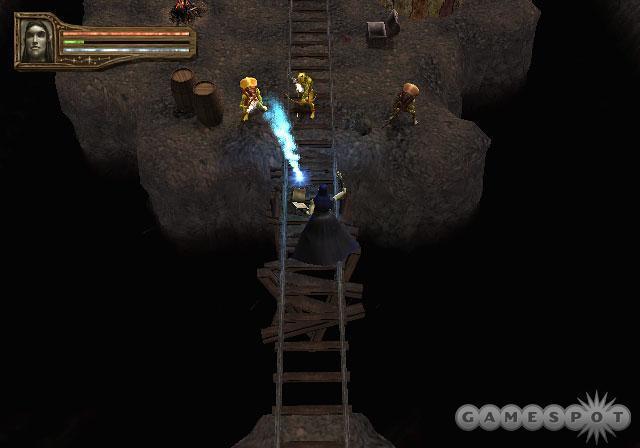 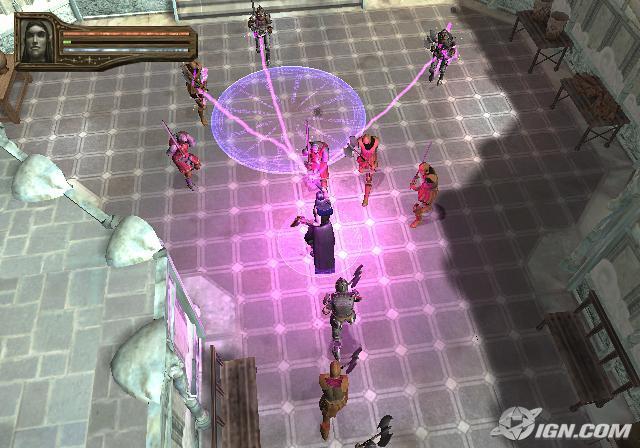 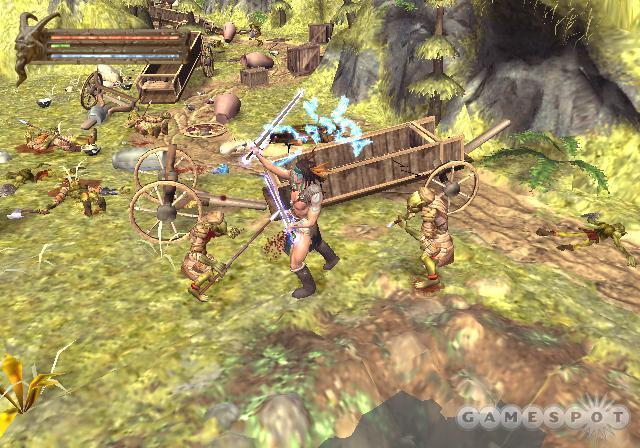 From the back of the box:
A new adventure awaits. Unspeakable evil has returned to the legendary city of Baldur's Gate. A call for adventurers echoes throughout the embattled land. Cunning warriors and bold magic users are desperately needed to reclaim Baldur's Gate from a dark sorcery that threatens all in its path.

-Hack your way or cast powerful spells through over 80 perilous levels
-Hidden areas, secret characters, and hundreds of items to discover, customize, and use
-Forge unique magical weapons and armor to maximize the damage you inflict in battle
-Conquer hordes of beasts and armies of Hobgoblins, Ghouls, Golems and dreaded Dragons
-Compelling single-player, two-player cooperative modes of play
-5 new heroes

Even though the back of the box claims that there are over 80 perilous levels, this game is very short. The first time I played the game all the way to the end was on normal mode and it only took 12 hours. The second time I played the game, I played on hard and it took less than ten hours. Not only is it a short game, but it has very little plot or storyline. What little there is provided is extremely linear. To prevent spoilers, I will not discuss this further.

The graphics are refreshing and detailed despite the third-person view of the characters and environment. The developers spent a lot of energy developing the effects of the spells and weapons as they wreck havoc. The environments are well designed, show great detail and each one is unique. You will have to use the brightness option a few times during the game, however, like when you come to a dark dungeon or move to a sunny day on an ice environment.

Overall, the sound is not that impressive. I had a hard time understanding what characters were saying and I relied on the subtitles more than I would have liked to.

With up to seven unique characters (two that are unlocked during gameplay), Baldur's Gate: Dark Alliance II has a lot of replay value. Despite having almost identical stories, each character is so different that I enjoyed playing each one. For example, each character has different combat attributes, like one relying upon their fists, another on their swords, one relies upon magic, one is profound in treasure hunting, etc. Finally, when you beat the game on the different difficulty levels there are three possible rewards.

The weapon/armor/item creation option is by far the best feature of this game. This will be discussed in greater detail later.

Game in a nutshell
The fighting style of this game is very similar to the Diablo series and The Bard's Tale. You view your character from a third person perspective and you are not able to switch to a first-person perspective. While fighting, you can turn the camera for a 360-degree view above the characters head or you can do a slight zoom-in, although that is not even worth using.

Similar to other role-playing games, you gain experience by killing enemies or completing tasks. Once you gain enough experience, you increase a level and can select from different active/passive Feats, such as Accuracy (Improves the accuracy and damage of ranged attacks) or Spells (Bless: Increases the combat abilities of you and any allies). Also, every four levels you can increase one of your abilities by one point (Strength, Dexterity, Constitution, etc).

The game has a great combat system. You can choose to attack with many different weapons. The controls in the game are so fluid and easy to use that you can switch between three weapons (One-handed, Two-handed/Great, or Ranged weapons) by pressing only one button.

What sets this game apart from others is the ability to add magical effects to weapons, armor, and items.

Each weapon/armor/item has a quality rating referring to how well it was made. Higher quality armor protects better, higher quality weapons inflict more damage and higher quality rings and amulets are worth more. For example, Armor with Shoddy Quality gets -15% towards AC but Flawless Armor gets +90% towards AC.

In Easy, Normal and Hard modes you can add up to 16 Rune stones to increase the effectiveness of the weapon/armor/item's Quality rating. Additionally, you can add up to 32 gems (only two different types) to add magical abilities to those items. For example, adding one Rune Stone and one Jacinth to a Flawless Morning Star adds 4 minimum/maximum damage and 1-6 Fire damage. Although you are required to add a Rune Stone, you can mix and match different gems to create different effects. Just remember that you can only upgrade once, unless you break the item down, and that costs money and destroys all the Rune Stones that were used.

The game also has the option to import/export saved character files.