Not the Banjo Kazooie we were expecting, but still a good game! 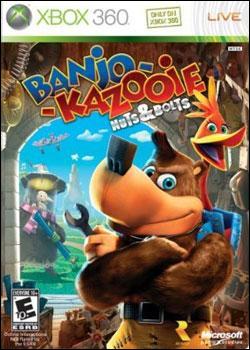 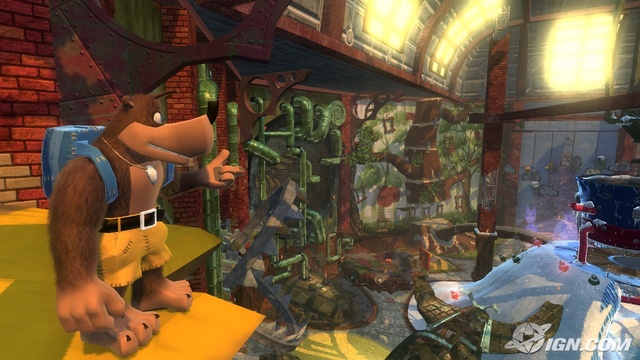 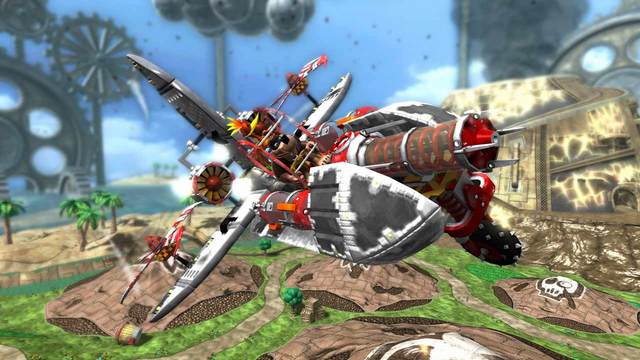 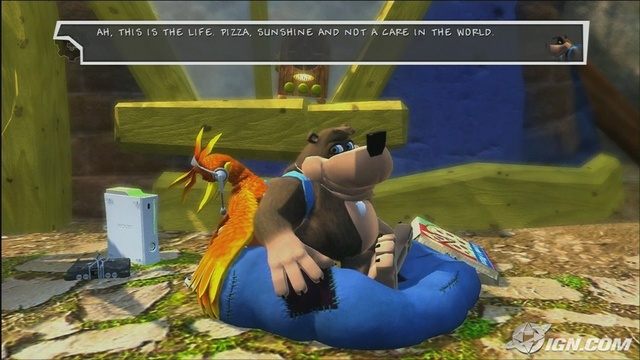 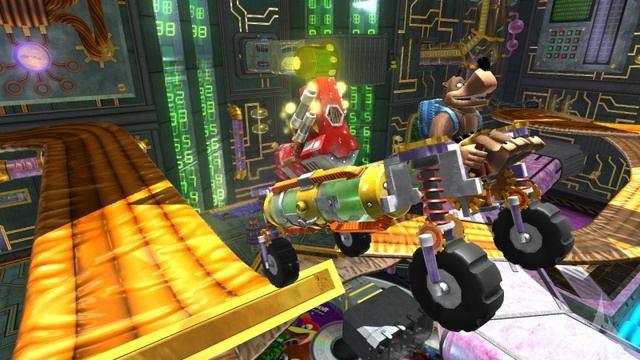 Storyline
So it all takes place 8 years after Banjo Tooie (N64) took place. Grunty digs her way from Jinjo Village all the way back to Spiral Mountain. All that remains of Grunty is her skull. Meanwhile Banjo & Kazooie become fat lumps who don't plan on any other adventures. Grunty, Banjo, and Kazooie meet up again and start bickering at each other (mainly Kazooie and Grunty). All of a sudden L.O.G (Lord Of Games creator of all things video game) pops up and tells them a plan, where you'd battle through vehicles. Winner claims Spiral Mountain as their very own.

I just find the story rushed, and a desperate attempt to bring the Bear and Bird back.

Gameplay
It's pretty much still a platformer. It's kinda hard to explain, but it's a platformer on vehicle. You can travel on foot, through plane, car, and whatever else you can build. There is also a very addictive part of the game called Mumbo's Motors. It's where you go when you want to build your new vehicle. The gameplay takes time to get used to, but after your used to it, it's very fun and easy.

Although it's not what you were expecting it's still very fun.

Graphics
It's definitely different compared to the past 2 major games. Rare wanted to change it due to the fact that they had moved from Nintendo to Microsoft. In the past 2 major games the graphics are more of a realistic look (as real as a N64 game can get), but this game has more of a boxy fairy tale look. It's of course in HD so it looks fantastic.

It's completely different from the N64 games, but it's still very nice and fitting.

Controls
The controls take time to get used to, but after you get used to them it becomes very easy. The platforming part is very similar to the past games, but the vehicles controls are very different.

Sound/Music
The sound in this game really isn't anything to rave about. The cars you drive all sound about the same and really don't impress. That isn't to say that it's bad, just not great. The music on the other hand is fantastic. Imagine classic Banjo Kazooie music remixed into an orchestra theme, now imagine new music that resembles classic tunes, but are completely different. That's the kind of music you will hear in Nuts & Bolts. It all sounds very good and actually makes for an exciting experience.

Learning Curve
Well the main game play takes some getting used to. It really combines platforming with any racing game on the 360. Use the right trigger to give your vehicle power and move in the forward position. Move left and right using the control stick. The on foot platforming is similar to past Banjo Kazooie adventures. Move using the control pad, attack using the B button, and jump using the A button. Once your used to the vehicle gameplay you'll be good to go!

Replay Value
I'd say the replay value in single player is moderate. Although it's a good game the gameplay and story gets a little repetitive. Multiplayer however is a different story. It's always fun to build new vehicles and challenge friends to see who's is faster, stronger, and more durable.

Overall
This addition to Banjo Kazooie is very different then past adventures, but fairly easy to get used to. I highly recommend this game to fans of the series, and people who enjoy platforming games.
Review Page Hits: 0 today (1,241 total)
mediahook