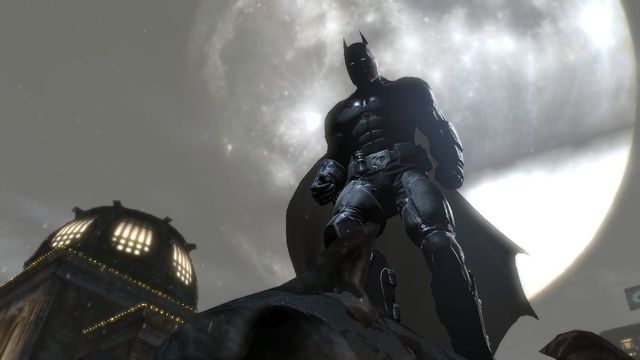 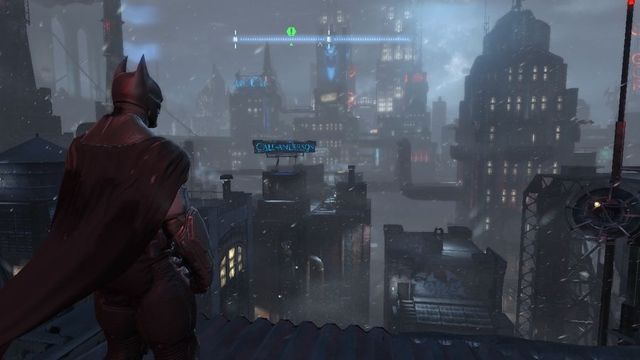 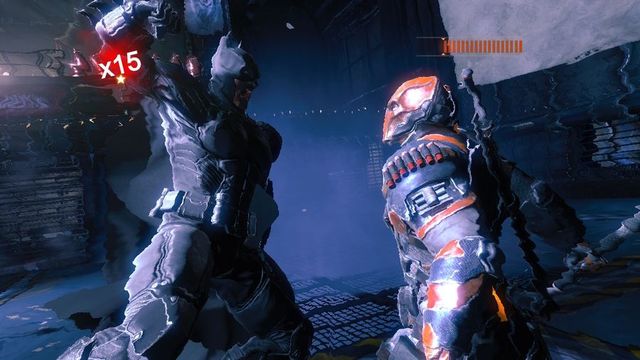 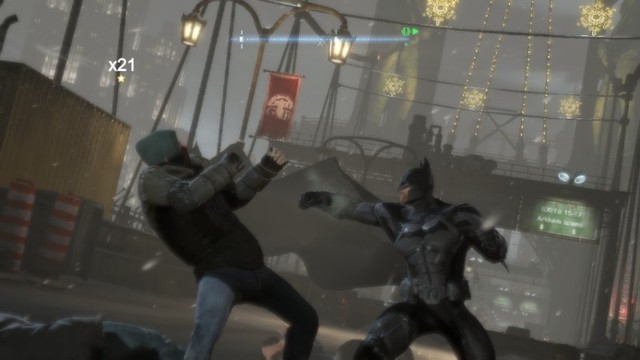 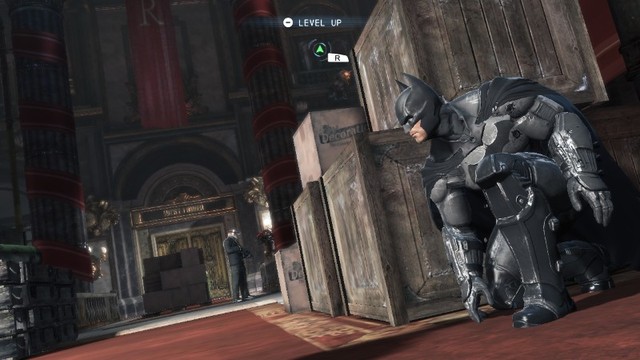 With Rocksteady needing extra development time to get the Batman: Arkham series onto the PlayStation 4 and Xbox One next year with Arkham Knight, the Arkham series was taken up by developer WB Games Montreal. When a well established series is taken over by a new developer, a considerable amount of concern by fans is understandable. Thankfully, WB Games Montreal's project and contribution to the Arkham series, Batman: Arkham Origins, is a fantastic yet flawed entry to the series that successfully can stand in the same circle as Rocksteady's works. Although the Wii U version lacks downloadable content and the multiplayer mode of the other versions, it's still worth looking into for other reasons.

Arkham Origins' story takes place on both Christmas Eve and Christmas Day. Villain Black Mask has put a bounty on Batman for a huge chunk of change, inviting the series' most dangerous assassins to see who can take out the Dark Knight first and receive the cash reward. While the name of the game might infer ideas of Batman's beginnings, Arkham Origins actually doesn't show the origins of any one character, besides the Joker in a late portion of the game. Instead, Origins involves how Gotham came to be well versed about the Dark Knight. It delves into how the bitter and oftentimes complex rivalry between Batman and the Joker came to be, as well as how Batman got onto the right side of Commissioner Gordon. (Oh, and how Bruce Wayne and Batman both became more grateful of outside assistance and less of an "I do things my way and without any help" kind of attitude. All in all, the story takes about 14-16 hours to complete, and that's not even factoring in all of the side content Arkham Origins contains.

The previous Batman game to hit the Wii U was Rocksteady's upgraded port of Batman: Arkham City, which hit the system at its launch. That game featured some haphazard visuals in the form of glitches that took players out of the immersion of Arkham City. While some of the problems in that game have been remedied in Arkham Origins, there are still some pertinent problems that offend the eyes. For instance, there's slowdown on many occasions, outright times in Gotham where the game completely stops mid-exploration, allowing enough time for the city to load, and I had three hard locks within twenty minutes in one particular gaming session.

That said, there's also a lot of good in the visuals. Environments have a visual bounty of details in them, from the numerous billboards, signs, trash fluttering around the city streets, steam rising, amazing particle and lighting effects, and even more immense detail within the city itself that Batman will spend the most time in.

When you're not following along with the engaging and enjoyable story, Batman: Arkham Origins' open world city setting, where the caped crusader moves, runs, glides, and uses his grappling gun to cut across building rooftops in, has plenty to see and do. As the game progresses, various side missions are accessible. These include disarming Anarky's bombs, destroying Black Mask's containers of drugs, rescuing hostages from various villains like the Mad Hatter and Shiva, as well as an Arkham tradition, collecting items of Enigma's, the future Riddler of Gotham City. It's a game that is delightfully non-linear, just like its predecessors.

The latter villain, Enigma, has a multitude of tasks, making for the most involved side mission of them all. He has a plethora of extortion files that he plans to release to the public, thus causing chaos and havoc throughout Gotham. It's up to Batman to gather all 200 extortion data packs that are hidden all around the city, whether they're in the open world city itself or inside areas where missions take place. This is better left for near the end of the game, as most require equipment that Batman won't have access to until he makes enough progress in the story. Thankfully, through roughing up data handlers (i.e. thugs spread around the city) and interrogating them, the locations appear on the player's map.

In addition to data packs, Enigma has taken control of the city's seven radio towers. It's only by taking these back with a mix of brain and brawn that Batman will be able to call in his Batwing for fast travel between these points. While the idea of fast travel is nice, the implementation leaves a little to be desired. There's about a thirty second wait due to loading times in order to traverse between fast travel points.

As for personal travel itself, Arkham Origins does little to fix what's been wrong with past games. It's very difficult to glide around Gotham with strict precision, and sometimes this does nothing but aggravate. This is especially noticeable when trying to land on or into certain areas of the open world, such as when trying to go for one of the aforementioned data packs. I had it on one occasion where I was getting extremely frustrated trying to glide into the inside of an elevated storage container. Batman would hit just outside the zone for entry, having him fall all the way to the ground to my incredible dismay. It doesn't help that Batman also leaps off walls he comes in contact with when gliding, making precision important yet at the same time almost impossible to pull off in this game.

However, one place where precision shines is the Arkham series' signature combat, and it works wonderfully in Arkham Origins as well. The combat consists of chaining punches, kicks, counters, and evasions between a swath of lowly street thugs and henchmen. You can also throw gadgets in to fully utilize Batman's arsenal. Sure, you can just jam and mash on the attack button while hitting the counter button when a foe is about to attack Batman, but through actually being graceful with the free flow combat system, you earn more experience, you deal more damage, and you thus make exchanges look awesome and take less time. It also allows players to see just how many different ways and approaches they can take to each battle and group of goons.

Experience is earned through an assortment of means in Arkham Origins, and is used to upgrade Batman as a whole. Whether it's making him less susceptible to direct attacks or gunfire, to improving the range and usefulness of his acquired gadgetry and combat abilities, Batman can become an even bigger force to be reckoned with than he already is at the beginning of the game.

While a lot of Batman: Arkham Origins uses the majority of the same pages out of the playbook that Rocksteady wrote and used, WB Games Montreal added some new tricks to the Arkham series. The most notable is the addition of crime scenes. These have Batman going all CSI (but without the lame puns, overwrought plots, and worthless guest stars), having the player use the GamePad to scan special points on said crime scene to investigate what happened at these sites. Unfortunately, these offer no means of non-linear investigation, as you have to scan one point followed by another, then another, etc., in a specific order. I personally would have rather seen Batman investigate on his own in a cutscene than need to participate in these interactive investigations.

Outside of crime scenes, the GamePad is used as a map for players inside areas and outside in Gotham. This is a downgrade compared to what Arkham City - Armored Edition offered back at launch, but it's still nice to have a map to simply have to glance down at rather than pause the game and bring up the map like other platform versions require. This is especially useful when gliding around Gotham to various points of interest. You can just look at the GamePad screen and make adjustments to your path from there instead of pausing the game, going to the map, saying "Okay, I'm a little TOO south", then unpausing the game to make corrections to your path, pausing again, and then saying "Oh, crap. Now I'm too far north. Better pause the game to look at the map again!"

Batman: Arkham Origins offers players the Arkham series' first foray into the famous Batcave. It's there that Batman returns to obtain the occasional new gadget, chitchat with Alfred, or engage in a number of training challenges to go along with the game's challenging and optional combat and predator challenges. These reward the player with an amount of points and ranking depending on their skill in each challenge of taking out a room full of foes either with pure muscle and reflexes or pure stealth.

Batman: Arkham Origins may not be receiving the DLC that it was originally going to get, nor does it have the rather useless multiplayer mode of the other console versions (which honestly was a throwaway mode anyhow), but the Wii U version is very worthy of being looked into. Even for someone who does not care for masked marauders, superheroes, or Batman himself, there's enough great combat, action, and adventure to make Arkham Origins a nice pickup for any Wii U owner.
Review Page Hits: 0 today (932 total)
mediahook