A must-own masterpiece, one of the best action titles ever and reason enough to buy a Wii U 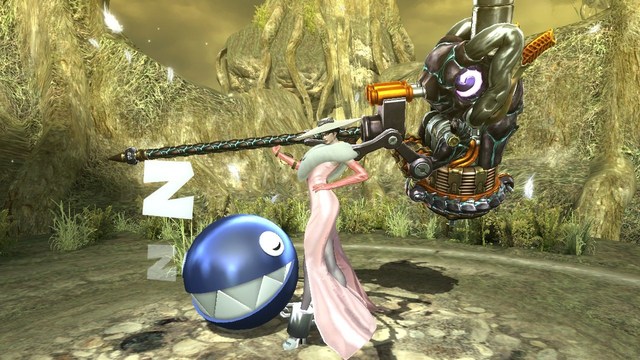 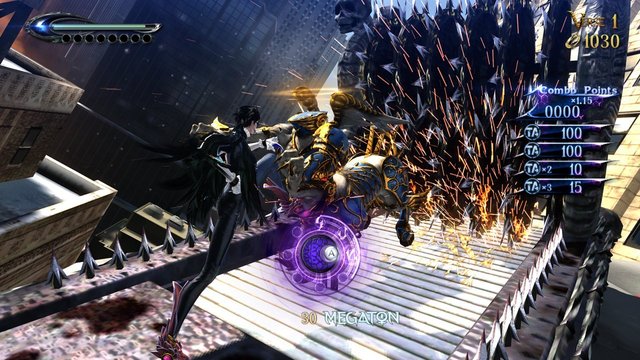 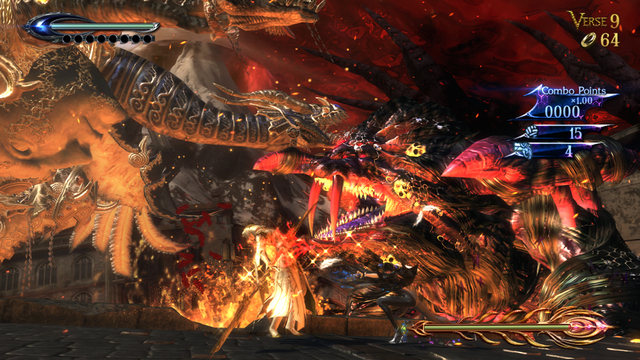 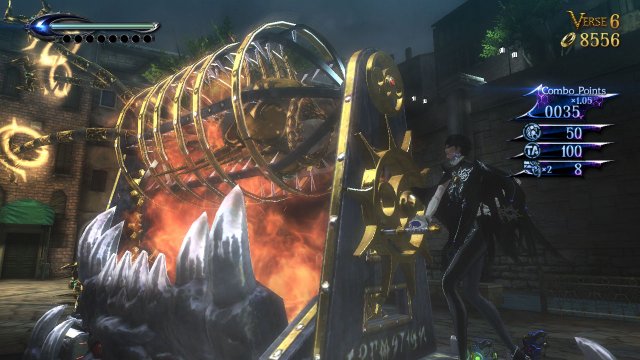 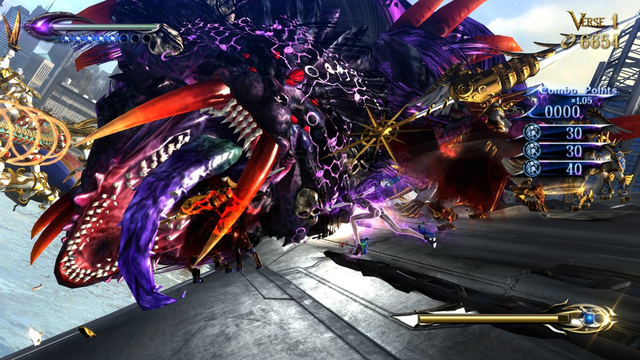 A true pinnacle of action gaming, and absolutely one of the masterpieces of this console generation, Bayonetta 2 is an exclusive release to savor for Nintendo Wii U owners. This is the definition of a showcase video game. The over-the-top attitude of the main character, the truly remarkable variety and relentless pace of the game's combat, all matched with a surprising variety of extra content (much of it Nintendo-themed) make this an absolute must-own title. It's as close to perfect as video games get.

Developed by Platinum Games and published by Nintendo, this is a strikingly violent, hyper-kinetic and at-times frenetic official release from the House of Mario. The head honchos of Platinum, Hideki Kamiya and Shinji Mikami, have decades of experience crafting video games' most iconic action titles, including Mega Man, Resident Evil, Okami and especially the Devil May Cry series. Much time and care was spent turning Bayonetta 2 into such a polished, highly responsive and fluid action game experience. Activating Witch Time by dodging attacks, which slows down the action allowing Bayonetta to hammer away at defense-less enemies, is the main gameplay hook. It allows for lengthy, stylish and oh-so punishing combinations for the player to unleash on demons and angels alike.

Pulling off attack combinations and dodging enemy strikes has a seamless flow, rewarding skilled maneuvering while also catching and punishing player missteps in a fair manner. The Wii U Pro controller is the best one to use for Bayonetta 2, though it means a $50 investment if you typically use the Gamepad for single-player game time. But even with the bulkier Gamepad, the control scheme and responsiveness of combat allow the player total command over the action.

The first Bayonetta, which was an excellent XBox 360 release back in 2009 and is included free in this release on its own separate disc, is totally out-paced and out-classed by this latest game. The sequel's improved gameplay isn't simply about the increased tempo. The increased weapon combinations at our heroine's disposal are substantial, as she can attach different weapons to her feet and her hands, and assign a second set of hands/feet weapons she can switch to at any time with the press of the Right Shoulder button. Launching an enemy into the air or against a wall, and then pressing a button mid-combo for a new set of weapons to continue the onslaught, is easy to perform and very satisfying to execute on a minute-by-minute basis. The scythe deals the most damage, while attaching the whips to Bayonetta's feet extends her attack range considerably.

Mixing in the various blades, whips and swords with ranged weapons like guns and a bow-and-arrow provides over 40 weapon combinations once they are unlocked. Other unlocks include costumes inspired by iconic Nintendo franchises, with trademark sound effects and visuals that add a joyful sense of whimsy to the Mature-rated environment. One example is when the player unlocks Link's garb and equips an unlockable blade, it lets our heroine wield the mighty Master Sword and Hero Shield.

Graphically, Bayonetta 2's color palette and character designs are a mash-up of My Little Pony and "Heavy Metal" Magazine. Calling it a flashy game is a dramatic understatement. Though some environments are set in the underworld, the super bright reds, blues, whites, purples and pinks absolutely pop and jump off the High Definition screen, removing any drab appearance. This game consistently looks like a fever dream version of a top-end Saturday morning cartoon.

Its juiced-up combat, where the heroine furiously swings, swipes, swaps weapons and calls forth disgusting creatures to mete out savage punishment, always remains a fluid 60 frames per second. As much action as there is on screen, the moving parts staying clear and allowing the player to keep their attention on specific enemies is an absolute marvel, with everything staying that focused. I've reminded myself more than once that this stunning looking game is running on the under-powered hardware of this console generation.

What story there is is inconsequential, as it's not the reason for the player to go back and replay missions and clear areas. Your performance is graded by each section where you fight enemies, based on your clear time, your combo score and the damage you take. Earning more points yields more coinage (Sonic's rings!) to unlock more abilities, weapons and costumes. Opening these items reveals more possibilities and strategies for approaching combat. With the incentive of competing against yourself for a higher score on each level, it gives this action game a sizable amount of replay value, especially compared to other action franchises such as God of War, Ninja Gaiden and the afore-mentioned Devil May Cry.

The only negative aspect of this game is the story line, though there are a few appealing characters and definitely some humorous moments sprinkled about. Part of the reason I often skipped over portions of the story was the grating, excessively foul language. Mercifully, there is a Japanese language dialogue option with English subtitles, which I began using around Hour 4 of my play-time. Also, the cinematic sections can be skipped over at the press of the start button, taking you directly into the action and bypassing the narrative should you choose.

I'm 27 hours into Bayonetta 2, more than halfway through a play-through on the "3rd Climax" difficulty (keep your snickering down), and I feel like there's much, much more to this game that I will discover. And I'm saying this a whole year after the game's initial release. There's an online two-player Co-Op mode that I haven't even accessed yet, and I don't feel that I've missed it so far, as much fun as I have playing single-player. I have my favorite weapon sets already, but I'm ready to experiment with different combos to get a feel for other combat options. Getting the official hardcover strategy guide is absolutely worth it, as it's a gorgeous work unto itself with many exclusive images and character renderings. It shares valuable insight into different approaches to combat and specific stage sections, and how to get the most out of earning more coins to unlock more items sooner.

I would own a Wii U just to get to play this game. I can't think of higher praise to give it, and I can't comprehend how this game would be improved upon with a much-anticipated sequel. A pure, Mature-rated joy of a video game.