Black & White II shows promise in many areas, but suffers from a serious identity crisis and crippling lack of difficulty. 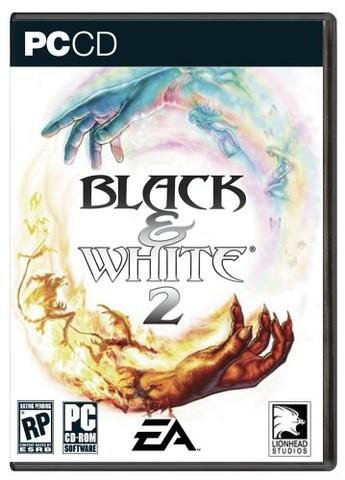 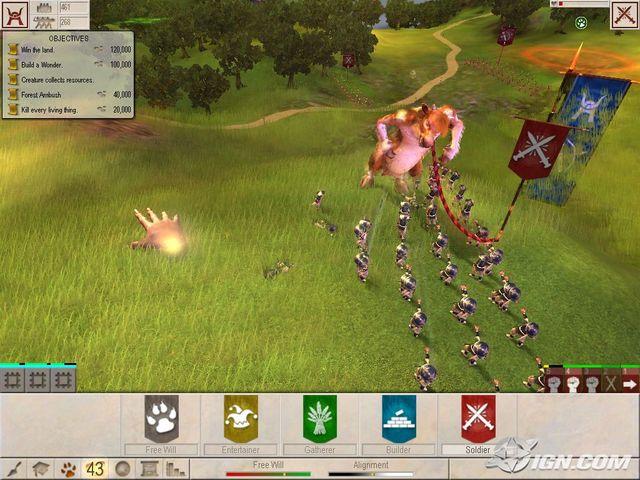 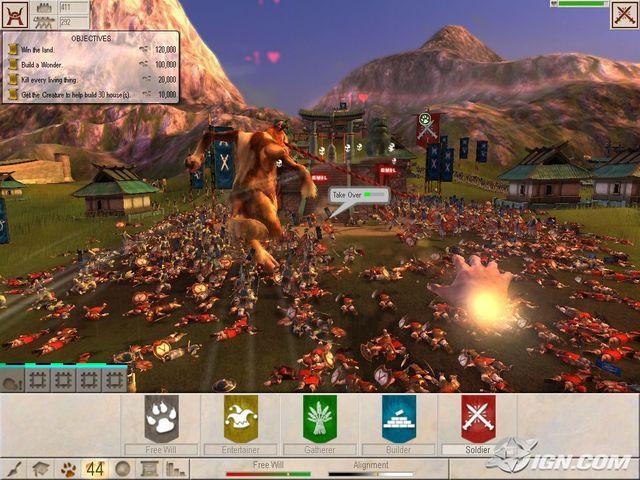 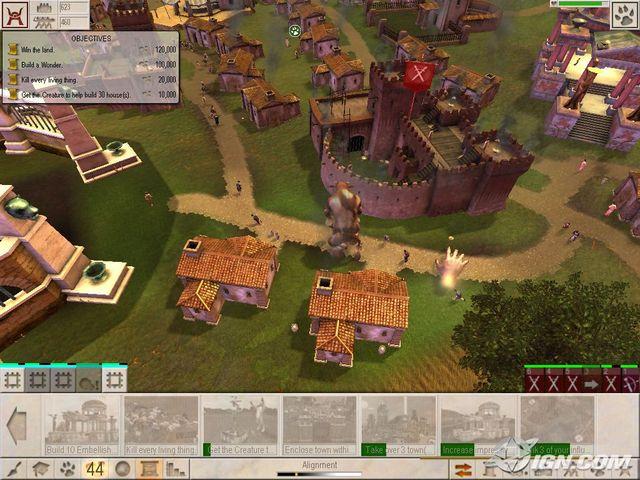 As one of the three people who missed out on the original Black & White, I was rather excited when I put the first of four install disks in for Black & White II. Early reviews, including the infamously tough GameSpot, were positive. Creator Peter Molyneux promised great things, and great things I prepared myself to receive. One installation and a psychedelic intro cutscene later, and I was ready to begin my stint as a member of the Greek pantheon.

The game begins with extensive tutorials. In fact, the first three-to-four islands are little more than glorified training levels. This is understandable - one does not simply become an omnipotent being overnight. What I do not understand is why developer Lionhead Studios decided to make even their most basic tutorials on movement insufferably long and unskippable. A patch was introduced to limit the pain somewhat, but the fact that the first several islands in an already short game were mere "training islands" robs this game of what little replay value it would otherwise have had. Perhaps it's subtle social commentary on what little value we as a society place on reading and education that two sentences in a manual have been turned into a two minute training video complete with voiceover.

The game itself takes place on a series of islands. You, a nondescript Greek god must lead your struggling people from the brink of extinction to dominate the other civilizations. To this end, you will instruct your people, tell them which buildings to construct, send your armies into battle, aid them with powerful spells, and most importantly, give instructions to the ten-story-tall monster that is more often than not the key to victory.

City building is by far the easiest and most enjoyable of your myriad tasks. You simply select the building you and/or your people want from a list (or by clicking a pre-existing building) and drop it down where you want it. Your people will automatically bring the necessary materials, though you can assign specific tasks to your little workers (farmer, breeder, builder, etc.) if you feel it necessary. You can also use your powers to speed up the building yourself, or call upon your creature to help out around home.

Significantly less enjoyable is the military side of the game. Massive platoons of soldiers and archers fly across battlefields and follow your commands accurately (for the most part - see below). Massive creature vs soldier and creature vs creature battles are common. Particularly evil gods can even join in themselves, summoning meteors, hurling massive boulders, and conjuring up mighty wind storms to send your opponents flying.

All is not well, however. The main problem is that your enemies - the supposedly warlike Norse, cunning Japanese, and bloodthirsty Aztec - are totally passive for most of the game. Most of the time, they will send platoons of infantry and siege weapons one-at-a-time for your archers to mow down as they stop dead in front of your walls, unsure of how to proceed. Perhaps to compensate for this, your creature's AI (or at least, MY creature's AI) is severely lacking. Many a time my gargantuan wolf, trained for combat as well as possible, lost battles where he had a clear advantage against opposing creatures. Perhaps it is simply the nature of the wolf creature, but I don't think beating one's chest and howling when you have an opportunity to land a crushing blow is an effective way to win against an enemy that will maul you mercilessly given half a chance (say, when you're beating your chest instead of fighting).

Bugs, too, caused many problems. Portions of my city turned black for no particular reason. Archers refused to get on top of my walls more than four at a time (leaving the rest firing their archers from inside a stairwell). Walls broken by the inevitable earthquake or giant gorilla attack are painfully difficult to repair if they are outside your "zone of influence", as you can neither work on them yourself nor assign workers to them, and your creature will simply be too confused to do anything should you assign him to the task.

Ultimately, it is not the bugs that kill this game, but the lack of a clear focus. The game has you building cities better than Will Wright, but things like undetectable changes in elevation and overly distant resources force you to jump through hoops. The game is an RTS, but the AI of both the enemy commander and your own creature suck all the fun out of the potentially epic battles. Plucking a catapult's payload from the sky and returning it to the sender, lighting forests ablaze as enemy troops move through them, and bashing the head of the opposing creature with a large rock are all great fun - but completely overshadowed by the lack of difficulty and replayability. Perhaps if Lionhead had made the game strictly a city-builder or an RTS, these problems would have been avoided. As it is, they all but ruin an otherwise enjoyable game.
Review Page Hits: 1 today (77 total)
mediahook