Criterion's over-the-top first-person shooter impresses, but is no more than a solid rental due to a lack of any kind of replay value. 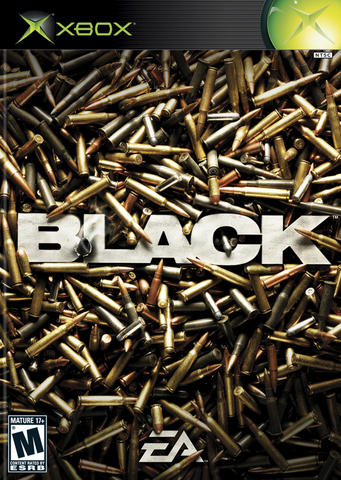 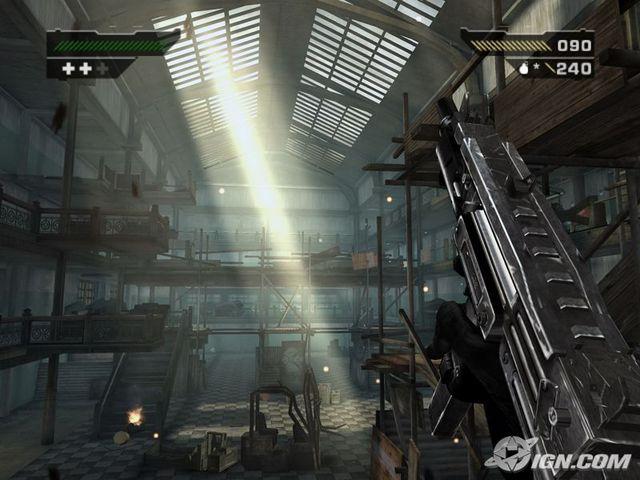 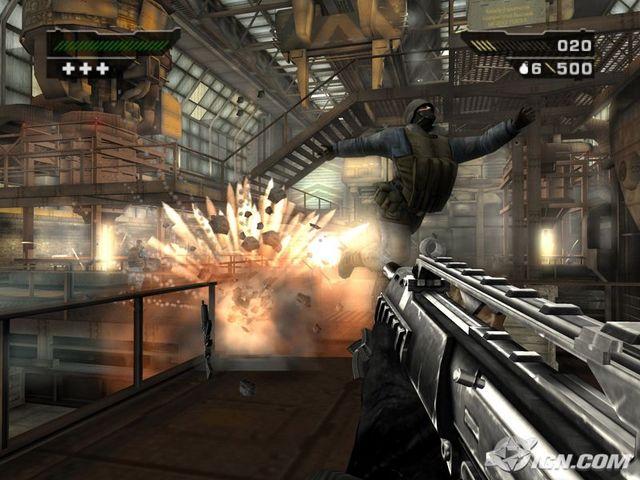 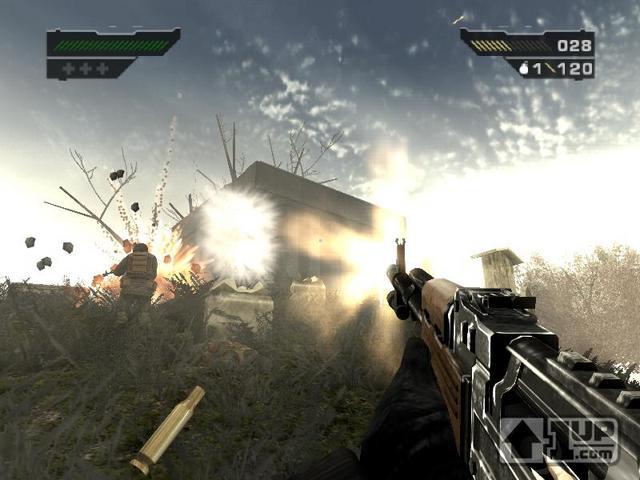 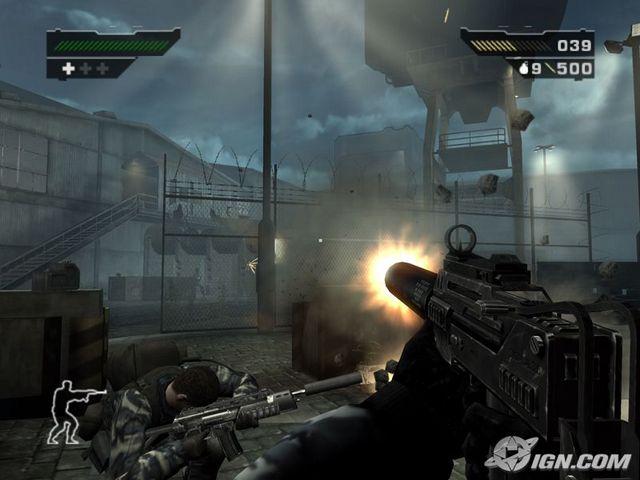 With its impressive production values and visceral gunplay, Black is recommended to play but not recommended to purchase at full price. Limited replay value in the form of incredibly repetitive gameplay, along with no multiplayer modes, keeps the guns-'n'-destruction extravaganza from capitalizing on its seemingly infinite potential, nor fulfilling fan's sky-high expectations as Burnout series developer Criterion's first foray into the first-person shooter genre.

It's obvious where Criterion put most of its effort into this game: Black's audio-visual presentation is absolutely top-notch, throwing bells and whistles at the player like no other console first person shooter has before. Black's graphics are stunning, as the environments are almost as detailed as they are fully destructible. The game is equally adept at awing the player with "artsy" graphical touches as it is with flaunting sights of widespread destruction. Just one example of this great graphic balance is that for every time there's a fantastic looking fireball sprouting from a rocket slamming into a large gas tank in the distance, there's a room filled with wonderfully detailed moonlight or sunlight pouring in through windows, creating an almost dream-like atmosphere during breaks from combat.

But getting back to those rockets, console gamers have never seen environments completely obliterated in such a striking fashion as in Black. Everything in this game goes blazing skywards or disintegrates into dust with an "Ooooo, that's gotta hurt" flair. When the player creates a substantial explosion, and there are many, there is an astonishing heat wave effect left over the smoldering ruin, like after blowing up a car, that adds to the satisfaction of tearing Black's environments apart. This detail reminded me of something from the movie Black Hawk Down, where smoke bellows out from the buildings of Mogadishu, Somalia as the U.S. choppers are seen flying overhead. I'm sure Criterion would take that as a huge compliment.

As good as the graphics are, it's the sound that makes Black's combat come alive, giving an incredible amount of chutzpah to the weapons and the explosions. They really make all the difference in a game like this, as so much of the effect of the gameplay on the player boils down to whether the sound is convincing or not, and it really is in Black. Each weapon has its different firing noise, from the rapid spray-fire sound of an uzi to the duller sounding thud-thud-thud of successive M16 rounds. And the sounds for the grenades and rocket launcher, especially when a rocket is fired and a trail of smoke barrels toward the player or the enemy, are so convincing that it would not surprise me a bit for anyone to literally duck their head when such a weapon is fired in their direction. It's that good. And the orchestra soundtrack is even better than the one in Mercenaries: Playground of Destruction, really lending drama and gravity to the carnage.

The only drawback to the sound is the really, really forced delivery of profanity through the periodic radio chatter. It's easy to see that it was done to lend Black a kind of cheesy B action movie gusto, but swearing just for the sake of swearing with no pertinent story-value (it doesn't make the situation feel anymore dire saying "Well how the f*** am I supposed to know?") is very unappealing. Still, only a minor quibble.

And then there's Black's weapons. Just like the graphics and sound, these things are detailed, convincing as well as over-the-top. A single shotgun blasts blows away a plaster wall and a 90 round-clip from an uzi leaves a room looking, well, like it had just got the crap blown out of it from an uzi. Concrete and dirt fly everywhere when hit, and so do most enemies. There are three different pistols, seven different automatic weapons, two types of shotguns as well as grenade and rocket launchers. My personal favorites are the Mac machine pistol and the grenade launcher. I cannot express how satisfying it is to lob a grenade from the launcher over 150 virtual feet away and knock out a heavy machine gunner and a few of his buddies. And the throwing grenades are fun to use as well, as it's very satisfying to throw and shoot them just as they reach their target, causing them to explode in the air. The grenades' lower throwing arc takes some getting used to, but they are an incredibly satisfying part of Black's arsenal once the player becomes accustomed to them.

Unfortunately, Black falls apart when it comes to its replay value. It does not have multiplayer of any kind, something that I figured first-person shooter developers would see as a necessity after Goldeneye's release, but this omission is not the death knell that some people would believe it to be. Instead, Black loses its replay value because, from a gameplay-design standpoint, its levels are repetitive and the action becomes numbing because of the lack of variety found in the gameplay.

Black reminds me a lot of a light-gun shooter as far as its approach to its action. Players go from point to point to engage the enemy, usually with the baddies waiting for the player at these particular points. Players then either find cover and shoot or, as allowed in a first-person shooter, fall back to gain some distance. So basically, Black reminds me of a much prettier Crisis Zone set outside an office building, except with dumber enemies.

While this approach is not very deep, it's not Black's main issue. Its main issue is what I said earlier, its lack of variety. You find an enemy, you shoot, often times more so than necessary. And between shooting, Criterion decided it would be, I don't know, rewarding maybe, for the player to go on a scavenger hunt and pick up different "items" strewn throughout the levels, such as important documents giving locations of Iraqi WMDs or a list of names of operatives embedded in terror networks. It gets too dull too fast, especially since almost every level has the player taking a direct line to the end of the stage.

The only level that capitalizes on every good aspect of Black is the next-to-last one, the Graznei Bridge level. In this one, the player faces a constant barrage of pretty challenging enemies, with an open-ended approach to how to take care of them. The player can either take pot-shots at the enemy from a distance (since weapons can switch between single-shot, burst, and fully auto firing modes), or try to take care of them up-close, incurring the wrath of the other enemies. The player can duck behind cars (or blow them up), go on top of the beams of the bridge and rain destruction down upon the pitiful fools or sit back and lob grenades at the land mines and let them take care of the hard work.

That level is loads of fun and worthy of replaying several times over. Heck, if Black had seven other levels as fun as the Graznei Bridge level, this game would earn a solid B and be worth owning.

But as fun as that one is, the other seven levels are equally, mind-numbingly repetitive. This can be overlooked on the basis of just renting Black. It is not recommendable as a purchase though, simply because the game gets very dull after the first play through.

While not without its merits, Black is crippled not by a shortage of ammunition but by a severe shortage of replay value because of unfulfilling, lackluster gameplay design.
Review Page Hits: 3 today (967 total)
mediahook