Blade Runner is an enjoyable adventure game based on the movie by the same name. 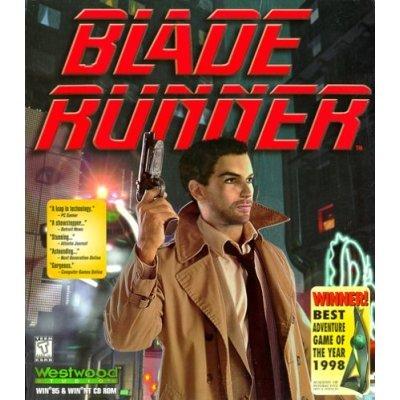 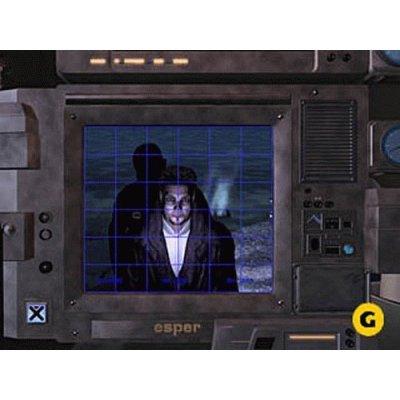 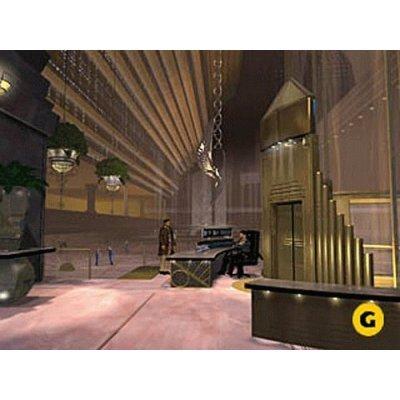 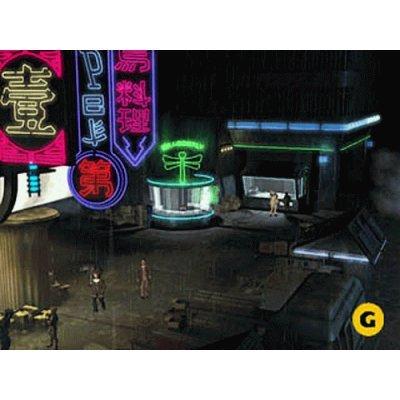 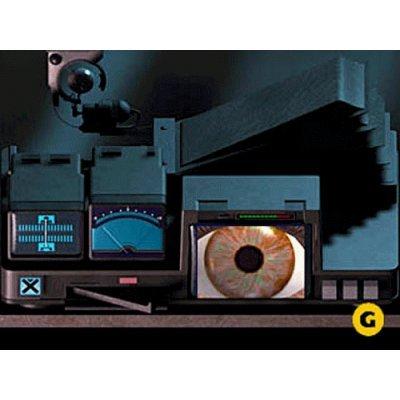 As we all know, most of the time game companies try to make a game from a movie, it usually bombs in their face. But thankfully there are exceptions, and Blade Runner is one of those gems amongst some horrible game adaptations.

Blade Runner is loosely based on the movie by the same name starring Harrison Ford. This game was created by the boys and girls at Westwood, and they did a fairly decent job. If you never saw the movie, than let me give you a brief summation of what this Sci-Fi world is all about.

The year is 2019, and there are humanoid robots, known as Replicants. For the most part, they are used for slave labor on mining operations that have been set-up on the moon. But occasionally these Replicants escape and try to mingle within the regular population. The Blade Runner cops are part of a special police force specifically set-up to deal with any Replicant problems, and sometimes they do it with extreme prejudice.

In this game version of the movie, you play one of these Blade Runners. Your name is Ray McCoy, and as the game progresses, you will be forced to make some choices that may determine if your future as a Blade Runner will continue.

Gameplay
This game was fun. It is a very easy to use point-and-click adventure game, with convenient keyboard shortcuts for menu options and so forth. Let me first mention some outstanding features concerning gameplay. First and foremost, the story was entertaining, and if you liked the movie, than you will definitely like this game, otherwise you might want to steer clear of it.

Another good feature was the shooting range. This area is located at the Police Station, and you can go there anytime during the game and practice your shooting skills. I found this to be a nice way to keep your trigger finger well trained and ready for anything that might try to attack Ray. It also keeps a running score of how well you do, and there is another officer (Steele) that you may find yourself always trying to beat.

This game is full of interesting characters that you will have a chance to interact with and at times need to deal with in order to progress the plot. Of course it would not be an adventure game without some decent puzzles. Like any other cop, you will have to approach these puzzles with an investigative mind and use any items that you have gathered.

Last but not least, I must mention the unique device used to determine if a character is a Replicant or not. The last image on the right is a screen shot of this device. It can be accessed in the dialogue options, but in order to do that, you must first set the main options as "user control". When Ray uses this device, he will ask a series of questions, and try to get a response out of the person. How the subject reacts to these questions, will determine if they are a Replicant or not. I think for the most part, I enjoyed this part of the game because there are some weird questions that Ray will ask.

About the only gameplay flaw that I noticed, was that this game was short. There are five acts in total, but in it's defense, there is a possibility of multiple endings, which if you decided to try and experience each possible ending, than the game could be much longer. I will talk more about the multiple endings in the Replay Value section.

Graphics
The graphics were decent in this game. There was one particular aspect of the graphics that I found confusing, and maybe some of you technical gamers can explain this to me. But I noticed that the graphics on the movie cut-scenes were much better than the graphics on the gaming screen and when you were just regularly playing the game. I don't understand how they can differ that much, but there was definitely a noticeable difference. Another graphic feature that was unique were the machines used to exam photographs that Ray would find during his investigation. There were two of these machines at his disposal, one in his apartment, and one at the Police Station. They would scan the pictures, and than you could zoom in or out on certain pixels within the photograph and find more clues to help Ray solve the case.

Learning Curve
This was an easy game to operate, and it did not take much time at all to learn the mechanics of movement and other needed actions. As I hinted at above, most of it was mouse driven, and in the point and click style. No tutorial section, but with such an easy interface, none was needed.

Replay Value
This game is well worth another go around. As I mentioned before, there are multiple endings available in this game, and they are determined by what dialogue choices Ray makes during the game. At first I thought there were only a few possible outcomes, but when I looked at some other sites for Blade Runner, they were describing a possibility of 20 or more different endings. That is amazing. When a game will not always end the same way, than we gamers are more likely to return to it and see how our next time playing may differ.

Sound
The sound was excellent in this game. I found no flaws whatsoever in this game regarding the sound. Each character had their own unique voice, and there was plenty of Sci-Fi like music in the background. About the only weapon sound to speak of was Ray's gun.