Mutants, murder, and millions of guns. What more could you ask for? 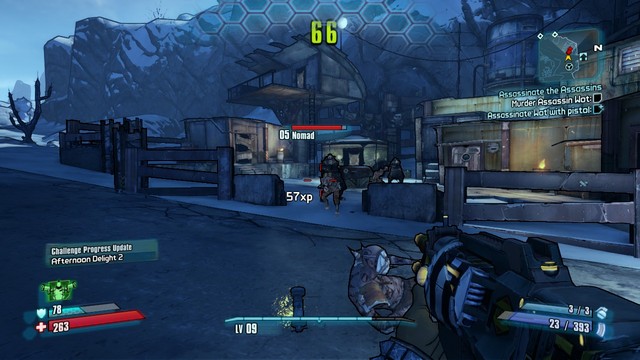 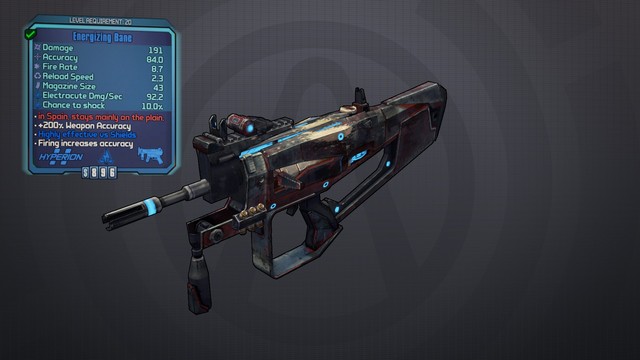 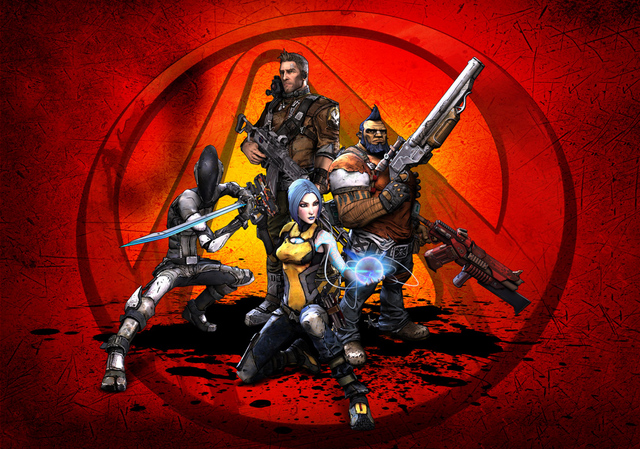 Four new vault hunters travel to the world of Pandora in search of treasure and loot. Joined by the characters from the original Borderlands, they quickly find themselves caught up in a massive quest to save this world from Handsome Jack's imminent danger.

Drawing from the expansive randomly generated lottery type loot system, similar to Diablo, Borderlands 2 improves upon its predecessor in almost every way. With a more cohesive story to drive the hours of grinding and a completely revamped arsenal of weapons, the game provides hours of fun. There is even more emphasis on crude humor in Borderlands 2, and though it has a somewhat predictable story, it fits well into the world of Pandora with which veteran players are already familiar. The new vault holds an unknown power called "The Warrior." Handsome Jack, the game's evil super villain, wants to reach the vault before you do, but with help from all your past friends and some new faces you soon find yourself in a race against time, fighting new enemies and searching new lands.

Characters are less weapon-specific and more diverse compared to the first Borderlands, and to top it all off, there is a new and revamped inventory and trading system which makes it easier than ever to compare loot. This makes swapping items in and out of your backpack more fluid and keeps the action going.

The sheer variety of weapons in Borderlands 2 is unmatched by any modern game. Given the fact that the original Borderlands broke the world record for the most guns in a video game it is kind of expected. There's even a new inspection feature for each of the potentially millions of weapons in your arsenal. Guns are divided into more manufacturers this time around, and each manufacturer has qualities specific to its brand of guns.

Tediore, for example, focuses on guns with the fastest reload speed. Once you run out of ammo, these guns can be thrown and explode like a grenade. The more ammo left in the chamber, the more damage the explosion does. In contrast, Jacobs manufactures guns with extremely high firepower but slower reloads. Maliwan weapons have a lower base damage but focus on elemental effects, while Hyperion weapons have the highest accuracy in the game.

This time around Gearbox added a new weapon specification: Elemental Effect Chance. Now you can focus on guns that have high elemental effect damage or low damage with a higher effect chance. Not to mention a new element called Slag has been thrown into the mix. Hitting an enemy with this causes them to be more susceptible to gunfire and elemental attacks from other guns. This is a great new team-based mechanic and leads to some pretty interesting new strategies for taking down the toughest enemies.

The world of Pandora has changed this time around. The new lands in this game are really masterful. The original game had a very dull color palate but a very creative art style. Borderlands 2 capitalizes on this potential and fully delivers. Your travels take you through acidic underground caverns, arctic mountains, lush highlands, and the shining city of Opportunity, which is full of skyscrapers and sleek buildings. Your surroundings feel more alive due to all NPCs acting lively and constantly moving. Characters in this title have very distinct personalities and often a dark cynical side, regardless of the initial happy-go-lucky charm they first show. Their methods for catching Handsome Jack are sometimes unconventional, and the game's story will keep you interested.

Gearbox did a fantastic job staying away from the traditional fetch-and-go quest structure of most games of this ilk. The missions vary enough to make the story interesting, but the optional missions can sometimes become more trivial and tedious if you plan on tackling them all. Another reason to keep playing is the introduction of Badass points, and Badass rank. You gain Badass points by completing in-game challenges, After getting a few points you receive a Badass token that can be used to give a small stat boost to a set of core mechanics. These boosts are not just relegated to your specific character but are linked to your profile. Your points and tokens transfer between your different playthrough and characters.

Borderlands 2 is a fun and exciting experience, and the few minor problems do nothing to take away from the overall experience. All things considered, this is a game that had high expectations and in my opinion, surpassed them all. I strongly suggest picking up a copy of Borderlands 2 if you were a fan of the first and are looking for another great time.
Review Page Hits: 0 today (242 total)
mediahook