Activision brings out the big guns with Call of Duty 2 on the Xbox 360. 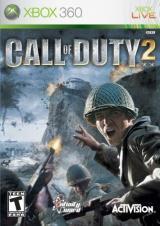 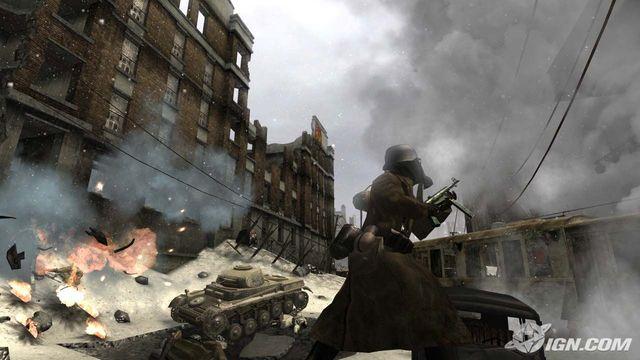 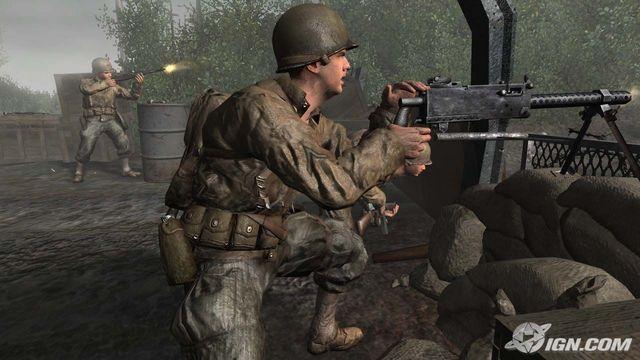 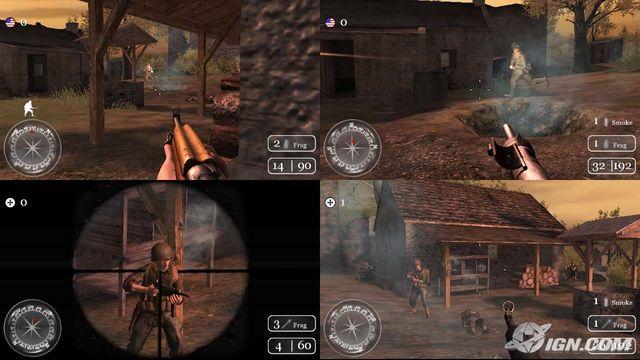 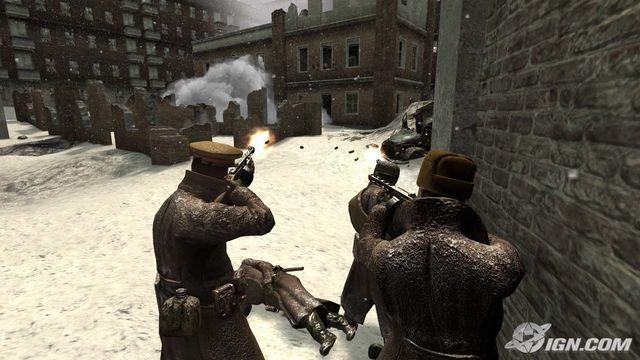 Call of Duty 2 is, without question, the must-have launch title for the Xbox 360. It may be a port from the PC, but it's a great game with such high quality production values that it almost feels as if it was made to be an exclusive Xbox 360 game.

Graphically speaking, Call of Duty 2 is top notch. Everything about it is detailed. The levels are all very well laid out and they look amazing. When you're tearing through the war torn streets of Russia I guarantee you will really feel like you're in WWII. One of the most impressive things that this game does graphically is the smoke. You'll be seeing a ton of it from explosions and grenades, and it all looks incredibly real. It hangs over the battlefield as grenades and mortar shells go off. When you toss a smoke grenade into the fray, approximately two feet of the space is visible if you rush in immediately. So, while the smoke may be a minute detail, it's amazing to see it in action. Everything else about the graphics is just as well done as the smoke. The character models look excellent and the guns look excellent.

The gameplay is your standard FPS action. Call of Duty 2 doesn't really bring anything new to the table, but it does everything very well. While Call of Duty isn't a squad based shooter, you constantly have a squad of soldiers with you. You can't give them any commands, but you get the feeling of a close knit squad. They'll watch your back for you, toss enemies grenades back at them and basically do their best to complete the mission. The only complaint I have about your fellow soldiers is that they will often just stand around until you move forward, so you sometimes get the feeling of being a lone soldier as you'll be fighting alone for a few seconds until your back up arrives. Another downfall to the gameplay is the regenerating health shield. Almost exactly like Halo, all you have to do once you've taken some damage is duck behind something and wait a few seconds, you're good to go. Now, this works in Halo 2 because you're a super soldier in the future. It doesn't work so well in Call of Duty 2 because, well, they didn't have regenerating health shield in the 1940's. Once you get past that though, everything else is nearly perfect.

The multiplayer mode is great. The maps are all fairly small, with the exception of a few, but this works well for the game. There are a lot of buildings to hide in and snipe from, and you're guaranteed to get in a ton of battles in the middle of the abandoned streets. When the game was first out, lag was a terrible problem. Out of 5 games you were bound to encounter EXTREMELY bad lag in at least 3 of them. Since the release of the game this has been remedied by a patch you can download from Xbox Live. There are many different modes to choose from - the standard fare of deathmatch, CTF, and such. Like I already said, nothing revolutionary, but all done very well. Offline multiplayer is fun as well. If you can get 4 people together then this game is really fun. It's very similar to Goldeneye 007 for the N64 with its offline multiplayer, which is an awesome throwback to the classic multiplayer days.

The sound in this game is awesome. It's one of the primary factors of the game that really makes you feel like you're in the middle of the war. You can hear everything. Bullets whizzing by your head, explosions, guns firing in the distant, Germans yelling out orders, etc... The list goes on and on.

As I've already stated a couple of times, it comes down to one fact. Call of Duty 2 doesn't bring anything new to the FPS genre, but it does do everything that we've come to expect in an FPS much better then most other games in the genre. If you're one of the proud owners of the next generations newest system then you have to make sure that Call of Duty 2 is in your Xbox 360 library. I look forward to seeing where this series goes with future installments.
Review Page Hits: 0 today (131 total)
mediahook