The Wii needs a quality FPS!! 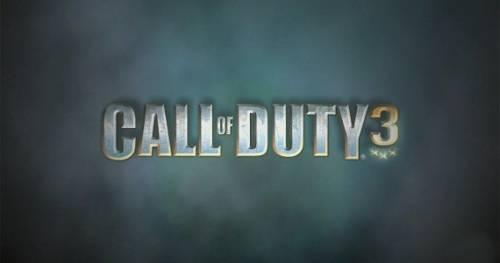 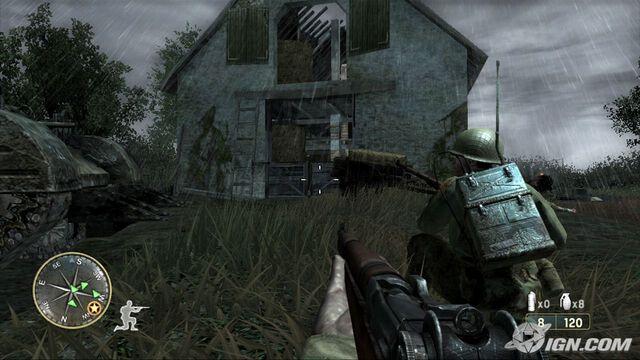 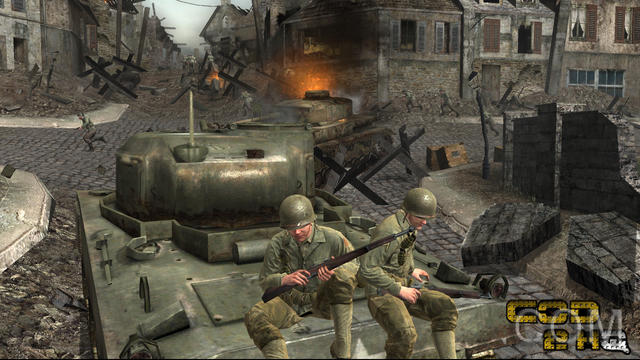 As a launch title, Call of Duty 3 is one of two first person shooters to be playable on the eagerly anticipated Nintendo Wii. The imaginations of gamers everywhere have been bubbling for months on how exactly the Wii would handle traditional game types, and many looked towards Red Steel and Call of Duty 3 for how this new console could innovate tried and true genres. After playing through the game, Call of Duty 3 feels like it has made some progression over a traditional dual analog setup, but still comes short of reaching holy grail that is the keyboard and mouse setup.

Two modes for aiming have been included, and can be selected in the options menu by turning on or off an option named 'Dynamic Aiming'. Dynamic aiming is the loose control method that is featured in the majority of videos featuring actual Wii gameplay footage. Having it turned off gives you a gun that is fixed on the center of you screen. When I first started to play the game, I played through the tutorial level using both control types to find which mode better suited my tastes. I quickly chose dynamic aiming. The loose mode of firing allows you to get an indication of where your pointer is aimed at your TV screen, enabling you to gain better control over your movements. Without dynamic aiming the process of moving throughout the game becomes tricky and even clumsy at times. Call of Duty 3 also features some unique context sensitive actions that work with the remote. These seem to be added in just to take advantage of the controller, and don't feel really polished. It can be nearly impossible to pull off some of these moves the first time you are approached with them, and I ran into some sections where I needed to replay the movements over and over again to finally get them to register. It's a novel idea, but a horribly executed one.

Call of Duty 3 follows the standard formula put out by every World War II shooter - shoot Nazi's and achieve whatever other side objectives are thrown at you. Then you have the usual Call of Duty production values to top it all of. The experience of a Call of Duty game feel much more cinematic and action packed. The main change I felt in the Call of Duty formula lies within the in game scenes between the soldiers in your squad. These scenes added no real depth to the story and felt tacked on and cheesy. I won't delve into the story, because it is straight forward World War II history, but it has players fighting in a variety of missions from the point of view of American, Canadian, British, and Polish soldiers. Enemy artificial intelligence is good, but by no means excellent. They employ military tactics in a somewhat decent manner, and you shouldn't find any glitched enemies (at least I didn't). This is one of the few parts of the game where you won't find glitches. Call of Duty 3 was obviously rushed from a porting perspective to make the Wii launch. It had been previously in development, and this port is simply the XBox or PS2 version with tacked-on Wii controls. One example of a game-ruining glitch immediately comes to mind. Occasionally you can lose control of your character and he will go nuts - firing, moving, and looking around by himself in glitchy kind of way. It would be interesting to know how this got past the quality assurance department and made it into the final launch version.

Since the main focus of this review is to show how a FPS can translate to the Wii, I will only slightly touch on the graphics and sound aspects. Visually, Call of Duty 3 caused quite a stir because of muddy textures and blocky character model pre-release screenshots. Even with a final copy in hand, the game doesn't look much different from the screenshots. You will in now way confuse this version with the other next-gen offerings. It is playable, runs at a steady framerate, and doesn't look overly bad, but it pales mightily in comparison to the Xbox 360 and PS3 versions. Audio wise, it sounds good, but occasionally sound effects will drop out and you won't be able to hear your gun reloading for example. The speaker in the Wii remote isn't used, but I'm not sure how quality a reloading sound from the Wii remote speaker would be.

Call of Duty 3 is a passable launch title, and a nice starting point for FPS enthusiasts. The Wii still has a lot of ground to cover before it has a must-play FPS, but the parts are in place to hopefully someday create an epic shooter experience. Because of the present glitches, however, I wouldn't recommend buying this game - at least not at full price. Try giving this game a rental or buying used for a passable FPS experience on the newest Nintendo home console.