This game could have been more than just a copy of previous installments. With its unnecessary gameplay mechanics, dumb AI and forgettable story, Call of Duty 3 is nothing new in terms of fun. 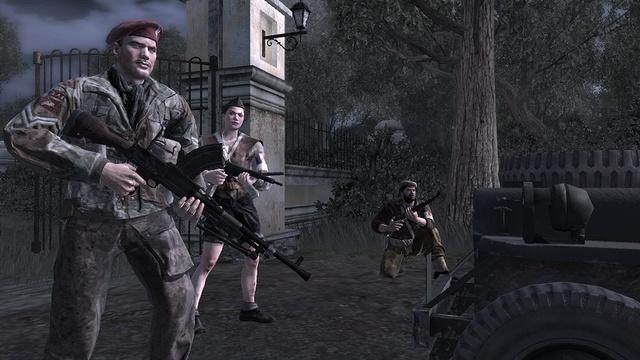 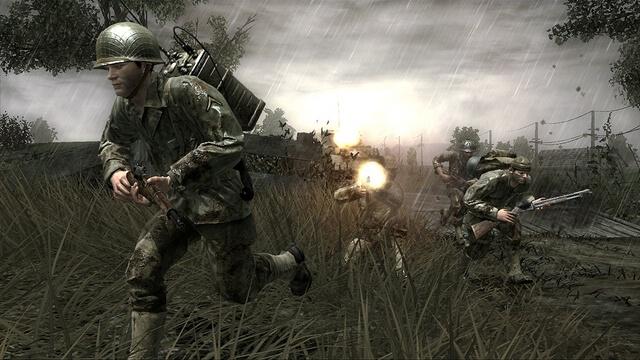 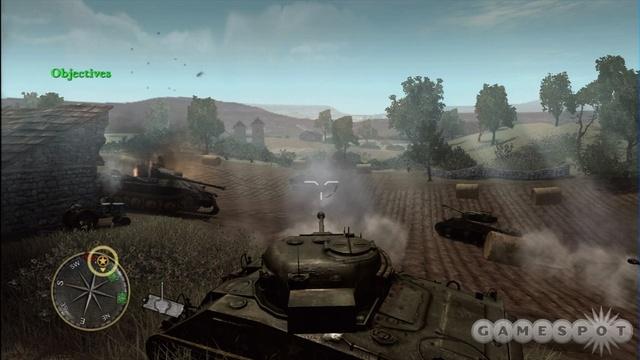 World War II has always been a showcase for great movies and videogames, as players can always imagine shooting down enemies while running and gunning through the harsh terrain of the European battlegrounds. Many of the best shooters have origins in and around the World War II era. However, even with the countless hours of movies and videogames, the subject matter could get a little stale and the war itself can lose some of its initial grandeur, glory and meaning.

Call of Duty 3 is no exception, as it gracefully plunges players into one of the most important wars in history. Yet, as you shoot down hundreds of enemies and help regain lost territory, you can't help but think that this has all been done before. The surefire, tried-and-true formula of Call and Duty is still intact, as players take control of numerous factions taking turns crushing the Axis power of Germany. Previously, players only got the chance to act as Americans, Russians and British soldiers during the war, but in Call of Duty 3 they can now storm the field as Canadian and Polish soldiers as well, adding to the overall effect of how countries became unified for a cause.

While the two new allied factions add depth and originality, Call of Duty 3 feels awfully convoluted at times and often seems hard to know exactly what is going on. Most people know that the basis of Call of Duty 3 is to crush the opposing forces of Germany. The grand scope of World War II is epic enough to create a moving storyline, yet the developers at Treyarch felt it was necessary to give everyone in your squad a name and show unskippable cutscenes before every mission. Not only is this incredibly asinine (honestly, who really cares about a British solider arguing with a French citizen?), but the game's missions move back and forth between the different factions almost on a whim, creating a cluster of *potential* storylines and character plots. It will almost be impossible to follow any specific character's storyline throughout the game, as there are so many, and the numerous named characters and scenarios make the game feel more like a shooter soap opera than a war.

Even with the hard-to-follow storyline, Call of Duty 3 does a good job of offering new and exciting objectives and missions to tackle. Each squad has their area of expertise, so whenever you control American or British forces, for example, you will be shooting a lot of Nazis on foot while infiltrating a building, as opposed to using a Polish solider in a tank. The real exciting factor in these missions is that not everyone will always be fighting on the same plateau. Some missions have you going inside a fuel depot to destroy the enemy's transportation, while other missions take you to the frontlines themselves, as you must use cover fire to protect your squad mate strapping a bomb to a tank. Call of Duty 3 does a great job creating a riveting atmosphere full of loud explosions and dead bodies.

But even with the great on-foot missions, as soon as your character hops into a vehicle the game takes a hard right into boredom. The tank missions have never been duller, just simple roaming and shooting affairs which almost always end in disaster as the controls never feel as fluid as they should. Luckily Treyarch has added a new vehicle to the mix, an armored vehicle that the player can both drive and shoot during the course of the game. Although the latter only happens once, you will find yourself driving most of the time through a maze of bullet fire and explosions as you race to the next well placed objective.

Of course, these driving sequence would be a lot more fun if the enemies weren't brain-dead most of the time...sorry, all the time. Call of Duty 3's enemies are some of the worst ever in a shooter. For a game that has such a great atmosphere, it is almost ruined by the terrible AI. Enemies run at you full speed while you are on a mounted turret, they reload in the open without hiding, and they even shoot at their own squads (it has happened numerous times). It's a real shame considering how engaging and action-packed the missions are, and one can only think of how much better they could have been if enemies acted more intelligently.

That's not to say you won't die a lot, because you will. Even if the enemies are dumb, they know how to fire a gun, which is always a bad thing. You will often find yourself hiding from enemy bullets as you try to pinpoint the source of fire, or trying to find a new position to take cover. It's often fun to learn your way around the battlefields since every part of the level is open to kill the enemies, and there isn't a single, designated path to follow. Call of Duty 3 has your standard means of disposing of enemies, with assault rifles, automatics, pistols and rocket launchers of course. Grenades have a greater impact this time around as now enemy grenades can be picked up and thrown back at them to explode on impact. The enemies can also do the same thing as well, so be prepared to play some deadly games of Hot Potato.

Scenarios like this help separate Call of Duty 3 from others in the series, but even with the cool locales you can't help but feel it's all the same. You move with your squads to a specific point, shoot a few baddies, rinse and repeat till the level is complete. Treyarch seemed to notice this endless trend and decided to throw in an obscure, if not pointless, button-pressing minigame to break away from the hectic shooting. Simply put, if you are arming a bomb, you will be commanded to hit a specific button on your controller or turn the analog stick in a specific direction. Not only does this feel completely out of place in the overall scheme of things, the slightest mishap will end in instant death, which means restarting from your last checkpoint. To make things worse, there are times when you will do a tug-of-war sort of game with an enemy where you must wrestle the weapon out of his hands. While the same type of mini-games is in effect here, you must pound the buttons repeatedly in order to succeed, so those of you with slow reflexes or afraid they might break the controller will be in for a very rough ride. Luckily, these button type mini games only happen three, four times throughout the game, so you don't have to worry about it that much.

Even with these new gameplay mechanics, Call of Duty 3 is mildly enjoyable for the fact that it has superb visuals and sound. In World War II franchises, Call of Duty 3 epitomizes what shooters should be in the future, because the visuals are crisp and detailed and allow for a much more realistic depiction of warfare. Even the grass moves as you walk, and craters will form in the ground where a grenade explodes. The music is an excellent mix of high-tension chords and subtle musical ensembles, which blend together into a fantastic arrangement. The music is so well put together it seems that the composer was on the battlefield himself as he wrote that score, it's that awe-inspiring and realistic. Coupled together, the visuals and sound provide the best experience in any shooter to date. It's just a shame the rest of the game fails to impress.

The achievements help break up the boredom a bit by offering new ways to play through the single player campaign. Achievements such as completing a level without dying, using only assault rifles, or not firing a shot throughout an entire level add a sense of excitement and depth to the game. Treyarch obviously took some time in thinking about the achievements this time around, and now gamers can also earn points by playing in the online multiplayer as well. The multiplayer aspects are basically the same as previous games, sans a few new maps and upgrades. The multiplayer is definitely a lot more fun to play than single player, and fans of the series will no doubt enjoy what Call of Duty 3 offers online.

Call of Duty 3 could have been more than just another copy of previous installments, but with unnecessary gameplay mechanics, dumb AI, and a forgettable storyline, it brings nothing new in terms of fun. Gorgeous visuals and a great multiplayer simply could not save Call of Duty 3 from being just a different battle in the same tired war.
Review Page Hits: 2 today (654 total)
mediahook