While it falls short of it's predecessor in the gameplay department, Modern Warfare 2 delivers a spectacular experience on pretty much every other level. 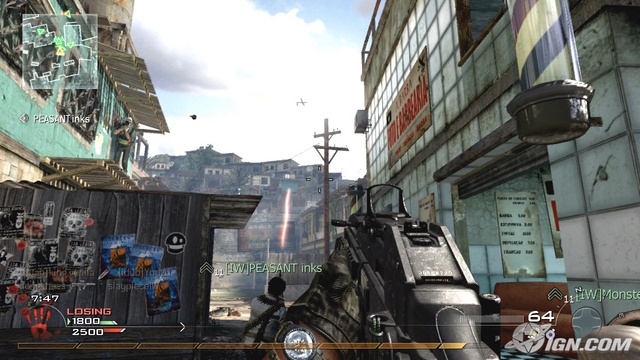 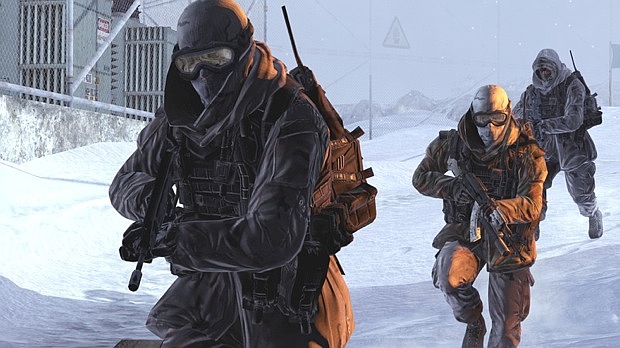 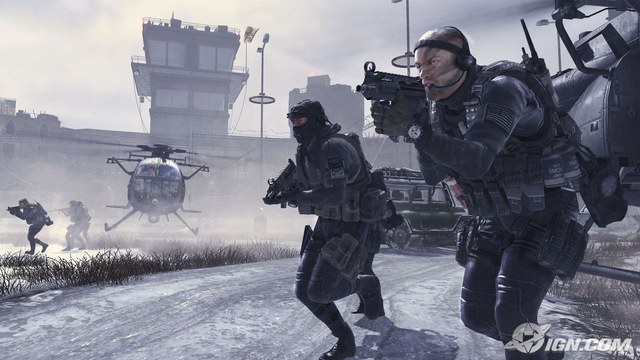 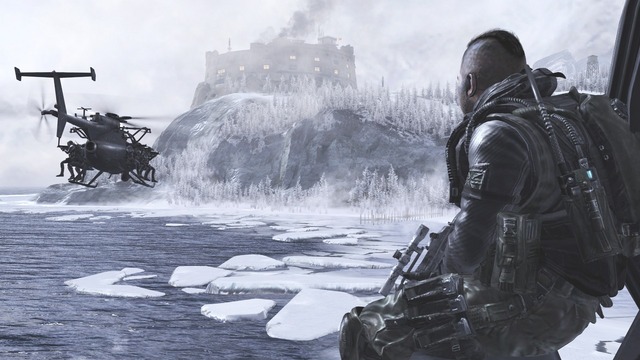 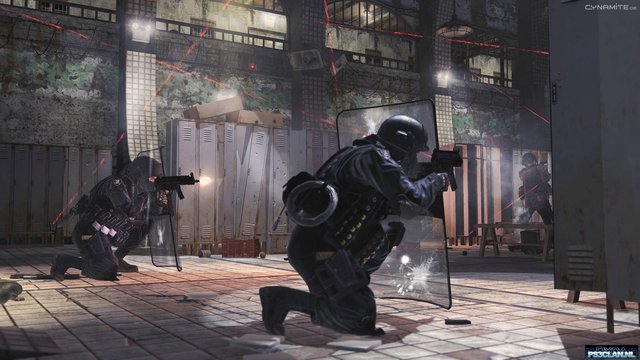 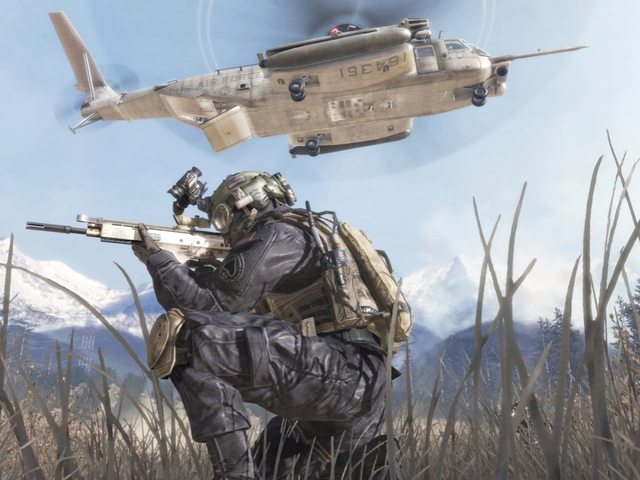 Let me start off this review by saying I am biased... the predecessor to this game, Call of Duty 4, is my second favorite game of all time. The graphics were pretty good, the gameplay was excellent, the multiplayer maps were absolutely stellar, and the customization set the game apart from anything that existed when it was released. I went from knowing almost nothing about the game to playing the beta and being amazed. So I was anxiously waiting the release of Modern Warfare 2 for a long time... as were many others.

When I first started playing the game I didn't really notice that much of a change graphically. Call of Duty 4's graphics were pretty good in my mind, this was just a slight tweak. But after playing a few months of MW2 and going back to CoD 4 it is clear that the production values of this game are much higher. Everything from the menus, to create-a-class, to the maps themselves: it is a much slicker package.

Audio is very good although it doesn't stand out as memorable. It has the typical sound effects you'd expect from a big budget shooter. Most weapons have a pleasant "bang," explosions are pretty good, etc.

Gameplay is one of the areas that this game stands above the crowd with. It's hard to describe but everything just fits together amazingly well. Moving, shooting, sprinting, crouching, jumping, everything just feels right. Another similarly styled shooter I've played a good bit of, Battlefield: Bad Company 2 irks me because everything feels very robotic and stale, with Modern Warfare 2 it never ceases to impress me. The controls are very well thought out and honestly I'm surprised they have not become a bit of a standard for first person shooters. I know that Borderlands uses almost the exact same control scheme but I can't think of any other shooters that do.

The single player campaign is pretty short, maybe 5-6 hours to play straight through. Overall the game on all difficulties is a good bit easier than CoD 4. Unfortunately the story is a little bit choppy and difficult to follow. After playing it through a time or two you'll probably not return to play it again.

Spec-Ops is a new game mode that allows you and a friend to do special missions in a co-op format. It is a good bit of fun but once again, one or two plays through and you'll have had your fill. Some of the missions on the Veteran difficulty are VERY difficult.

The meat of the game is definitely the competitive multiplayer though, it's what takes this from an average shooter and places it on a pedestal, head and shoulders above the competition. In a bit of an odd move the game changes from a pure FPS game to a bit of a FPS/RPG game. You earn points for killing enemies, winning matches, and completing objectives/challenges to level your character up and unlock new weapons and equipment.

The multiplayer offers several different modes of play, everything from Team Deathmatch to Domination, a sort of team based King of the Hill where you and your team attempt to hold certain key locations while generating points for holding them, to Search and Destroy where the objective is to destroy a weapons cache while the other team defends it. All of them play very well and certain gametypes will appeal to different people.

Once you hit a certain early level you can begin creating your own classes and changing the equipment for each based on various levels/gametypes. Unlocking new items and leveling up is probably the biggest pull for me to this game. As you progress you'll encounter different weapons that may work better for your play style. Thankfully Infinity Ward had the foresight to make the starting weapons and equipment very competitive even with the high level weapons. The early unlocked items are just as effective as those unlocked at the late levels, you never feel outclassed.

There are also plenty of challenges for you to complete. This gives you experience to level your character as well as titles and icons that you can use to personalize your online persona (kill someone and your name, title, and icon appear on their screen).

Having logged over 11 days of multiplayer play time I think what impresses me the most is that I'm still enjoying playing the game as much now as when it was first released. Playing with your friends online and unlocking new weapons is still a blast. The new killstreaks, the weapons each with several attachments, and constantly adapting player tactics make this a blast. On top of that you can enter prestige mode after you reach the maximum level which lets you return to level 1 and start all over again, which I find extremely entertaining.

The game is not perfect, there are definitely a few issues. First, early in the release the online multiplayer was absolutely plagued with glitches that drove a huge amount of the gamer base away. People were easily finding ways to cause havoc and the developers were not getting fixes out quickly enough. Now that they are mostly patched though the online experience is much more pleasant.

For multiplayer in CoD 4 after getting a few kills in a row without dying you were rewarded with a killstreak reward that would help out a little on the battlefield. They were powerful but not game breaking, in MW2 though we've moved from 3 killstreaks to 12 or so and the upper level rewards can be game changing. An AC-130 or Chopper Gunner can swing the score severely, I don't like the fact that it takes less skill overall to get those kills and the killstreaks to the rest. To top it off, I think that the "Tactical Nuke" killstreak defeats the purpose of the game. It doesn't matter what game type you are playing, if you get 25 kills in a row you automatically win. This means that on game types where moving and capturing objectives is the key people will simply camp to get kills and even though they're not playing the game type they can still win.

Some of the perks are also a bit annoying but I suppose I can't complain too much. Commando, which lets you rush forward and knife an enemy can be upsetting at times since you can shoot someone while they're rushing at you but 75% of the time they will not die, and the range is ridiculous. People run around with knives and do well. Also, there is a perk that increases the blast radius of explosives and another that lets you refill all your ammo. Some gamers will simply sit in one place on the map and act as a mortar team, a bit bogus when playing an objective based map as they can lock down an entire section of the map by themselves.

My single biggest gripe though is with the maps. At first I was completely put off with the map design. In CoD 4 the maps were all extremely balanced, well laid out, and fun to play. There weren't tons of places to hide and countless windows to shoot out of. In MW2 though every map is so much more cluttered it's a bit of a put off at times. People will find little nooks and crannies and hide there. Overall there is a much larger vertical factor to the maps. Buildings have second and third stories, on CoD 4 only a few maps had that and they were few and far between.

Finally on a minor note, a lot of people I know who were Call of Duty 4 addicts did not like Modern Warfare 2 at all. The game's pacing is different in MW2, with a lot of people camping, a lot of people sprinting and knifing, etc, overall it's much different than CoD 4. At first I wasn't sure what to think of it but I really think that Infinity Ward did a good job of enhancing the game and taking it to the next level. It is not as good as CoD 4 overall but it is a worthy successor.

As other shooters come and go Modern Warfare 2 continues to be my most played game by far. The great gameplay, fun online multiplayer, and incredible replayability make this one of the best titles ever.
Review Page Hits: 0 today (110 total)
mediahook