Games, Keychains, and Automobiles: The Phenomenon of "Cars" 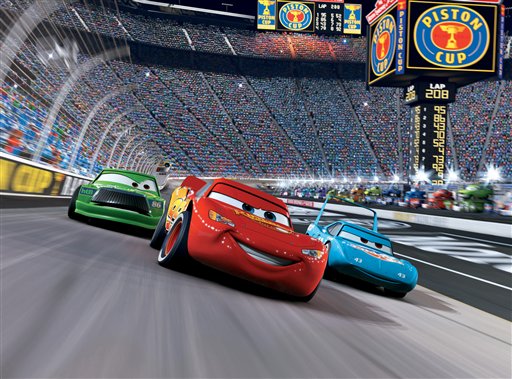 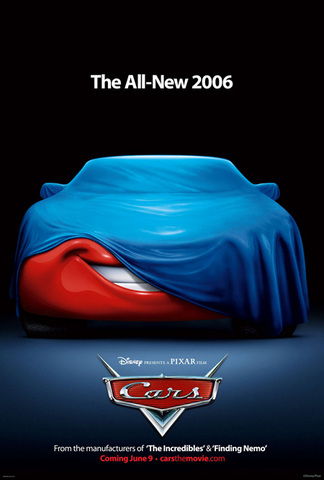 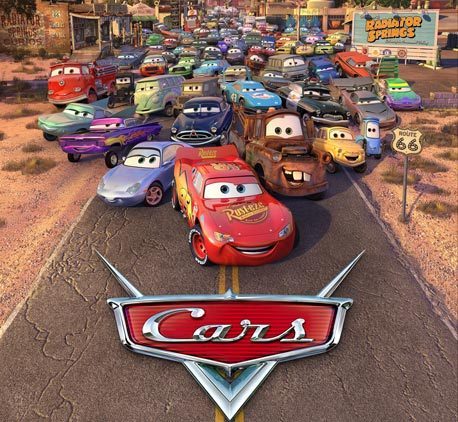 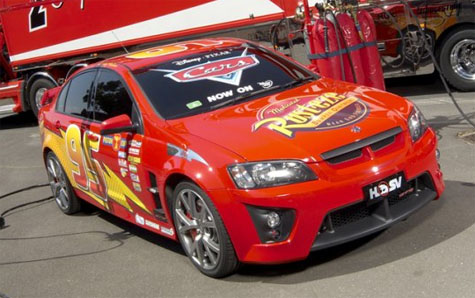 "Cars" is the lowest rated Pixar film on Rotten Tomatoes and Metacritic. In "The Simpsons" episode 'Angry Dad', Lisa tells Pixar staff "I've seen all your movies except Cars." Why all the disdain for the franchise that spawned merchandise revenue in excess of $5 billion? Therein lies the possible answer.

Could it be that the "Cars" franchise is a concerted effort by Disney to sell merchandise to impressionable youth? Disney's global synergy means "Cars" video games, books, furniture, clothing, and believe it or not cars. Whether or not "Cars" is a franchise geared towards mass market saturation, it is still a lovingly crafted film with that Pixar je ne sais quoi.

"Cars" stars Lightning McQueen (not a nod to the star of Bullitt, but to animator Glenn McQueen), a racecar who abuses the rules and doesn't take well to criticism. Headstrong Lightning (Owen Wilson) only cares about winning the Piston Cup and views the denizens of Radiator Springs including feisty Sally Carrera (Bonnie Hunt) as road bumps in his path. One of those road bumps is a rust-bucket of a tow-truck named Tow Mater (Larry the Cable Guy), whose naive sincerity is a contrast to Lightning's been there done that attitude. Forced to do hard labor for his reckless actions, Lightning is stuck around the very cars he views as beneath him. Will Radiator Springs win him over or will he be forever alone?

Pixar's unique brand of humor compliments a story of redemption usually found in dramas. Their tradition of referencing their own films (like Doc Hudson's appearance in "The Incredibles") continues with stalwart iconography and even prior franchise players making an appearance. Pixar's attention to detail means plenty of cameos, inside jokes (stay through the credits), and automobile analogues to real life (car flies?!). Director John Lasseter crafts suspenseful races that provide a sense of speed minus the motion sickness, but it is the character interactions that are most moving. Even ardent urbanites will feel something during a poignant montage sequence that shifts gears from the pedal to the metal antics of Lightning.This balance between action and emotion makes the film engaging for both children and adults.

The voice acting is top notch with each car given a distinct personality to compliment their varying frames. The expressions of the anthropomorphized vehicles are full of humor and pathos to suit their diverse frames. Owen Wilson's laid-back voice makes a racecar's life seem easy while Larry the Cable Guy's acts as the stereotypical hillbilly. Doc Hudson (Paul Newman in his final fictional film role) exhibits poise and wisdom befitting of a legend. Making talking cars look and sound believable is quite a commendable feat.

"Cars" is Pixar's second film after "A Bug's Life" to feature only non-human characters, but the emotional connection is still apparent. John Lasseter's vision of a world only inhabited by vehicles uses the universal theme of friendship to draw the audience in. From the cities to the desert, the panoramic vistas in "Cars" are awe-inspiring and represent the pinnacle of computer generated wizardry.

Though "Cars" has produced an inescapable onslaught of merchandise, it is still the well-deserving recipient of the 2006 Golden Globe Award and Annie Award for Best Animated Feature Film. Millions of children dream of one day becoming racecar drivers. With "Cars", those children can now dream of becoming actual racecars.
Review Page Hits: 1 today (528 total)
mediahook