Nostalgia comes at a price as Castlevania Chronicles is underwhelmingly old-fashioned. Lacking in presentation, replay value and substance. 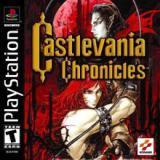 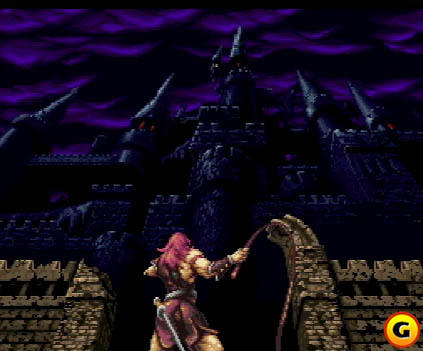 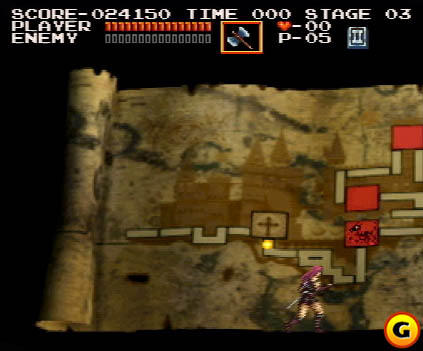 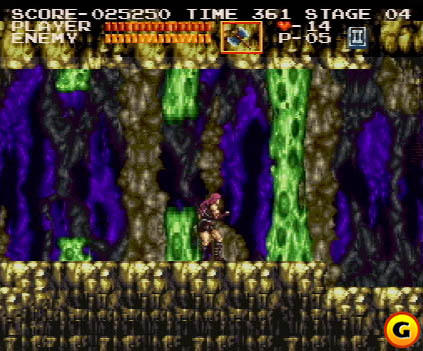 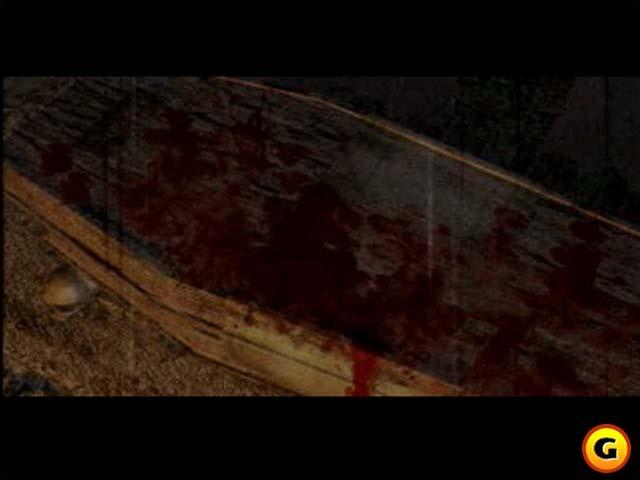 When Castlevania Chronicles first came out for $19.99 in 2001, it was worth purchasing mainly because of its budget price. Its incredibly out-dated presentation, lackluster replay value and rudimentary gameplay could be forgiven because of its price tag and also because it was the first release of a Castlevania game for an obscure computer system, Akumajo Dracula for the X68000, outside of Japan.

Chronicles features the original game and an "arranged" remix version that has a drastically toned-down difficulty from the original version. The X68000 game was a notoriously difficult game, something that Castlevania aficionados would certainly like to have the chance to experience first hand. But I guess Konami felt it in the best interest of gamers that most of them be able to finish at least one version of the game, hence the neutered difficulty of the remixed version.

However, the budget pricing was practically a requirement for anyone outside of Castlevania fans from the NES era to really get anything out of Chronicles. It features none of the gameplay, depth, nor replay value of the modern formula fans have come to expect; action, RPG elements and platforming all in a tidy package.

Chronicles is an old-fashioned platformer that sticks to out-dated, tired gameplay conventions that were old-hat well over a decade ago. Just one example of how antiquated Castlevania Chronicles is by even the standards of its own series is its place in the Castlevania timeline.

Akumajo Dracula X68000 was released four years after Castlevania III: Dracula's Curse on the NES. That revolutionary Nintendo game introduced exploration to the series' US gamers with its multiple branching paths. The X68000 game does not feature branching paths, with all its levels making straight for the only exit. There are no multi-directional whip-swings (ala Super Castlevania IV, released two years earlier) in Chronicles, as your Belmont only swings to the left, right or down when jumping in the air. He can not even jump onto a ladder, having to start at the bottom just like in the first Castlevania. Granted, you couldn't do that in Castlevania III either, but still...

Fine, Chronicles is an old-fashioned game, even within its series. There are gamers out there who want that, and sure, there is a little fun to be had with this installment. It is just that Chronicle's release came years after new standards had been established and gamers' expectations had risen. While playing a two hour game over and over again to perfect sections was enough replay "back in the day," gamers expect more out of games that were released even five years ago, as was the case here. They want their 20 plus hours of gameplay and a big castle to explore where they can find every nook and cranny.

Castlevania Chronicles does not provide that experience. The journey through Dracula's Castle consists of over 30 stages of straight forward platforming action with plenty of baddies to dispose of with the trusty whip. You'll be whipping up series standbys such as medusa heads, fish men and even a bone pillar or two just like you had done in Dracula's Curse and Super Castlevania IV before, only this time with much less variety and substance.

One thing that might irk purists is the save system allows the player to save after each completed level in both versions. This makes the remix mode a breeze, but the original mode...well, honestly, you would probably need all the help you could get.

Castlevania Chronicle's only very good area is its music. The in-game sounds are nothing worth commenting on, but the early '90s synth soundtrack of the original release is a delight to listen to while going through Dracula's Castle. This soundtrack features the single best version of my favorite track from the earlier Castlevanias, "Bloody Tear." The remix soundtrack is not bad by any means, but there's a big possibility that fans will play the original version more just to have the great music playing along.

As for the unlockables, they offer little incentive to keep playing. Besides the remixed game, the only extras are the time attack mode, art gallery and an interview with current Castlevania producer Koji Igarashi. In that brief interview, IGA intimates the possibility of a similar re-release treatment given to the game that all Castlevania fans outside Japan want to, but have not gotten to play, Castlevania Dracula X: Rondo of Blood.

Imagine getting Rondo of Blood for $20. Unfortunately, Konami never followed through on what would have been a watershed event for Castlevania fans, the release of one the best Castlevania game gamers outside of Japan never played for the first time. What fans were left with instead is this almost vindictively truncated experience as an unfulfilled promise.

Konami's surprisingly limited production of Castlevania Chronicles leaves fans today with no choice but to pay well above the original $19.99 price for the opportunity to play this game. Unfortunately, Castlevania Chronicles hardly justifies any premium price, qualifying only as a showpiece for Castlevania fans or collectors who own one of the 20,000 copies.

Bottom line, if it can be had for a reasonable price (around $25), Castlevania Chronicles is recommendable. But at a premium price, it is not a satisfying game experience and could only serve as a piece of Castlevania history that finally saw a US release.
Review Page Hits: 2 today (1,094 total)
mediahook