Fun for the retro gamer and the kid in heart. 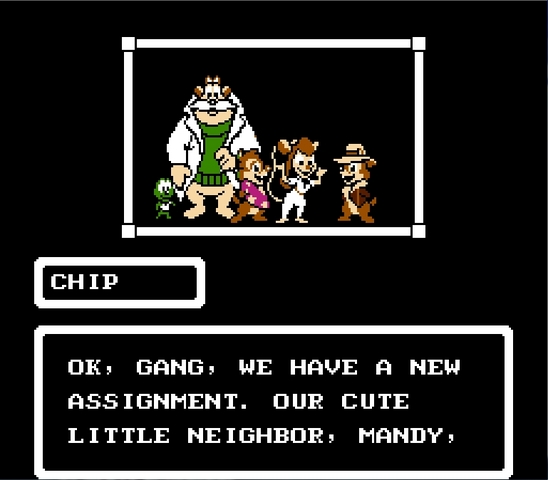 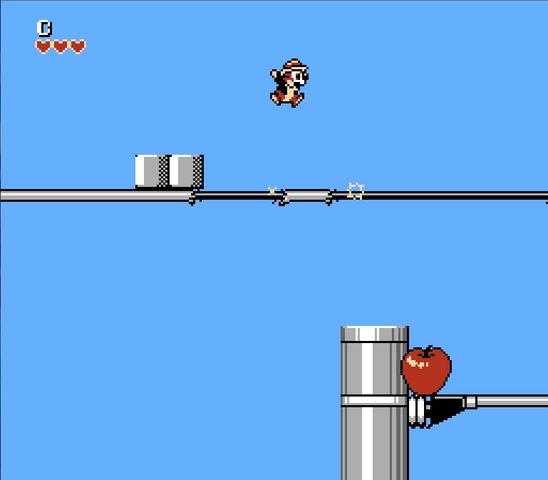 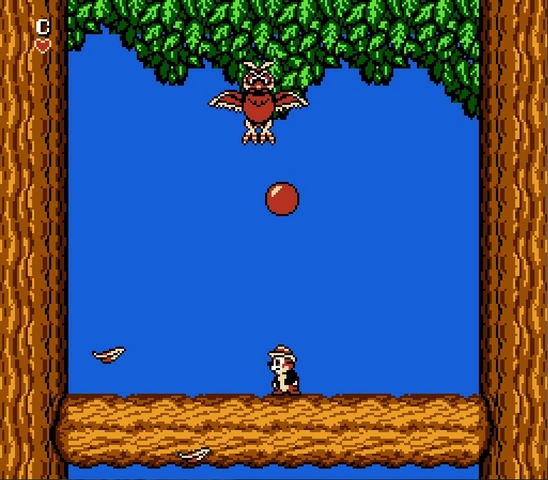 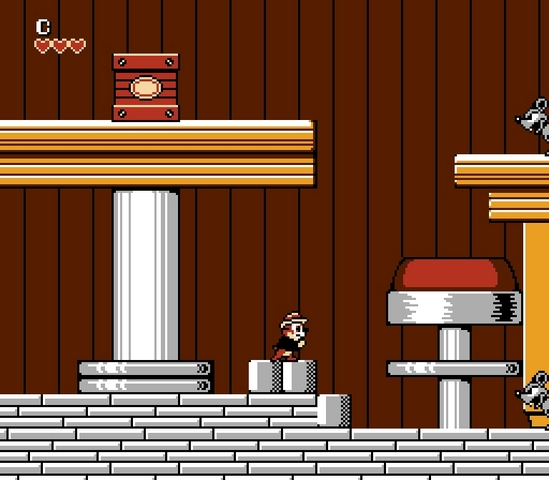 For those of you who grew up in the late 80's and early 90's, you might remember the TV show, "Chip n' Dale Rescue Rangers." Countless TV viewers have watched the adventures of the pint-sized heroes and their allies as they take on "small" cases, outwit and battle their opponents, and save the day. Capcom, the creators of Mega Man and Street Fighter, has managed to make a video game hit out of it. Along with a few other Disney franchises, this game is one of the more talked-about games that NES players can remember, and there is a good reason for that.

What starts out as a typical case for the Rescue Rangers turns out to be a red herring created by Fatcat to snatch Gadget and take her to his private casino. Leave it up to Chip and Dale to brave the dangers, rescue Gadget, and put a knot in Fatcat's tail. A nice little story to get the game moving.

First off, you must start with either 1 or 2 players. If you play solo, you get to choose between the two chipmunks; Chip and Dale both have the exact strengths and weaknesses, so the choosing is a matter of taste. If you play with a buddy, Player 1 always gets Chip and both players play at the same time. Regardless, the object of the game is to go through a series of levels without losing all your lives, and you have three hearts per life. You run, jump, and pick up objects to toss at your enemies (usually a wooden block, but you'll get to pick up an apple or a log; unless you got a power bottle a big object will lessen your jump. Other tossable objects are bombs, which must be thrown immediately, and concrete blocks which serve as stepping stones for getting to a high place). You can even hide under blocks to let enemies hit you in tight spots. You'll come across flower panels and stars that give you 1ups (if you collect a certain amount) and crates that either give you acorns, power bottles, cheese for Monty to smash the gate for you, or Zipper the fly, who gives you temporary invincibility and clocks every enemy that appears on screen! As for the levels, each level has different traps and enemies to get through. Most of the levels have bosses, which you can defeat by throwing the red ball at them. The levels are choosable; you can either play the quickest route to the end or play them all! At every level's end there is a bonus round where picking up blocks and getting the contents as fast as you can is the key. The level also ends with a cutscene, usually Gadget giving tips about particular levels. Most of the levels aren't that challenging, as this game is probably designed for younger players, but the last level is a bit of a pill. The bosses, although sometimes tricky to deal with, aren't all that imaginative (all Fatcat does is sits in his table and tosses cigar ashes at you!) but they remain faithful to the cartoon.

The graphics are state-of-the-art for its time, as it is Capcom's standard. The sprites look very good, even though there may be some color inaccuracies due to the NES's technical limits, but that shouldn't stop you from enjoying the game. The enemies look very cool (some of them even came from the show!) and the levels are well designed: back alleys, forests, sewers, a bookcase, and even Fatcat's casino are well detailed and larger than life for the heroes!

The music is also done very well. The tunes fit each level to a tee, and the sound designer has done a great job recreating the theme song. In my opinion the best tunes are the forests and the last stage. No skimping around in the music department! Only the music from the NES Sunsoft games can rival this. Great for the ears of a true nostalgic gamer.

This game is proof that there was a time that most games based on franchises were big hits. This is also proof that the characters are as cool nowadays as they were long ago, and that Chip STILL looks good in an Indiana Jones fedora and bomber jacket! Capcom did not waste time or energy creating the gameplay, levels, story, sprites, and music. Each area is well done and well thought of, and Capcom took great consideration when making this game. Once you pop this game into your NES, you will kill two nostalgic birds with one stone: remembering the NES, and remembering the TV show, "Chip n' Dale Rescue Rangers."