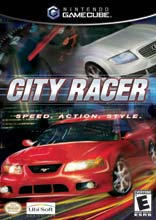 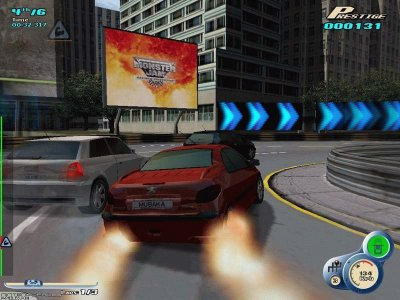 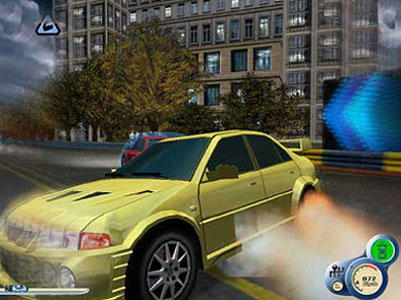 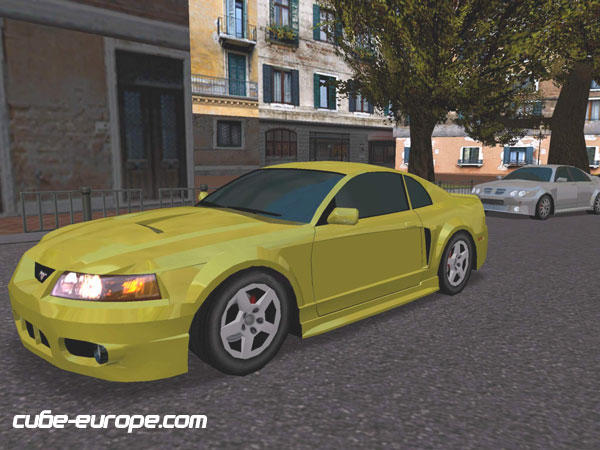 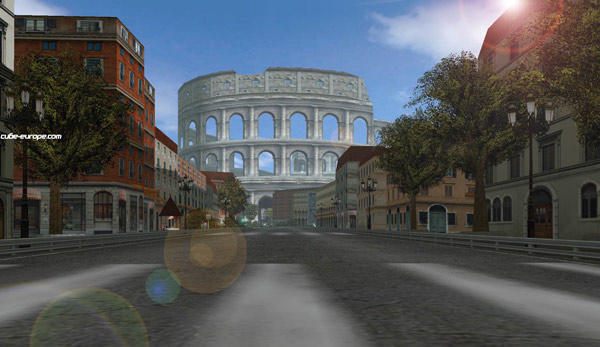 This game is unique. Developed by Ubi Soft in 2003, this flew right under the radar. I wasn't even aware of it. If I hadn't been searching around EBGames.com, I never would've found it. Basically, there is a race of six cars each with a damage meter. Littered throughout the track is power up boxes, much like those found in kart racing games. You will need to use those to race competitively and with style to earn "Prestige", much like "Kudos" in PGR. One nice thing about this game, though, is if you screw up royally or get left behind, the game will let you catch back up. Of course, it will also let the A.I. cars catch up as well, so the race is always by the seat of your pants.

Gameplay: Eight game modes make up the core of City Racer, but "Time Attack" and "Quick Race" are just like any other game. Countdown is a checkpoint race, arcade style. "Last Man Standing" will eliminate the last player on each lap until there is a winner. "Sudden Death" only allows one collision on your car. "Chase" gives you a head start on a police car that must catch you. "Championship" (beginner, professional, expert) is made up of eight races determined at the end of the championship by a point system. Aside from the normal championships, there is one for each manufacturer featured in the game. Finally, "Bet Race" allows you to be challenged by an opponent, where you bet him a certain amount of "Prestige" to win at the end.

Graphics: They are nice. The cars are done quite well, as are the environments. There isn't too much more detail on everything else, but it still looks good.

Sound: The car sounds are nicely done, nothing too special, though. The music is a mix of the techno-pop type, but it's catchy and doesn't really get annoying. The driver of your car talks "trash" throughout the race, but the comments are appropriate and fit the race when they are said.

Replay: This game is fun enough to play through again. The two-player split screen is also fun, however, it would be more fun if there were four player split screen. It basically boils down to how much fun you have with the game.

This is a solid racing title that mixes the best of 'Project Gotham Racing' and 'Mario Kart' into one fun game. I recommend it.
Review Page Hits: 0 today (1,243 total)
mediahook