The Club offers a great experience for all gamers who are looking for non-stop action. 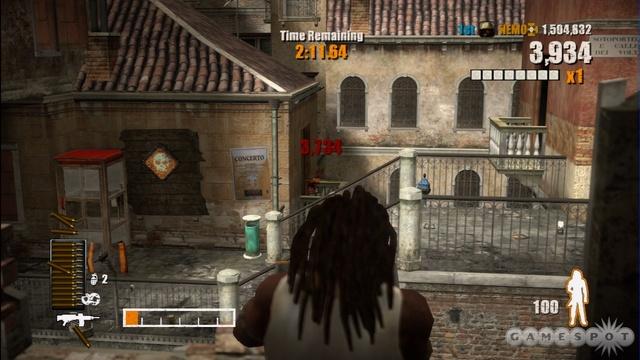 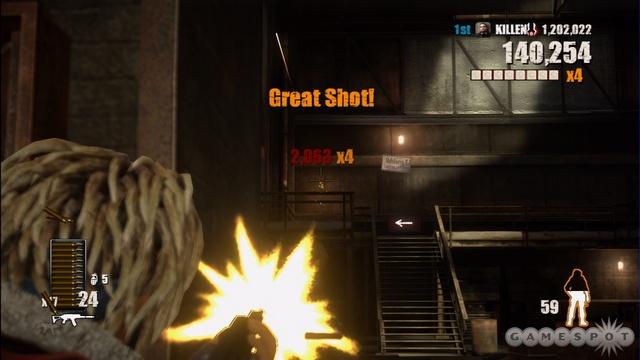 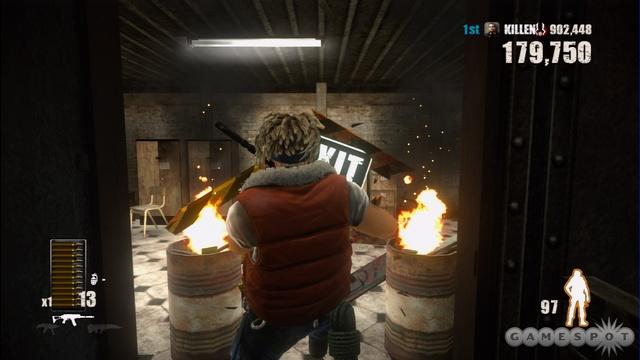 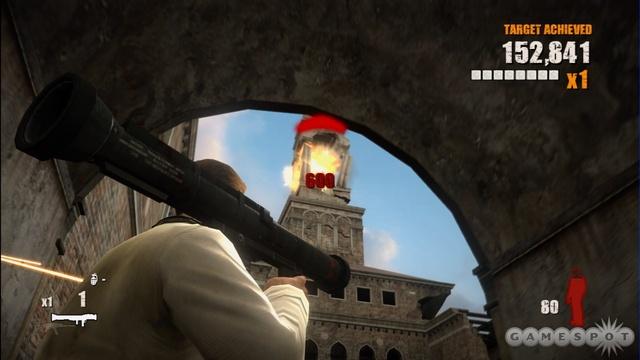 Developer Bizarre Creations is known for creating and refining the racing genre with their Project Gotham Racing series. After spending a good deal of time on their patented racing series, the team decided it was time for a more "bizarre" change, giving us the bloodthirsty stylish action of The Club. While The Club offers nonstop action and tons of replay value, a few minor occurrences dull the fun a bit, but not enough for you not to give it a try.

The story for The Club is undeniably ruthless and quite provocative. An underground organization known simply as "the Club" features a violent sport in which contestants kill each other to the behest of blood-hungry millionaires. The premise is quite simple: you control one of those lucky contestants who must shoot his way to survive. As you run and blast your way to the finish, a score will plaster across the screen to show you how well you perform. The score is based on three specific factors: how accurate your shooting is, how tough the enemy is, and the weapons being used. Constant kills rack up a combo meter which shows how well you are performing. The combo count will continually go down if you take too long between kills or get hit, but there are also hidden skulls scattered around each level that will increase your combo when hit.

There are plenty of forms for killing your enemies and a wide assortment of weapons at your disposal. You have your usual pistols, shotguns, machine guns, and sniper rifles, as well as plenty of heavy melee weapons to use as well. However, despite the array of weapons, many of them will feel useless when running for your life. The sniper rifle in particular, feels out of place in many of the levels, simply for the fact that it takes a while to aim and shoot, something that is not required for satisfactory completion. You can also use melee attacks if you are in a tight jam and need to escape quickly, but it more or less boils down to randomly hitting buttons until your character pulls out a very heavy object to smash with.

The lack of weapon differentials and structure is made up for by the outstanding level designs. Every level in The Club is original and different from the next, offering hours of fun and innovative play. Some of the more intriguing levels, Stahlwerk (a gloomy steel mill) and Manor House (a former insane asylum) really show off the intrigue and psycho tenacity of the game. Many of the other levels are just as good, with levels taking place on empty cruise ships along the coast of Africa, and abandoned warehouses in broken down cities. The environment surrounding the levels is anything but bright, but you will appreciate the dark manner each one depicts.

The Club offers more than just simple run-and-gun gameplay. A variety of modes allows you to play the game as you see fit, and the array of options available gives players a never-ending supply of fun killing action. There is the basic sprint mode, which amounts to getting to the finish as fast as possible while racking up points (the overall count is determined by your speed and how many kill points you rack up); gauntlet, which is initially the same mode as sprint but with a timer; and time attack, which has you racking up more time with people you kill. If you hunger for more diversity, you could always try the survivor and siege modes, which pits you against dozens of enemies who rush at you from every angle of the maps, and your goal is simply to survive the madness by the end of the timer.

Multiplayer is also available for up to eight players, and offers the same basic modes in nearly all shooters. Deathmatch and VIP are two of the most popular games played online, and both require teams to rack up the most points to win (VIP has an under-dog mechanic to it, but the points remain. One of the best modes, team siege, requires you to simply rush at the other team and wipe them out. Offline co-op is also available for up to four players, a welcome change in today's highly addictive online multiplayer age. Players can work together to rack up combo points and kill tons of guys, although the levels feel a lot smaller when scrunched together on one screen.

The visuals are good for what they perform, but we feel like something more could have been offered. The look of the game is akin to old-school shooters and rail-shooters alike, but there is enough diversity and visual grace in the locations and character models to make up for the groggy look of the rest of the game. The sound suffers the same fate as the visuals, with too much old school flair and not enough new stuff. Enemies all sound the same and weapons and effects such as rolling and punching sound miffed at times.

The Club offers a great experience for all gamers who are looking for non-stop action while giving fans of old-school shooters something to talk about. The wide supply of modes and levels offers many unique and diverse ways to play the game, and online multiplayer combined with four-player co-op gives The Club a much needed supply of replay value. While the weapon structure lacks depth and some of the sound and visuals flutter at times, The Club is a pure adrenaline rush of fun.
Review Page Hits: 0 today (652 total)
mediahook