This game definitely doesn't run on fumes, but it might make you a bit steamed at times. 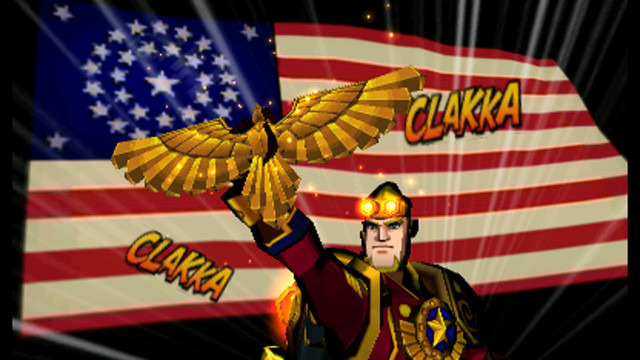 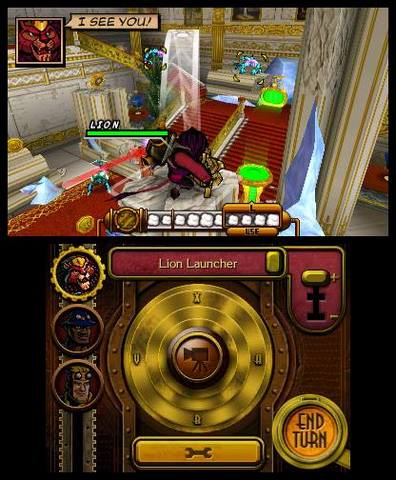 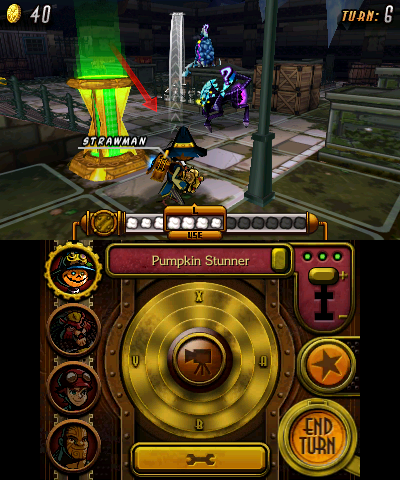 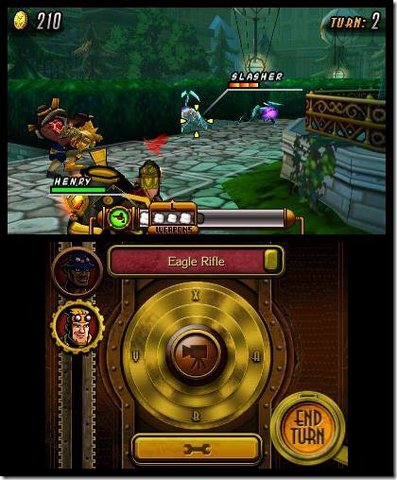 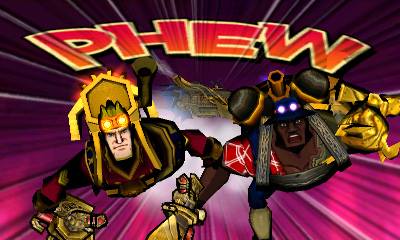 Code Name: S.T.E.A.M.'s story has you going through over a dozen chapters with multiple battles against an alien force that has just infiltrated and attacked Earth. As part of the S.T.E.A.M. squadron, also known as the Strike Team Eliminating the Alien Menace, your task is to obliterate this aforementioned menace from the world. The group is led by none other than 16th President of the United States Abraham Lincoln, and it features a ragtag collection of characters from famous literature, fairy tales, and folklore, such as Henry Fleming from The Red Badge of Courage, John Henry of the eponymous African-American folk tale, the Cowardly Lion from The Wizard of Oz, and Tiger Lily from Peter Pan, among many others.

Most missions in Code Name: S.T.E.A.M. take place on expansive battlefields. The objective is making it to the goal while contending with enemy threats in the form of aliens who deal in both melee and long range attacks. Unlike a Fire Emblem or Advance Wars game, however, it doesn't really behoove you to defeat every possible enemy on the map. Instead, that can actually be a detriment to your cause, as you can easily be overwhelmed by the amount of foes that can quickly close in on your position on the battlefield. Many times enemy reinforcements arrive from behind, making it so your group of up to four characters should always be pushing forward.

Not only do missions possess a main objective to complete, but they also have some side content to them for repeated playing. Coins dropped by foes when they are defeated can not only be used for a one-time-per-save-station healing of one character or, for a greater price, the whole team, but after each chapter is complete, your total coins collected in that chapter are tallied up. It's not only fun to compete for better coin totals, but doing so unlocks new weapons and abilities at new coin plateaus. Each battle also has three hidden gears on the map to collect, which further unlocks content.

All of that notwithstanding, Code Name: S.T.E.A.M. doesn't play like Intelligent Systems past strategy RPGs, where you can clearly see where every enemy is located and plan your moves accordingly. Instead, with each character you control, you are in a third-person perspective. What the perspective shows is what you can see. Thus, enemies can appear from around corners, catch you off-guard, and attack if you utilize poor planning. The inability to see the entire battlefield lends to the difficulty of Code Name: S.T.E.A.M. The game definitely isn't for the faint of heart.

Before I get into that, however, let me talk about your turns and enemy turns. When it's your turn, you can switch between up to four characters, situating them around and through the map to take up (hopefully) advantageous positions in battle. Each character uses steam to move, attack, and use abilities. Every square that a character moves exhausts one slither of steam from that character. When a foe is in their sights, they can attack, providing their primary or secondary weapon has the proper range. Most enemies have a weak point, which when attacked, allows for greater damage. You're able to aim and fire as each character, making it beneficial to aim for a foe's weak point. Attacking and using special abilities expends more steam than normal.

It's also advantageous in battle to sometimes leave some steam in reserve for when you end your turn and sit through the enemy's turn. If you have enough steam in reserve for when an enemy crosses into your line of fire, you can hit them and sometimes stun them completely with an Overwatch attack. However, make it well known that enemies can also use Overwatch attacks, making it so if you are surprised by an enemy and enter their attack range, they can do damage to you, and possibly put an immediate halt to that character's progress.

At Code Name: S.T.E.A.M.'s launch, players had to sit through the enemy's turn, which had each unit of the enemy moving one at a time in a super slow fashion. This made missions where many enemies were moving one after the other last a long time. Enemy turns could last for over a minute. Now, there has been a patch which allows for the fast-forwarding of enemy turns. It's 2X the normal speed for the regular Nintendo 3DS and 3DS XL, and 3X the normal speed for the New Nintendo 3DS XL. This is a remarkable improvement that made me really glad that I waited to play Code Name: S.T.E.A.M. until the game's enemy turns were sped up significantly. It makes this game so much better.

Regardless, even with the improvement provided by the patch, Code Name: S.T.E.A.M. is still a hugely difficult game. Once the difficulty sets in around the third or fourth mission, Code Name: S.T.E.A.M. does not let up with arduous maps, powerful enemies, and ways to make you go mad. Don't be surprised to have to redo entire missions after your team is decimated, or have to retry from your last save. As the game goes on, this becomes more and more commonplace, which was a bit of a put-off for me personally, and I usually dig intense strategy games.

Still, if you need to take a breather from the steadily more difficult single player campaign, there are some versus options for players, either locally or online. There is a standard Deathmatch mode, where you and another player control a number of units on one of a number of maps available, with the goal of wiping out the other player's forces before they do the same to you. There's also a Medal match. This is a contest where two players try to collect medals, with the winner being the one who has all three in their possession. Finally, you get a nice rock-em, sock-em, gigantic Abraham Lincoln robot affair where two bots battle until one of your health bars reaches zero. Compared to the tricky single player campaign, these versus mode match types are a nice distraction and way to relax oneself.

Code Name: S.T.E.A.M. possesses an awesome art style that appealed to me greatly. It's obviously not for everyone, sporting a Silver Age era comic book art style. However, the cel shaded look is quite impressive, as is the stereoscopic 3D. The frame-rate is rather fluid, and the animations are pretty stellar too. Voice work is done very well, offering an '80s cartoon show feel. The music is mostly composed of hard rock and grunge metal. It's pretty forgettable considering Nintendo-published games usually contain at least a handful of memorable themes at the very minimum.

All things considered, Code Name: S.T.E.A.M. is successful as a new IP from Intelligent Systems in that, yes, the game is difficult, but it's oh-so-rewarding when a tough mission is finally conquered by the player. Code Name S.T.E.A.M. features a glorious cast of characters and mythos, engaging strategic gameplay, and plenty of side content to come back to. Whether you'll want to with the rather high difficulty depends on the type of player you are. If you think you can push through the pain of retrying the same mission and getting steamed again and again, then Code Name: S.T.E.A.M. is a worthy game to add to your library.
Review Page Hits: 1 today (1,187 total)
mediahook