A pint-sized offering of FPS. 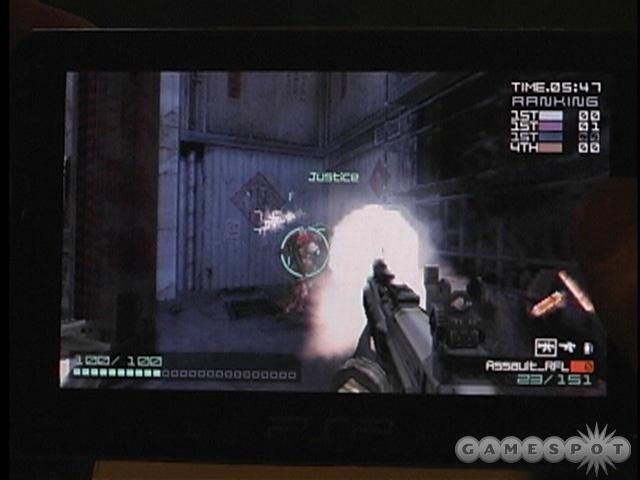 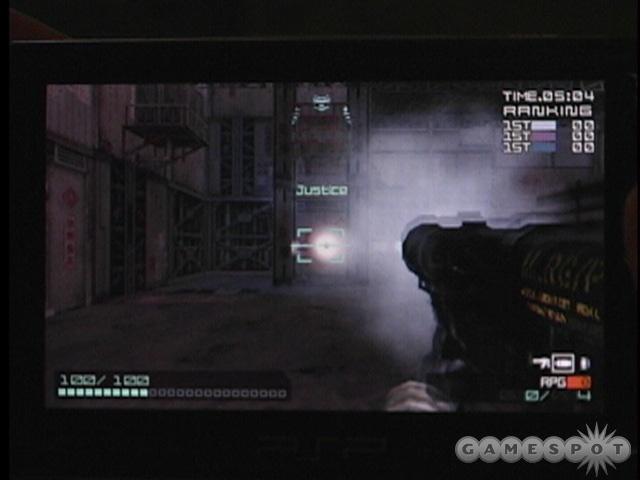 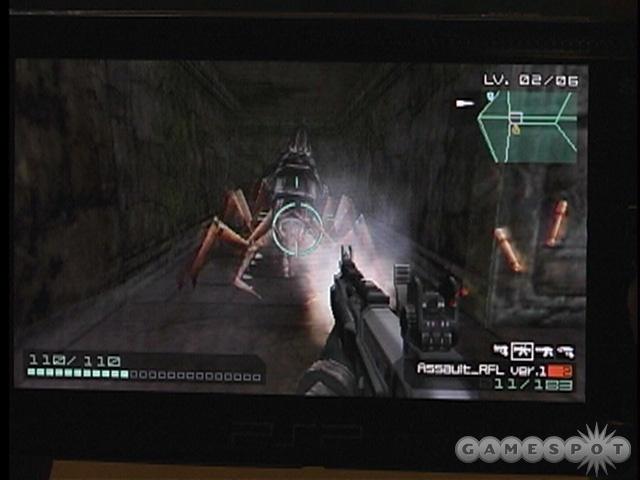 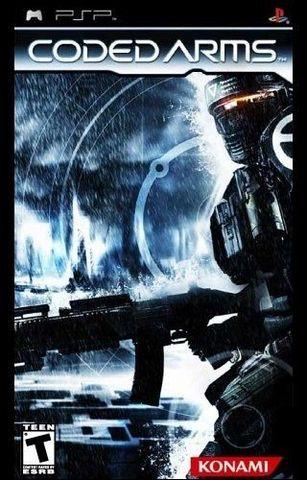 Coded Arms was the first FPS on the PSP game console, giving it an advantage at the stores, where you either choose that or leave with nothing. The futuristic shooter made by Konami is set in a computer age, where you are a hacker going through secret files in hopes of riches beyond thought. Unfortunately, the game is just a so-so shooter with no memorable moments, no action packed sequences, just the same thing - shooting the enemy. While the game is creative in certain aspects, like the conception that the enemies are not real, just a computer generated monster, and the weapons level up to produce more damage, it lacks in creativity in other departments. There is no real point to playing the game, there is basically no story, and the game feels as though an old school blast em' up.

You have the basic shotgun, pistol, and machine gun, plus some other rather fancy weapons, a rocket launcher, a plasma machine gun, but nothing that has not been in countless other FPS before it. Upon meeting your enemy, you will blast him to death, then move on, do the same to the next enemy, and so on and so on. After the defeat of an enemy, or the destruction of a box lying around, you can witness the explosion of millions of computer codes flying about, helping to bring back to the theme of computer hacking. There is one impressive attribute that is pulled off that you have to admit is impressive, even in the heat of battle the PSP keeps its cool, and frame rate never slows.

Level design is well... the weakest point in the game, with randomly generated levels that feel all to the same, you feel as though no progress is ever made. To signify the end of a level, you fight your way past monsters, and eventually come to the level exit where you must fight the gate boss to pass. Load times are very impressive for a PSP game, possibly the fastest to date maxing out at maybe 10- 15 seconds. However, at the end of the load you are brought right back to a level where you feel you already visited, and that lowers your want to continue forward.

Like previously stated, the controls in Coded Arms feel a little strange. Konami realized this too and threw in the ability to customize them in any way you want, but the short fallings of PSPs limited controls really hurt this genre of games. Luckily, the target reticule has a sticky feeling and will stick to enemies to and extent, greatly increasing the ease of hitting your target. While not being totally revolutionary, Coded Arms does have the privilege of being the first of its kind on the new PSP, and this genre is something that will need work over time. If you are looking for a new game to go with your new PSP, you may want to look somewhere else, but if you are a hardcore FPS fan, you may find some interest in here, but just do not expect to be blown away.
Review Page Hits: 0 today (220 total)
mediahook