Conan makes itself known by striking an original story and lush visuals in a truly enigmatic setting. 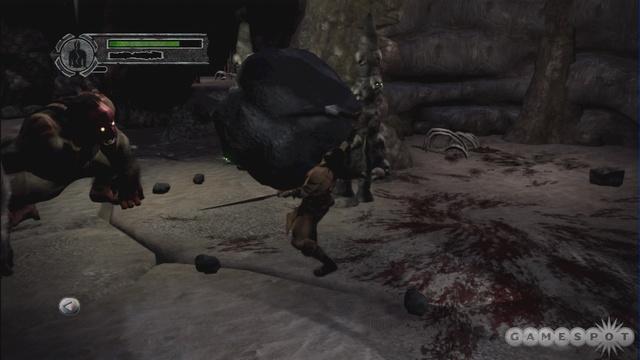 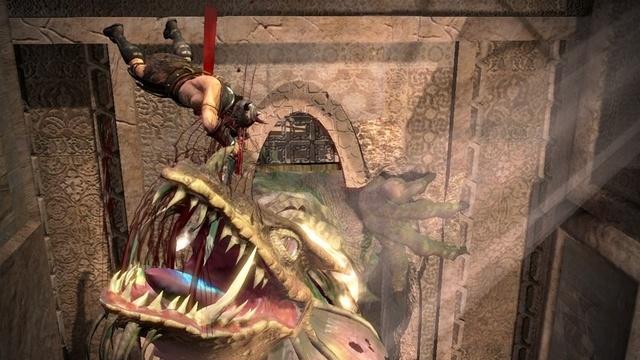 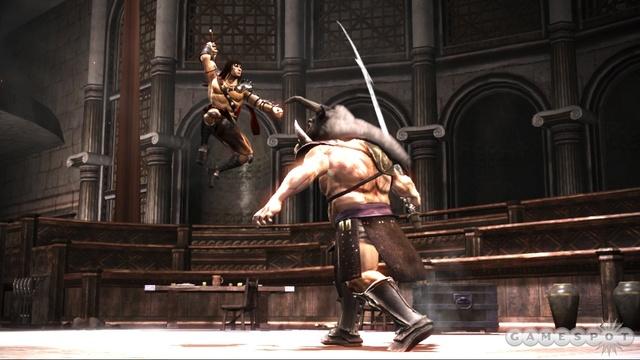 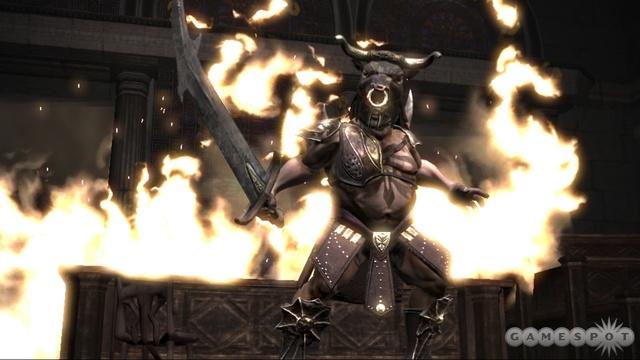 God of War seems to be the precedent for all mythological based action games as of late, with its standards in both visuals and gameplay proven to be impressive. But while Kratos delved into the forum of ancient Greece, Conan the Barbarian takes place earlier than his bald-headed brethren, engaging in battle in the middle of the Hyborian times, a period set before even the greatest civilizations on earth existed. While the setting and combat are twofold with God of War, Conan has just enough new things that help make it stand out and not be known as just another blatant rip-off.

Conan begins with the warrior searching for a gem; a gem so valuable that whoever possesses it could control any land at their whim. But things seem to go awry once Conan accidentally opens the tomb of an evil sorcerer named Graven, who is also interested in finding the gem for himself, to conquer the world. After teaming up with a mythical sorceress whose intentions seem rather diabolical for someone so beautiful, Conan is now in a fight for his life to regain his armor and save the world from complete annihilation. It's the basic battle of life and death for all mankind, but the game does a good job of telling the story, through a campfire-like setting being told by traveling poets. It really gives a sense of how stories and imagination were managed and presented in ancient times.

Conan is no slouch when it comes to combat. Although he has no armor for a good chunk of the game, his meaty posterior and strength more than make up for his lack of defense. You have two attacks at your command: heavy and weak. The heavy attacks rely mostly on disarming or knocking foes to the ground. Weak attacks focus more on quick thrusts that can penetrate armor and catch enemies off guard. Since many of the battles rely on fights against small groups of enemies, knowing when to use heavy or weak attacks is essential. Conan has merely a simple sword at the beginning of his adventure, but he also can wield any weapons dropped by enemies, which opens his attacks to a much wider range. Wielding two swords allows him to attack harder, but reduces his speed, while wielding both a shield and sword gives you an advantage on both offense and defense. There are numerous ways to approach each situation, but you can simply hack and slash your way to the end with the same weapons either way.

Since the lack of weapon variations is a slight let down, you can upgrade your attacks based on how you want to fight, making your decision to wield certain weapons somewhat more exciting. Orbs drop whenever an enemy is killed or a damsel in distress is rescued. Similar to God of War, you can allocate the orbs into making more devastating combos, which can usually end in decapitating foes, pulling off limbs, or just spewing blood all over the screen; very satisfying, to say the least.

As the story progresses, Conan soon finds himself battling monstrous bosses, all of which have no other pleasure in the world than ripping Conan's spine from his body. These boss battles are exhilarating, and often rival even the best mythological battles witnessed in any game. The battles have a very dynamic scale to them, and countless times you will find yourself ultimately outnumbered. But the thrill of surviving the onslaught victoriously is incredibly rewarding. After killing certain bosses, Conan will then regain pieces of armor, which are also embedded with special magical powers. Although Conan finds this ludicrous (he happens to use different, vulgar words to describe it), he just seems to go along with his fate and accept the magical traits. The magic seems a bit unbalanced considering it is only really needed when cornered by dozens of enemies. The ability to use magic is also very scarce, and finding enough energy to pull off some of the bigger attacks can come almost once or twice throughout the game. Still, once you manage to use your special attacks, you can hurl crows at your foes, turn them to stone, and throw hundreds of spears at once.

What makes the combat so fascinating is how it sounds. Ron Perlman does a great job of lending his "Hellboy-ish" charm to the muscle-clad Conan. Throughout battle, you will hear him scream in anger, yell at his enemies, and groan at his predicament. It's one of the few times when a Hollywood star has done an exceptional job at voice acting in a video game. Also, the sounds of swords clashing and animals stampeding give a sense of realism to this almost by-the-books slasher. The music is spot on to the period for which the game takes place as well, with a great up-beat march ensemble that takes place whenever battles commence. There are a few times when dialogue is repeated too often and some of the enemies sound alike, but it's hardly noticeable during the midst of battle.

Be wary though, as Conan is violent beyond means. Blood is constantly spewed on the screen and across the wide assortment of battlefields, from snowy mountaintops to wet, hidden jungles. Enemies lose limbs, heads and other body parts that are not meant to be on the outside. Arrows will pierce through flesh, and Conan will even stop and rip it straight out if he happens to get hit, a scene which is brutally realistic but also cleverly scripted. Conan is not for the faint of heart, but those gamers who can stomach the intense, gratuitous violence will no doubt be in for a treat.

For what it's worth, Conan is a rather intense and short game. Fighting through all the hordes and spending time backtracking only amounted to about seven hours of gameplay. With no multiplayer modes or secrets to unlock, that's disappointing in terms of replay value. In the overall scope however, Conan may copy God of War in its combat, but it makes itself known by striking an original story and lush visuals in a truly enigmatic setting.
Review Page Hits: 5 today (633 total)
mediahook