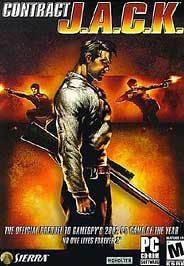 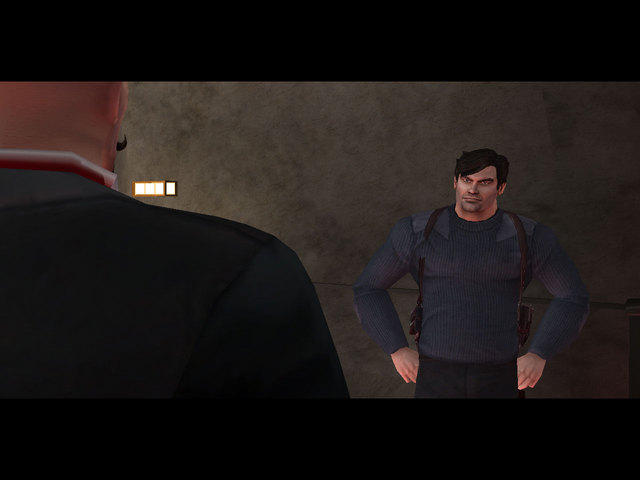 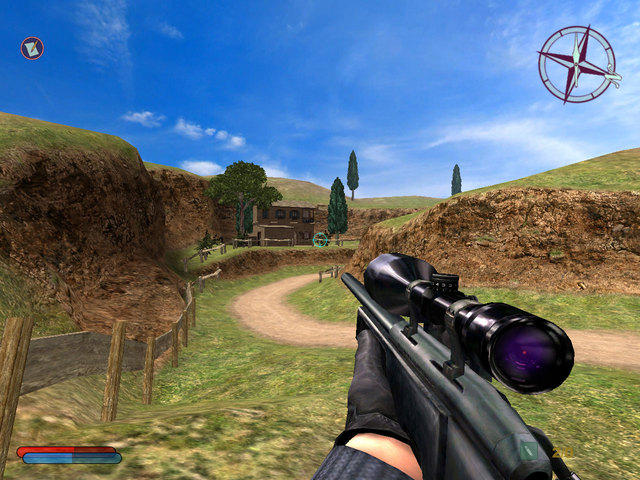 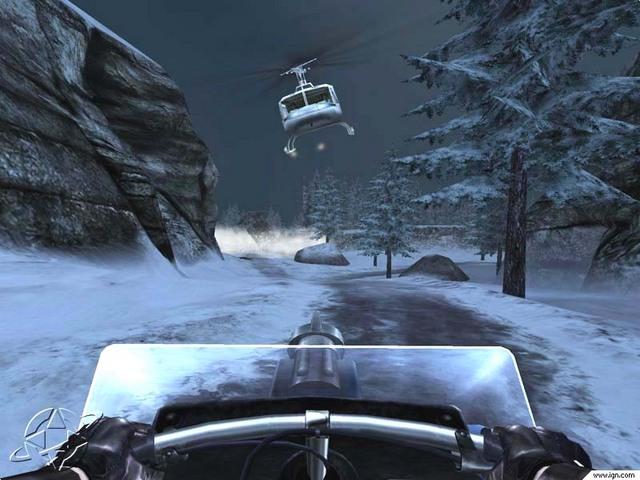 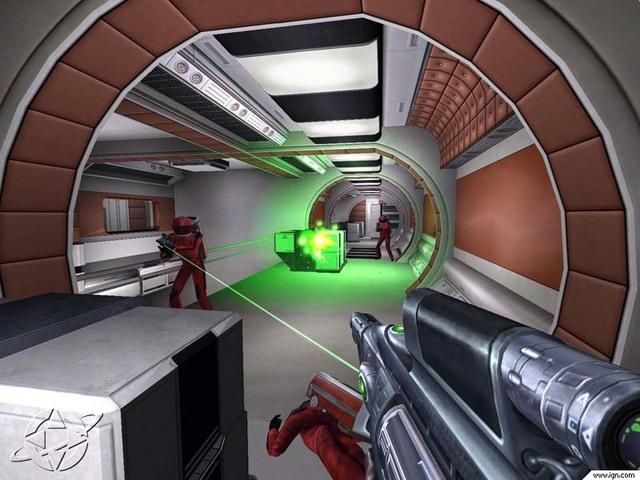 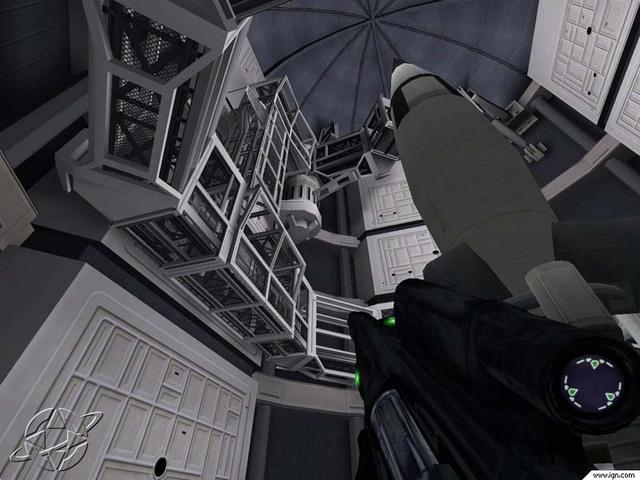 If you are expecting Contract J.A.C.K. (Just Another Contract Killer) to be exactly like the NOLF (No One Lives Forever) games, then you will be disappointed with this game. On the other hand, if you look at this game for what it is, another challenging FPS game, than you will probably like it.

I still believe that it does deserve to be grouped with the NOLF games, because it is similar in some ways, and it does involve some of the same characters and organizations. The humor that was so enjoyable in the NOLF games is also abundant in this game, from dialogue to crazy characters.

You play as Jack, a gunmen hired by the one and only Volkov, who was supposedly killed off by Cate Archer in the first NOLF game, but I guess he survived somehow. He is still with H.A.R.M., and he wants you to eliminate a rival group called Danger Danger.
They are an Italian organization full of gun-totting thugs who want to take over the world, and that just will not work, because H.A.R.M. is supposed to do that.

Gameplay
I think the first thing you will notice about the gameplay style of Contract J.A.C.K., is that there are no stealth missions. After all, this is a man who is used to dealing with brute force more than cunning, so he is more likely to shoot his way through a mission rather than sneak about. You will also notice that there are no intelligence items to be found, but instead what this game offers is secret areas. You do not get any bonuses for finding all of them, but usually there are quite a bit of extra weapons, ammo, and other goodies when you discover a secret area.
This game introduced you to some excellent new weapons that Jack gets to use. Some of these include the Laser Rifle, and Combat Shotgun with explosive shells.

I will admit, one of my vices when it comes to video games, is the load/save times. I don't like to wait a long time for my game to save or load. So I was impressed with this game when I noticed that it took no time at all to save and load a game, that was very nice.

And finally, by far the best addition to the NOLF world that this game brings, is vehicles that are equipped with weapons. I thought this was a great change, because in the first NOLF game, all you could do was run over the enemies with your vehicles, which, don't get me wrong, is always fun, but a weapon on them would have been much better. In Contract J.A.C.K. you have two vehicles you can use: a snowmobile (equipped with a cannon), and a scooter (equipped with double barrel machine guns). The aiming cross hairs for these weapons always locked onto a target, which I thought was nice. Another thing I wanted to mention was the challenging enemy AI. These guys were tough to hit. They would duck, roll, hide behind walls, and sometimes even lie flat on the ground, in a military style crawl.

Graphics
Graphics were fairly decent in this game. Everything was well detailed, and the weapons looked authentic. I think one of the pluses that this game had going for it as far as graphics, is a few unique game settings that it had. One of those was a battle in space, where you had to actually fight off the enemy, while at the same time try to get to your space capsule.

Learning Curve
This had to be the worst part of the game. There was no tutorial of any kind, and not even any kind of help screens. In its defense, the controls and needed options were easy to figure out on your own. It does help to have played the first NOLF game, because many of the same keyboard commands and such are used in this game. But still, I think some consideration should have been given to players who may not have played NOLF.

Replay Value
This is the other low point in this game. Most of this is due to the fact that there was only 7 chapters in this game. It didn't take me too long to play it. There is a difficulty setting in the game options, and that maybe an incentive to play the game again. But I warn you, like I mentioned before, these guys are hard to kill, and I was playing on the Normal setting.

Sound
The sound was good in this game. This was another feature that was similar to the NOLF games. You had the same sixties style music in the background. There were funny conversations you could eaves-drop on, and even intercom bickering that was humorous.

So if you are willing to experience an oddity in the NOLF world, than you might want to pick this game up. Our very own bill has also written a review about this game, and you should check out what he had to say about it.