While the missions could have been a bit more fleshed out and a multiplayer component would have been welcome, the overall execution of the game is one of the highest quality. 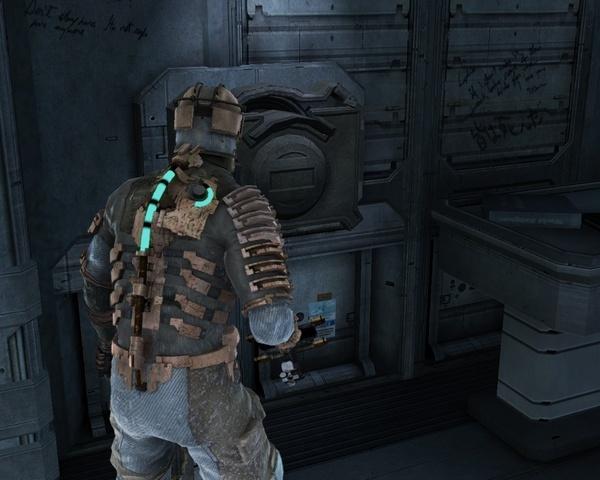 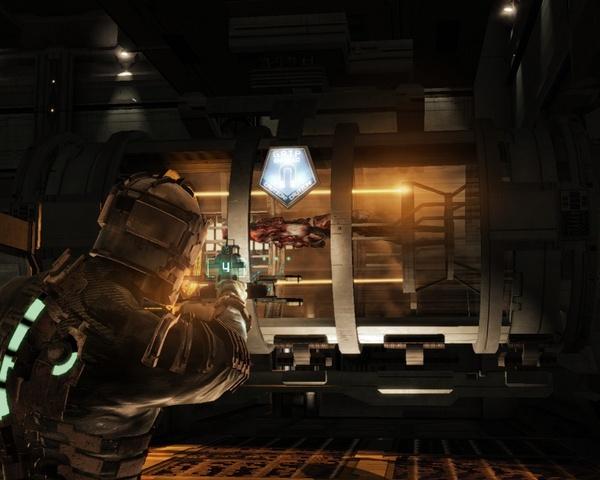 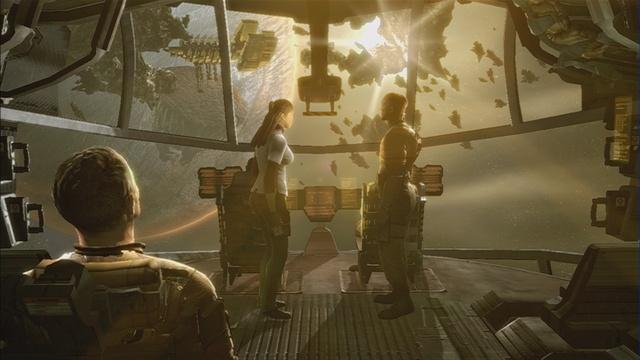 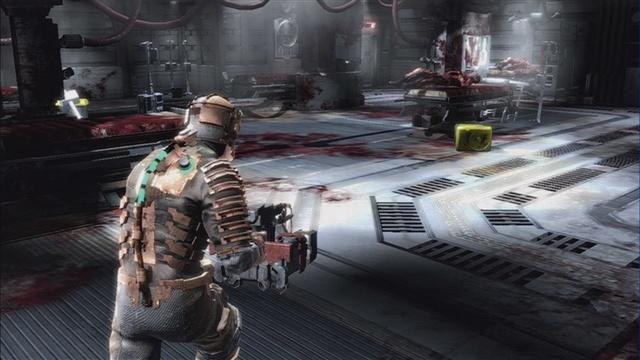 There have long been survival-horror games that have delved into the range of human emotions and delivered pulse-pounding, heart-wrenching titles that are both terrifying and enjoyable to play. With the wide amount of games available now and the popularity of various other titles, it might have been hard for EA to create something new and innovative for gamers to enjoy. Overcoming that obstacle, Dead Space is just as good as any other game from which it derived inspiration, and sometimes even a bit better.

Dead Space relies heavily on its story and it is a benchmark for understanding just why you are on board a derelict space station overrun by vicious alien creatures. Dead Space itself is actually the continuation of a branching storyline that began in a comic series and was continued on through DVD and online films.

The game begins with the giant ship, USG Ishimura, already having been attacked by a mysterious force, while Isaac Clarke and the Concordance Extraction Corporation are responding to a distress signal issued out by someone onboard the Ishimura. Right off the bat, the story itself gets thrilling enough when your ship crash lands in a visually pleasing array of particle effects and high-octane sound. The story is told seamlessly throughout, meaning you will never stop the action to view a cinematic. Audio and text logs you pick up will help in giving you extra info on events while your crew will talk to you on screens that appear right next to your head, which you can view as you walk around.

As Isaac Clarke, you are soon separated from your team and left to venture the bowels of the Ishimura by your lonesome. Being alone is a key concept in Dead Space, and the game thrives in knowing that. You will never know what lurks behind the corner, when it is safe to wander around and look for items, or if you have enough health or ammo to survive until the next save point.

The scare tactics that Dead Space exhibits are for more than just shock value, enemies don't typically just jump out and scare you from the dark. You can hear most enemies beforehand, while hearing their shrieks, screams, and ultimately their footsteps as they come charging straight toward you. The missions require you to venture through the ship and ultimately fix various things that have broken. There isn't much variation in terms of objectives you must complete, but thankfully the slick battles and level designs more than make up for the lack of mission structure.

Being a horror game, the enemies look grotesque and nefarious. These enemies, called necromorphs, are alien beings that can take over corpses and cause them to transform into other vicious enemies. Since your friends so suitably told you that some necromorphs create corpses while others transform corpses, your journey is never as easy as it seems.

These necromorphs come in all shapes and sizes, with each type requiring a different means to kill. Dismembering body parts on the necromorphs is the best option, since doing so will render them helpless for a short time; long enough for you to finish them off with a gun blast to the skull or a foot to the brain. Failure to kill them after you dismember their limbs, however, will turn these helpless foes into deranged killers who lunge at you and attack at super speed and with increased rage. Needless to say it is always in your best interest to kill the necromorphs with precision and speed, oftentimes shooting off their legs to immobilize them and then stomping on their heads for the fatal blow.

The level design in Dead Space is spectacular, with rooms ranging from simple medical bays to a fight on the outer deck of the Ishimura. Most of the game will be spent fighting necromorphs inside the bows of the ship, but the times you do venture outside make for some of the most exciting and thrilling moments. When you leave the comfort of your ship and step outside, a timer appears on your suit letting you know how much oxygen you have left. You can use air cans and oxygen stations to refill your air if you are close to running out, but its best to try and make it to your destination before you ever have to rely on that option. Zero- G rooms are equally as fun, allowing Isaac to jump from wall to wall and literally fly through the air. Oftentimes enemies will fly after you and attack in midair, making the scenario much more frantic and exciting to behold.

What makes combat so exciting is that the enemies don't simply oblige by typical horror game standards, meaning many of the necromorphs will remain hidden and you won't see them until they are right on top of you. Enemies will sometimes even travel through the ship's ventilation system and converge at you from different points in any room. Some necromorphs, like the sinister baby with tentacles that sprout from his back, can fire projectiles at you from far away. It is always best to keep your distance at first and unload using your weapons, but sometimes not being ambushed is easier said than done.Getting ambushed is the nature of Dead Space and it will happen quite often. But counteracting the effect of unwavering odds is made much easier thanks in part to two special attacks that Isaac has access to. From the start, Isaac will learn stasis, a skill which will let him slow down fast-moving objects or enemies. Kinesis lets you pick up objects and throw them similar to the Gravity Gun from Half-Life 2. You can use both special attacks during battle to slow down enemies before throwing an object at them, as well as in various puzzles to get through malfunctioning doors and cross gaps. While stasis runs out if you use it too much and must be recharged at various stations around the ship, kinesis has unlimited power, so you can always use that to your heart's content.

Of course, what would a horror game be without its wide array of weapons for you to control and punish enemies with? Since the Ishimura was a mining ship, many of the weapons are modeled after the type of tools you would find on one, but since the game takes place in the future, there is some leeway to the design and use of many of the weapons. Plasma cutters (your standard handgun), pulse rifles, flamethrowers and line guns (it fires bullets in straight lines) are all just part of the huge inventory you can amass aboard the ship. Each weapon also has an alternate firing mode which lets you either change the direction in which your shots are fired or unleash a deadly blast that uses more ammo but covers a greater distance.

The weapons and armor can be upgraded at workbenches located around the ship. It is here that you can use power nodes to fill in slots on charts for specific abilities. Each gun has specific features that can be unlocked, but for the most part they're usually just increased damage, capacity, or precision. You can also choose to increase your powers, making them last longer or work farther away, and upgrade your stats to give you longer times in rooms without air and more health. These power nodes can also open unlocked doors by overriding door locks, so using the nodes is both highly effective and strategic. The store is also available for you to buy new weapons, armor, and items. Picking up schematics and credits from the enemies gives you access to these items and there is even a safe at every store that you can use to store excessive items.

Visually, Dead Space manages to offer a chillingly realistic view of what happens when aliens attack in space. Every room is incredibly detailed, with blood splattered on the walls and doors, enemies that all look diverse and original, and with no need for an on-screen HUD, the visionary aspects of the game are brought to better life. You can even view which direction to head in by clicking on the analog stick and watch as a luminescent light glows a path for you on the floor.

All of the useful knowledge you need to know about your health and ammo is within sight. You can see how much health and stasis power you have left by looking at the lights on the back of your suit and you can check your current ammo by aiming your weapons and viewing the number located on top of them. It's a very interesting premise that helps give the game a more personal touch, letting you feel more confined to the actions around you. There is one level in particular when you are dodging asteroids smashing through the ship, which was probably one of the most beautiful and surreal instances ever witnessed in a game.

The sound is probably the best aspect of Dead Space. The drips of leaky pipes, the whispers of fallen soldiers begging for help, and the screams of necromorphs approaching all fit together perfectly to offer the perfect blend of horror. The voice acting helps lend to the effect, with audio logs showing gritting events that went wrong and your crew always panicking over the next stage of events. Isaac himself might be mute, but the cast more than makes up for his lack of speech with their well-spoken lines. You can even hear Isaac panting and wheezing when he takes too much damage, something that helped in battles knowing when to lie low and regain health.

Overall, Dead Space is an extraordinary game with tons of shock value and action to whet any fan's appetite for some time, and with a campaign that lasts a steady 10-12 hours, that's plenty of time to get lost aboard the Ishimura. While the missions could have been a bit more fleshed out and a multiplayer component would have been welcome, the overall execution of the game is one of the highest quality.
Review Page Hits: 0 today (622 total)
mediahook