Demon Stone is a somewhat enjoyable, yet forgettable hack 'n' slash/RPG that is mostly a rehash of games from similar genres. 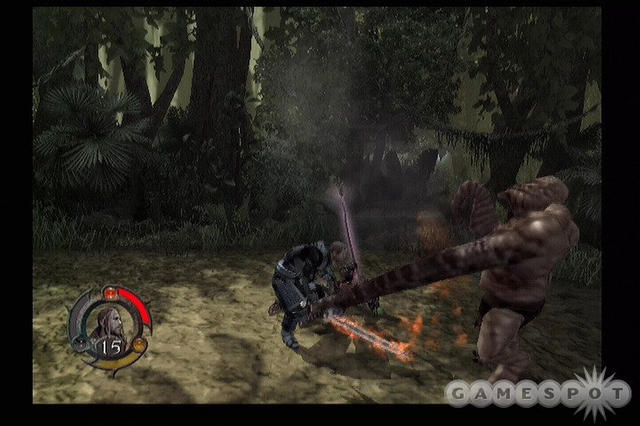 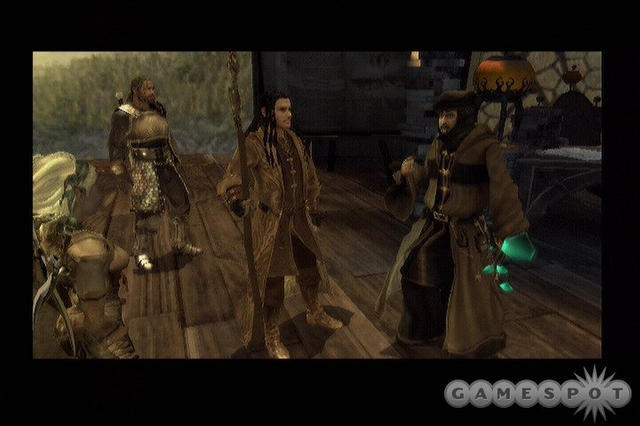 Demon Stone is yet another hack 'n' slash entry into the Forgotten Realms (Dungeons & Dragons) universe. Developed by the same team (Stormfront) that created the two strikingly similar Lord of the Rings games (The Two Towers and The Return of the King), Demon Stone really brings very little to the table in terms of innovative gameplay. You play the role of three heroes: a warrior, sorcerer, and half-elf. Each character has their own unique special abilities, strengths, and weaknesses. The storyline consists of the usual D&D fare -- two characters of great evil have been released from their prison in a magical "demon stone" and you are responsible. So you must reseal the demons or die trying.

Graphics: The PS2 has never been a powerhouse in the graphical department, and Demon Stone proves that point. Jagged, Dreamcast-like graphics abound in this title, and even though it was released in 2004, you'd think from the graphics, that it came out in 2001-2002. This is definitely not a pretty game. The colors are bland and washed out, pixellation in upclose shots is common, and, when more than 20 enemies fill the screen, slowdown is commonplace. However, the graphics are only a small nitpick, as they really don't account for the game being any less fun.

Gameplay: Demon Stone plays almost identically to Lord of the Ring: The Two Towers. Many of the moves seems to be directly cut and pasted from that game, and even the character upgrading system is almost completely identical. However, this time, instead of controlling only one character per level, you are allowed to control all three main characters by switching between them "on the fly". This is pretty much the only innovation brought forth in Demon Stone, yet it makes for a somewhat interesting gameplay mechanic since each character posses special abilities which must be used in tandem to complete various tasks during each level.

Sound: "Forgettable at best" would best describe the sound in Demon Stone. When you cannot recall any specific track from a game, you know that the musical score was meant to be only background noise. The sound effects suffice for the type of game this is, yet sometimes they cut out in the heat of battle for no apparent reason. The only good aspect of the overall sound package is the decent voice acting. Not the best heard in modern games, but above par.

Controls: Each character is very easy to control, yet this also comes as a drawback, since each character basically has the same exact combos and special moves. Some of the button choices for certain moves seems a bit strange (button layout cannot be changed

) but overall, the control scheme should be very simple to master after a few levels.

Fun Factor: Hack 'n' slash games do have a certain appeal to this reviewer, yet this title really fails to grab hold and become a memorable game. Many of the levels are extremely boring early on in the game. However, a few specific levels are very exciting to play, yet don't quite lead to the quality of Stormfront's Lord of the Rings games. None of the bosses are all that tough (sans one near the end), and checkpoints abound so you won't have to travel back too far if you die. Overall, Demon Stone is a somewhat enjoyable game for the short time it lasts (5-6 hours or so).

Overall: Demon Stone is not worth playing unless you truly love games of this genre. The short story mode and lack of multiplayer really take away from this game's replay value. Worthy of a rental at best.
Review Page Hits: 0 today (197 total)
mediahook