A horrible rip-off of Grand Theft Auto. Avoid at all costs. 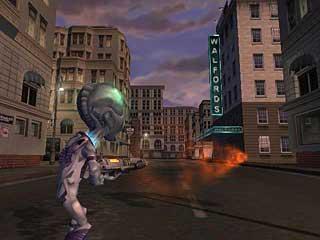 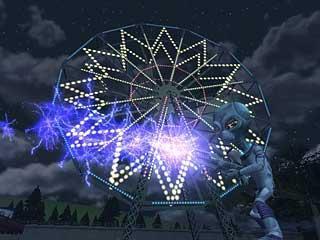 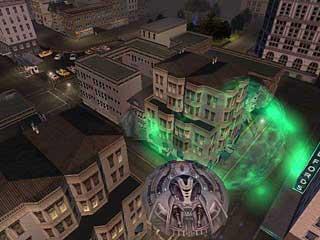 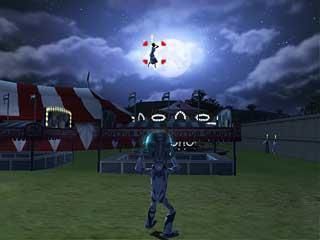 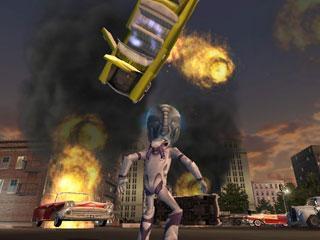 From the back of the box:
Play as an alien clone who is sent to Earth to infiltrate and destroy the human race.
Fly your UFO and unleash massive destruction.
Use your Zap-O-Matic, Disintegrator Ray, Jet Pack and more.
Manipulate Earthlings with your mind control abilities.

Overall Impressions:
I really hated this game. There are few games out there that I will not complete all the way to the end. However, I traded this game before seeing the ending and was happy to get only $5 trade for it.

I should have known that the game was going to be bad as soon as I found out that the main character's name was Cryptosporidium. Since I'm in medical school, I was amused at first because his/her name refers to protozoa that is passed in the feces and spread by zoonotic means, direct person-to-person contact, or waterborne ingestion. It takes about one week for it to cause Cryptosporidiosis with acute profuse watery diarrhea, abdominal cramps, fever, nausea, anorexia, and malaise.

Basically, I'd rather have Cryptosporidiosis than to ever play this game again.

Destroy All Humans is a poor rip-off of Grand Theft Auto, with poor graphics (I obtained the screen shots from the official site and they are nothing like the actual game), horrible sound (I had trouble understanding what they were saying), no gameplay (boring and tedious) and no replay value (who wants to replay a game that you don't want to finish?).

The plot is extremely linear, and there are very few different sites/places to visit. There are side quests, but they involve collecting probes, which is boring and tedious, or completing tasks similar to the rampages in GTA. But these do not count toward the 100% completion.

The humor of the game is cute at first but get extremely tedious after an hour of game play.

Game in a nutshell:
There is no plot. You are an alien clone and your job is to kill humans (which respawn) and destroy buildings (which rebuild). You are given boring weapons to complete this task and you have some psychokinetic powers (that sound cooler than they actually are). You can upgrade them by trading for human DNA, obtained by ripping out spinal columns and brains. However, you can only upgrade them at a certain rate set by the game, even if you have enough DNA to purchase them.

Similar to GTA, you have a warning bar that corresponds to the number of people that have spotted you in your alien form. When it fills up, police will arrive, then the army, then the "Men in Black."

Unlike GTA, there is only one mode of transportation that you can use, your UFO. Your UFO is easily destroyed, very slow, hard to maneuver, and can only land in specific sites.
Review Page Hits: 0 today (486 total)
mediahook