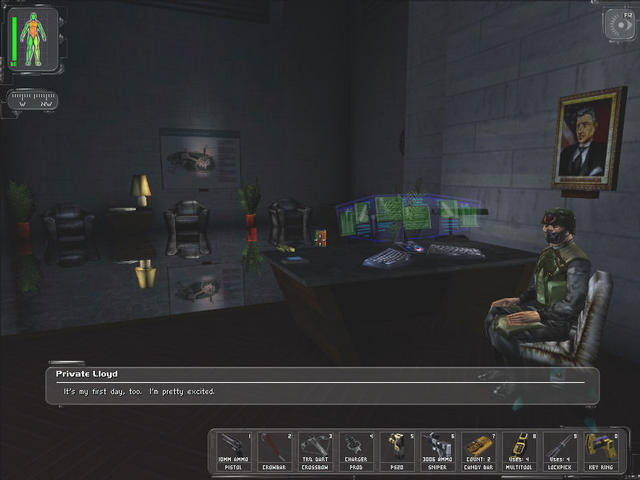 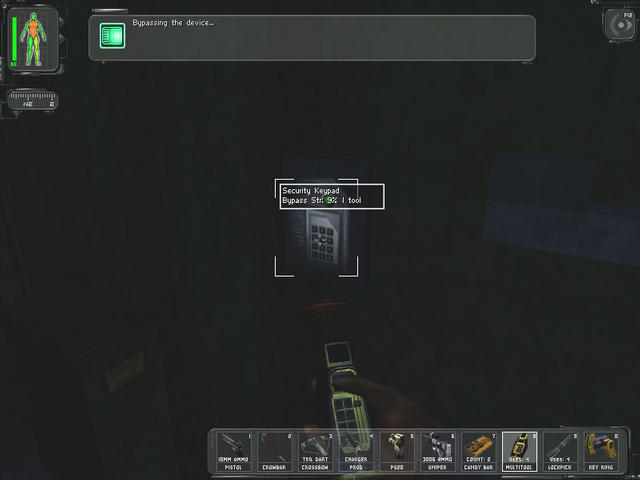 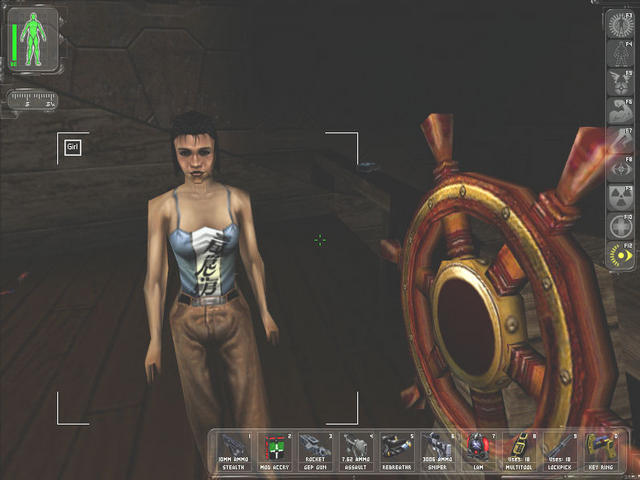 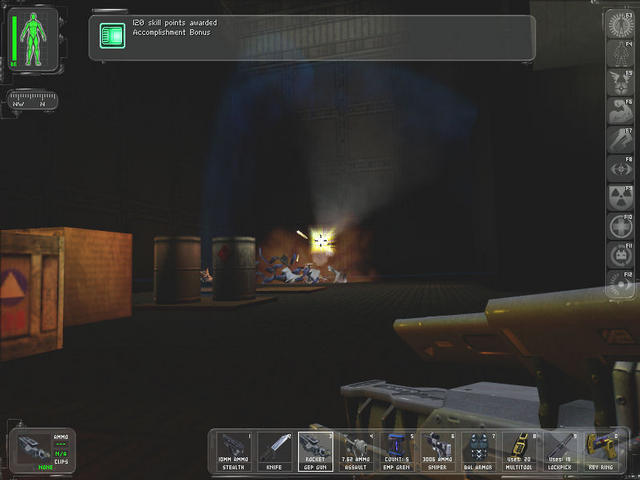 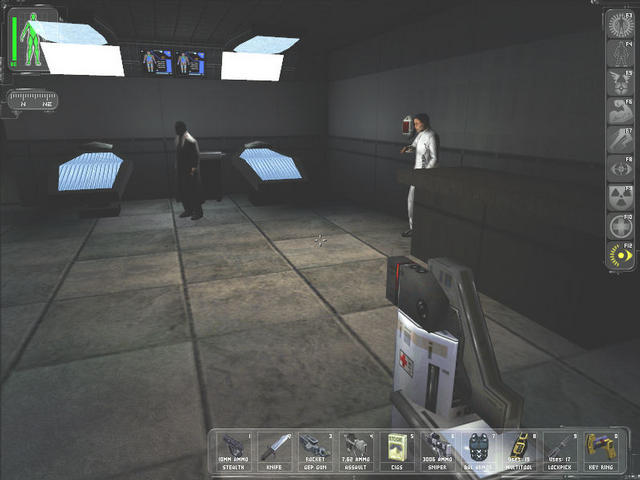 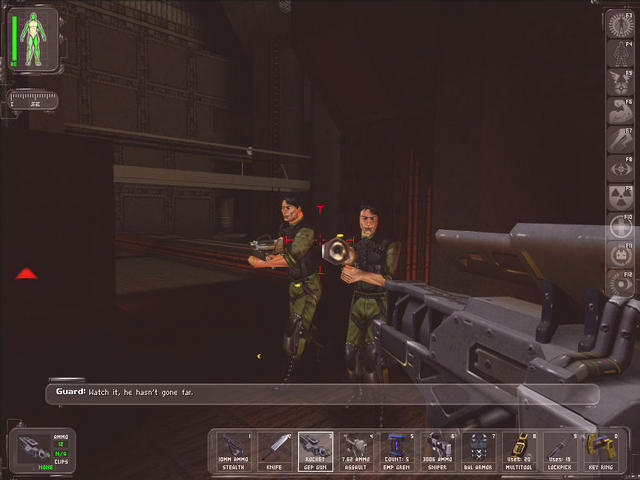 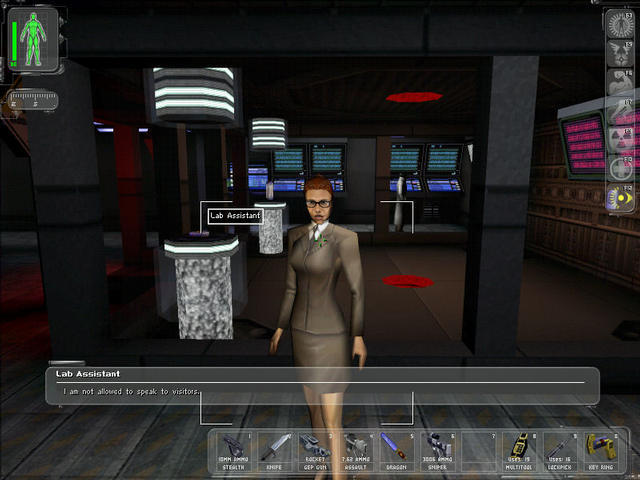 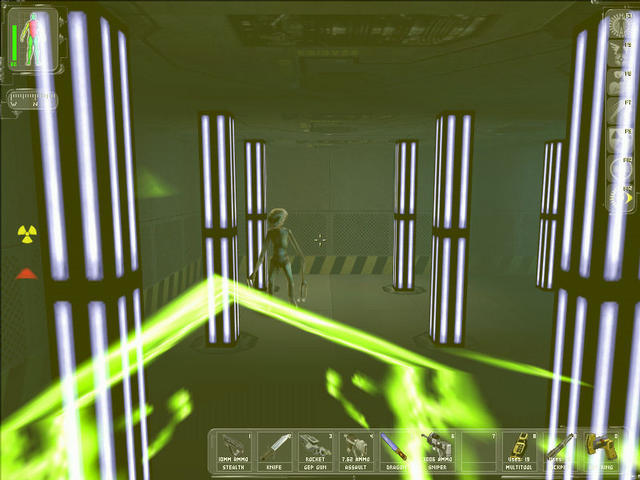 It has been awhile since I have played something this enjoyable. I just got done with it, and I had a BLAST with it. It is a superb game that goes way beyond being a "shooter" game

Set in the future, you play the character of a government agent who is mechanically augmented by Nanotech technology. The augments allow you powers like: seeing in the dark, strength boosts, bullet proof, jump very high, run faster, resist radioactive toxins, and even regenerate your health!

You are initially sent out to track down and eliminate a terrorist organization that is wrecking havoc upon the US and other countries. But, as the game progresses, you find that you are not being told all there is to know about them. Also, the the people you are working for have their own secrets. Thus, the interesting plot begins. You must find out what is really going on. As you search for clues, you visit: New York, China, Vandenberg Air Base, Paris, An ocean lab, and even the "ever cloaked in secrecy" Area 51!

There are so many great things about this game. I am not sure where to begin. I will point out some of the ones that I really enjoyed. I'm sure when you play it, you will find things about it that peaked your interest.

The augmentations that you can get done on your character are very cool. It's an interesting feature that I had not seen in any other game. It definitely helped in many areas, especially the regenerate capability which was very handy.
Visiting all the different areas was neat, and each one had some very interesting facts and history about it that was intriguing. Learning about the different groups of people was also interesting. I am sure that some of it is actually based on real facts. This makes it even more worthy of your attention. In fact, I know that groups like the Illuminati, and Knights Templar, and even the Triads of China are real organizations. Having real groups in the game made it seem even more realistic. There are awesome weapons to choose from. Each has strengths and weaknesses. Different weapons are better at taking down different foes.

There is also a skills system in the game that lets you develop certain skills as you gain skill points. During the game you will be given primary goals and secondary goals. Once you complete either one of these, you obtain a certain amount of skill points. You will also gain them for finding certain areas and finding specific people. They are similar to experience points in a role-playing game. These points add-up as the game goes on. You can then use then to upgrade your skills. Each skill needs more points to take it to the next level. It's a very unique and well put together system. All of the skills started at the untrained level when the game begins. You can upgrade all they way up to master level. Some of the skills you can advance include: swimming, heavy weapons, computers, and lock-picking.

I really liked being able to interact with the surroundings of the game in almost any fashion that you wanted too. You can do everything from hacking an ATM machine to busting crates for more items. Chatting with the other people in the game was enjoyable because they each had their own personalities and quirks that sometimes made them pretty funny. You are also presented with plenty of "bad guys" in the game that do not want to talk to you, They just want to kill you. One of the other great things about this game is that you have certain kinds of weapons that will allow you to render your opponent unconscious instead of outright gunning them down. I thought was a great alternative that is not often present in "shooter" type of games.

Another wonderful thing about the game was the soundtrack. This game has great music all the way through it. I think that helps a lot in a game. It keeps you from falling asleep! The graphics were superb as well, Every city, station, and base, looked real. They all sounded like a city or base should sound. It made you feel like you were really there. The interface was very easy to use, everything is a mouse click away, and all your journals, notes, or images, could be brought up without any difficulty.

There was also a training section available, which I would highly recommend to anyone before they jump into the real campaign. It outlines your controls, and how to use your weapons. It also covers stealth skills, and other accessories.
The Game of the Year edition also provides multi-player and a death match options as well as a tool-set that allows you to create your own worlds.

I know some of the material in the game may sound somewhat paranoid. But, I think if you realize that it is just a game, then you will be able to take it at face value and really have a good time with it. Believe me when I say that the plot will take twists and turns that you did not expect and will keep you coming back for more.

A very enjoyable game, one worth trying.