A Good Port, But Not Flawless 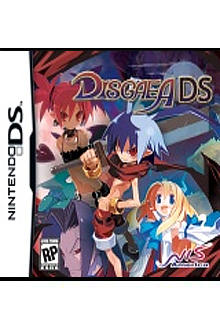 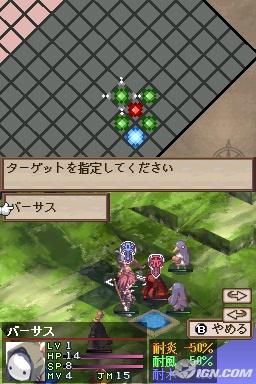 To begin: this game is a port of the PSP version of the game (Disgaea: Afternoon of Darkness), which is a port of the Playstation 2 version of the game (Disgaea: Hour of Darkness). The game was originally released for the Playstation 2 on August 27, 2003. While it was relatively unpopular upon release it slowly gained popularity for its cute, yet dark atmosphere. It has since become a "cult-hit" and eventually became a "Greatest Hits" game after reaching the 400,000 sales mark.

As far as gameplay goes, the story flows very naturally; it is a well-crafted and extremely humorous tale. You really come to love the main characters, despite the fact that they are "heartless" demons who see pleasure in pain and murder. You'll laugh, you'll cry, and you'll probably laugh even more. This game truly evokes a wide range of emotions. The story is possibly the best aspect of the game. The controls are great, but not flawless, due to the fact that the game was originally intended for use with the Playstation 2 controller, which has an analog stick. The touch-screen controls are rendered almost useless due to the small size of the battlefields, though the additions of the "Touch" or "Talk" bubbles that appear over objects you can interact with are quite handy. Another great feature of Disgaea is the ability to change the strength of enemies by passing bills, thereby allowing you to make the game harder (which is saying something, since the game is already pretty hard!).

Speaking of features that did not port perfectly, the artwork seems to have taken a very noticeable hit in the port from PSP to NDS-- and that is saying something, seeing as the original game, on the PS2, had pretty bad graphics. But this flaw is easily ignored as the graphics are definitely up to Nintendo DS standards. The sprites are cute and chibi-ish, while the spell animations are great (but by no means the best). The graphics are above-average, but are not up to the standards set by other games.

Perhaps the most disappointing difference between this game and the original is the sound. Whereas Disgaea: Hour of Darkness for the Playstation 2 had full voice-acting, it appears that much of it was cut to conserve cartridge space. The most disappointing part of the game was when I was forced to read "Nin nin" as spoken by Flonne, instead of hearing her say it in her childish, angelic voice. On the plus-side, however, voice-acting in any form on the DS is always something to be excited about and unlike most imported Japanese game, the word "Engrish" never comes to mind while playing. The voice actors are FANTASTIC and add incredible color and richness to the game. While the loss of full voice-acting is disheartening, the quality of what remains is enough for the sound to be excellent.

Games for the Nintendo DS tend (not always though) to be childish and simplistic in terms of the learning curve. The opposite is true for Disgaea DS. It takes quite some time to completely understand all aspects of the game including features such as the Item World (a one-hundred level, randomly generated dungeon inside EVERY item), the Dark Council (similar to a real-world senate), the ability to Reincarnate characters (allowing them to return to lvl1 as the same or different class), the presence of "Specialists" inside every item which provide stat boosts or bonuses (such as increased experience), and many other complex features. The game also does a poor job of introducing these features, leaving you to experiment on your own. Thus, the learning curve is pretty steep, but not impossible.

Disgaea, as a series, is perhaps most well-known for its' replay value. It is easy to understand when you learn that characters can reach lvl. 9999 AND characters can be reincarnated back to lvl. 1 and then leveled up again, giving them higher stats. This, combined with the fact that there are many different endings, loads of unlockable characters, and oodles of secret weapons, lead to almost infinite replay value. I have clocked 200 hours on the PS2 version of the game, which has LESS features, and I STILL have not done everything! The DS has additional features on top of that so you are looking at a game that could easily take you 200 hours to complete entirely! Not to mention the presence of 60-something character classes, the new Etna-Mode, the Prinny Commentary that becomes available upon beating the game, and the ability to open up 5 new worlds via the Dark Council! This game alone is easily enough to keep you content for an entire road trip across the country, across the continent and back-- and you would still need even more time to complete everything.

Overall, if you are looking for a portable SRPG to play on the bus, on the can, or even during class this is easily the best on the DS-- and it'll keep you busy during hours and hours (and hours and hours and hours) of boring lectures. However, if you're looking for a modern, graphically impressive game that delivers unseen features and new gameplay options I would steer clear of this game. It is good, but its age has begun to show in many ways. Overall if you've got a few bucks and want a good DS game, then BUY THIS!! If you want a good SRPG get your hands on a PS2 or PS3 and play something else.

My rating? A great game that deserves a port, but has begun to show it's age graphically, gameplay-wise, and otherwise-- if this game were the original in a series, it would easily receive an A+, but since it is a port of a port and has been done before, I believe a B+ is most appropriate.
Review Page Hits: 2 today (305 total)
mediahook