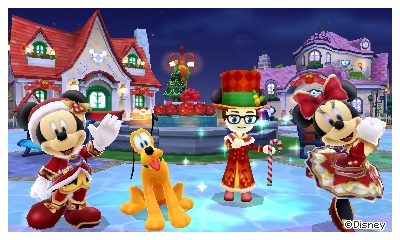 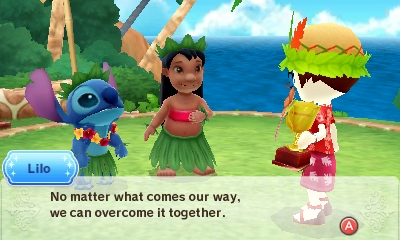 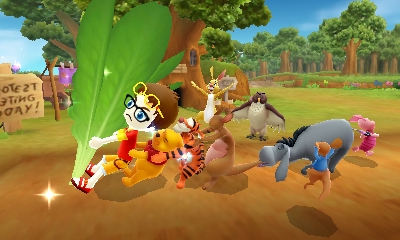 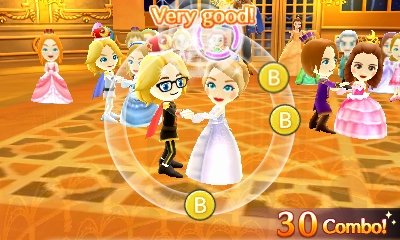 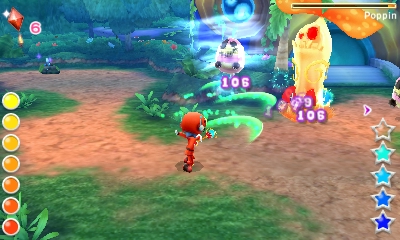 Taking the worlds of Disney and its characters, mixing them up into an interactive fantasy world, and presenting players with an abundance of tasks to do and options to consider sounds like an awesome time, right? Well, that's what the original Disney Magical World indeed was, and with this year's sequel, Disney Magical World 2, the same superb idea is present. That said, the opening moments and some presentation problems do somewhat distract, but overall, if you have a Disney fan in your life with a Nintendo 3DS, Disney Magical World 2 would be quite the gift.

Disney Magical World 2 starts you off with creating your character, the avatar that will move through the kingdom of Castleton to interact with characters both Disney and generic. You have the option of choosing boy or girl, hair type and color, eye color, height, skin color, or you can opt to just use your Mii associated with your Nintendo 3DS system. Either way and with either sex you choose, you're able to dress in anything you want, regardless of your gender, which is very nice.

Though you might get excited from the opening of the game, which features a bombastic vocal tune, the excitement soon turns into tedium, at least at the start of the game. What you get is a meeting with Mickey Mouse, Minnie Mouse, Donald Duck, Daisy Duck, Goofy, and Pluto, and after that, an extended tutorial covering the basics of the game. This is everything from learning how stickers work (the main means of progression in Disney Magical World 2), finding out how to discover materials to be used in creating clothes, furniture, and even food, how to run your cafe, how to fish, and a lot more that makes for a long and quite boring first hour or two of the game, especially if you've already played the original.

Thankfully, after you're done with this tutorial, you're let loose to do a number of tasks. The main goal of Disney Magical World 2 is to acquire stickers through performing various tasks. At first, these tasks aren't very complicated whatsoever. They can be as simple as creating an odd number of new dishes at your cafe, making a certain number of new furniture pieces, or crafting a specific amount of clothing. As you move forward and gain more stickers, the tasks become a little more convoluted and/or they require a larger time investment to complete.

The purpose of stickers is that many parts of Disney Magical World 2 are locked away behind sticker gates. Earn enough stickers, and you can unlock these gates, rewarding you with new content. For instance, at Chip 'n Dale's furniture creation shop, you can consistently earn new recipes for new furniture to create by gaining more and more stickers. It's the same thing with Daisy Duck's clothing shop, where the more stickers you earn, the more new types of clothes you can make.

Castleton is the main hub of Disney Magical World 2, a large kingdom that has three districts to it. One is main street, where the clothing and furniture creation destinations are located, as well as Scrooge McDuck's store, where the goods inside-- from furniture to clothing and accessories-- change out every six hours.

Meanwhile, the west is the residential district, where Mickey, Minnie, Donald, and the rest of the crew live. Your house is also located here, where you can customize both the outside and the inside-- the latter allowing much more customization options. The cafe is also here, where you perform duties like using material recipes to create snacks, main courses, and desserts; decorating the interior in one of many themes, and throwing parties where you can invite specific characters from many classic Disney films like Aladdin, Peter Pan, and Cinderella.

Lastly, the northern part of Castleton houses the castle as well as portals to other Disney worlds from films like Winnie the Pooh, Frozen, Lilo and Stitch, Alice in Wonderland, The Little Mermaid, and Snow White and the Seven Dwarfs. Each world is home to an episode board. Episodes unlock after earning a specific amount of stickers, and many feature your character going through dungeons (though these are massively more linear than in the original Disney Magical World), using a magic wand given to you by the mystical wizard Yen Sid to defeat ghosts. As you gain materials in these episodes, you're able to craft more powerful costumes for better health and stronger wands to deliver more damage to enemies. Other episodes like those found in Winnie the Pooh's 100-Acre Wood and Snow White and the Seven Dwarfs' forest have no combat, instead entrusting you with miscellaneous tasks like finding objects, crafting certain furniture pieces, and talking to specific characters to complete these episodes.

Disney Magical World 2 may have a lot to do (and that's an understatement, really), but it's all available to players at their own pace and leisure. Though you do need to collect all 100 initial stickers to see the game's ending, a task that took me close to 30 hours to do, it's nothing that needs to be done immediately. You can create your perfect room, through crafting furniture from materials, and if you lack a certain material, the game provides you with a material log to note where a given material can be located, such as a certain world's episode, for instance. You can create a cafe empire, completing various missions to have your cafe go up in rank, allowing you to craft more servings at once for more coinage. Take on requests from various townspeople and Disney characters, take photos with your favorite Disney stars, and much more. There is a multitude of tasks available, and it helps abundantly if you dig Disney. This is the type of game that children will definitely love.

With a more discerning eye, however, there are some issues with Disney Magical World 2. For one, there are frequent loading times. While limited in their duration, they add up as you always get a loading screen upon moving from area to area. Performance isn't perfect with notable frame-rate issues. And as already stated, the intro tutorial goes on way too long, which will probably make more impatient people wish they could just skip it if they don't just drop the game immediately because of it.

Disney Magical World 2 isn't for everyone. If you cringe at the thought of your character dancing with Disney stars on a stage while sugary sweet Disney music plays, you might not find yourself enjoying this game. For everyone else, there is a massive amount of content to be found, where you're never at a loss for something to do. The relaxed structure means you don't necessarily have to do something in order, save for a world's list of episodes, that is. Interacting with accurately written Disney characters like Winnie the Pooh, Olaf from Frozen, and the dwarfs from Snow White will make plenty of people smile as they play, even with the performance problems and beginning tutorial.
Review Page Hits: 0 today (207 total)
mediahook