Official Site
Social networking site for this and other BioWare games

Another fine RPG from the gurus at BioWare, with only small nitpicks to mar an otherwise great game. 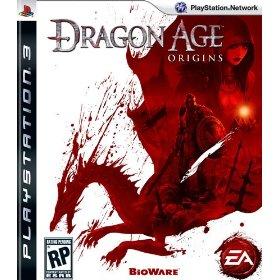 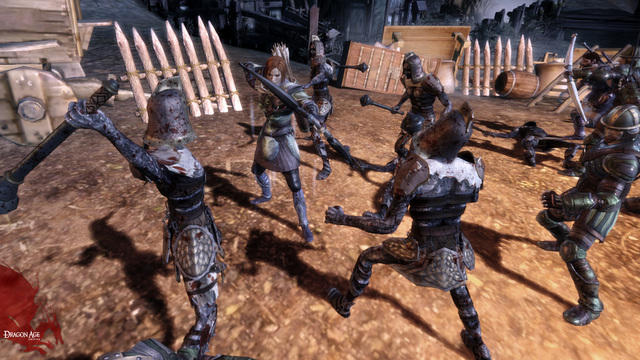 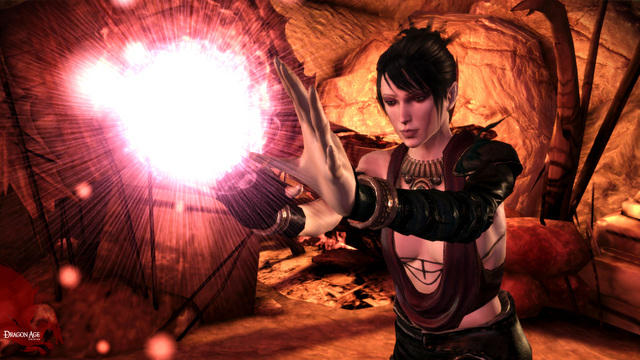 Dragon Age: Origins (DA:O) is the latest RPG from BioWare, the makers of Baldur's Gate and Neverwinter Nights, among others. At this point, BioWare has developed a fan following, with each new release eagerly anticipated by their regular customers. As with other releases, Dragon Age provides an in-depth storyline complete with choices to challenge your character's ethics (if any), side-quests, numerous non-player characters, and tons of items to be found.

Dragon Age offers a quest through the world of Ferelden. Your opening few hours of gameplay will differ greatly depending on race (human, dwarf, elf) and class (warrior, mage, rogue), as the game provides six different "origins" for your character. Given the divisions between the classes and races that exist in this world, the varied origin stories make sense from a plot point of view, while also offering a some extra replay value.

Eventually though, you end up in the same place, as a Grey Warden, charged with fighting off the Darkspawn, the collective name for the monsters, demons, and undead threatening the land.

Aside from the typical war against the monsters though, there is also a fair amount of political intrigue going on. Various human (and elven, dwarven, etc) factions are using the war to score points against each other, seize power, settle old scores, etc. Navigating between these groups is a big part of your task, as you attempt to get everyone to focus on the real threat that could destroy all of them.

Overall, the graphics are very good-looking. The game engine allows players to customize their character's appearance, so that facemaker-created face is shown for your character throughout the game.

Now and again though, the character models look sort of plastic. I was reminded of some of the complaints about the film The Polar Express, where reviewers commented on the creepy, dead-eyed look of some of the characters. Some of Dragon Age's NPC's especially can look like talking mannequins, without exhibiting many signs of "life."

The games locations are fairly varied, including indoor and outdoor settings. As such, the moving back and forth breaks up the game visually, avoiding the feeling of a lot of repetition.

One other note is that the game seems to take glee in showing the after-effects of combat by painting your party with splattered blood. This didn't especially bother me, but it didn't do much for me either. My last few BioWare games (the NeverWinter Nights and Star Wars: Knights of the Old Republic series) did not include such a detail, and it stands out here. It feels out of place, oddly, in a Dungeons and Dragons-style game. (Dragon Age is not a D&D game, but it sure feels like one, intentionally I think. BioWare describes it as the spiritual successor to the Baldur's Gate games, which were D&D titles.)

The most important sounds in DA:O are the voices of the numerous characters you will talk to. And talk to. And talk some more to. Everyone has a lot of information to pass on to you. This includes your own party members, as well as random people you meet in your travels. Conversation is handled via a menu system, with you picking from a list of possible responses your character can give to what is being said.

One voice you won't here is your own character's. This makes conversations oddly one sided, since the character you are speaking to will give a huge speech, followed by you clicking a line of text, followed by the character's next spoken response. This omission is especially odd since you are allowed to pick a voice style for your character back in the character creation screen. I suppose they couldn't record thousands of lines of dialogue for each of the offered player voices, but why offer the choice in the first place then?

Aside from voices, you'll hear the usual assortment of swords clanging, spells being fired, etc. There's also some nice background music through many scenes, which seems to alter based on what is happening at the time; calmer music for when you are walking around, and more adventurous sounds for battle sequences.

The game alternates between 3rd person for exploring and fighting, and the conversation screen mentioned above. You'll spend a lot of time on each, especially early on.

The old standard BioWare radial menu is here again for pausing the game and issuing specific orders to your party. Alternately, you can control one character and let the game AI control the rest if no specific orders are given. You can also set priorities for the other characters, effectively rewriting the AI yourself.

One nitpick here is that the radial menu is brought up via L2 on the PS3 controller. You need to hold down L2 the whole time though. This seems odd to me. I am mostly a PC gamer, and in past BioWare games, you simply hit space to pause things and issue orders. I don't understand why this awkward choice was made for the PS3.

I do want to mention the difficulty of the combat. Frequently, you'll be cruising along, dishing out damage with no problems, and then come across a room with markedly more difficult and/or more numerous enemies. This forces you to save often, as you'll otherwise end up replaying from the last auto-save checkpoint. I've hit a couple of these so far, and they seem very out of place. I'm all in favor of challenging gameplay, but turning up the volume from 4 to "11" seems unfair and pointless. At the very least, the game should auto-save before any such encounter.

Inventory management is the typical "paper doll" type screen seen in games for a decade or two. The game maintains notes, maps, and quest information for you, meaning you will not lose any important information as you proceed. This is especially important as you will be drawn off on side-quests, or even need to go on a new quest to complete a previous one.

I'm enjoying Dragon Age: Origins a lot. It's been a while since I got into a huge RPG like this, and the intricate storytelling is holding my interest. The few nitpicks mentioned above should not keep anyone from spending time (and lots of it) in Ferelden.
Review Page Hits: 0 today (444 total)
mediahook