If you like the Monster Rancher series, you will love this game. Recommended for anyone who loves to make their own creatures and fight them. 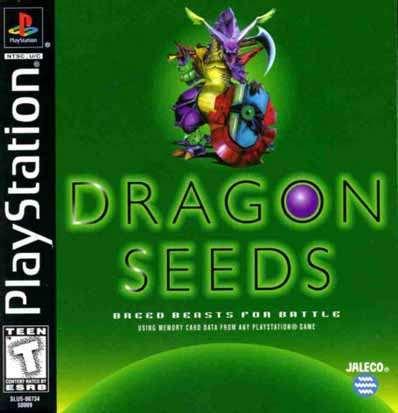 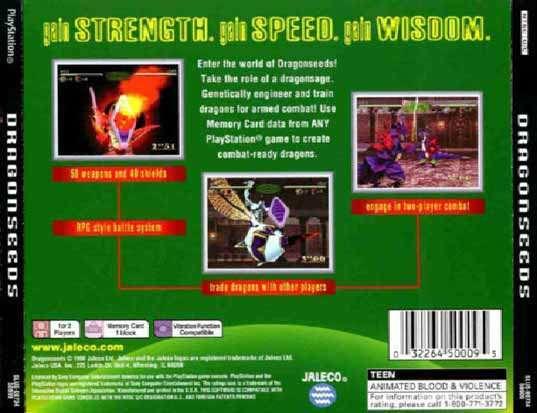 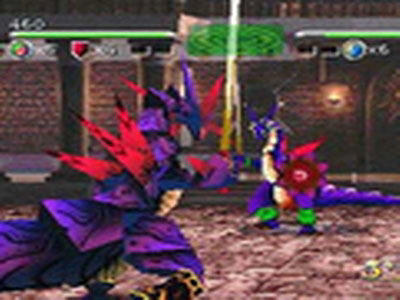 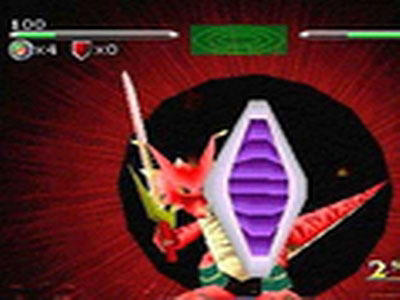 First off, if you have played the Monster Rancher series and liked it, you will love this game. I think that this game surpasses the Monster rancher games on the PSX. It might not have as many monster's, but what it does have is great. You can Breed over 9 species of dragons, and they evolve throughout the game into cocoons and evenutally the can mutate and turn into a super dragon and other things.

On to the Gameplay:
The game starts off you are arriving at this new place to live. You have to register with your name and you get your own apartment. In the very beginning you must fight your baby dragon with the champion's dragon... you will have to play to see what happens next.

Once you have fought the champion in the beginning, now it is time to get another dragon. You must go to the bio-bank where you can put DNA strands together to form your own personal Dragon. There are over 20 phrases, and each will create a different kind of dragon. Once you get your dragon you will need to get weapons and Shields. There are over 120 Weapons and over 100 shields that go from small to medium to large. There are also rare Weapons and shields you can only get from a special place -- these are very powerful.

There are some cool places to go like the junk shop "Pablo's place." It is a wild dragon fighting center, a training center, the memory forest, and the arena.

The Battle System in this game leaves something to be desired, but it doesn't take away form the score I gave it or the overall feel of the game. The battles take place in the arena and at Pablo's. Battles are mainly like turn based. They consist of the x and o button being used for attacking and specials, square and triangle are used for blocking with the shield, and
the directional bttons allow you to move backwards and forwards.

The battle system can be pretty fun though even at the early rankings there are some tough battles, but you also get rewarded with collecting trophies for each rank you beat. You can see them in your apartment.

The Music in this game is just great. The tunes really match with the feeling of the game and being in a place you have never been before. Each place you visit has its own track, each very nice and it puts you into the game even more. The sound effects are above average. There is no speech in the game and this doesn't matter cause there isn't to much talking.

The Graphics are really nice for the PSX. The main map is hand drawn, and so are all of the characters in this game. The only thing that is in 3D is the battles and they still look pretty nice. when you are in the world view you can see your dragon he is in 3D standing there you can also see any shield or weapons he has equipped.

Overall if you love to play games that have awesome replay value and the chance to make your own dragon, this game is for you. I also suggest if you have any interest in breeding monsters or you like the monster rancher series don't pass this up. It is a rare gem for anyone to enjoy even if you aren't a fan of breeding games.

I could go on and on about this game but I won't. I will just say if you have the slightest interest in this game, get it. You will not be disappointed. It goes for about 30 bucks on Ebay, which is where you will probably have to buy it, since I don't think you will be able to find it in any game store. Trust me, I have looked. Regardless, this game is worth every penny.