Eternal Sonata is a wonderfully magnificent game full of intrigue, splendor, and tons of classical music. 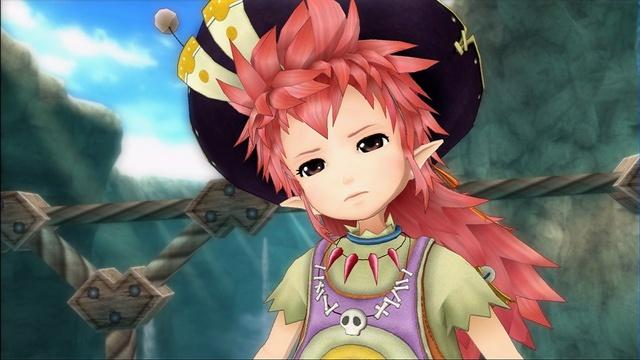 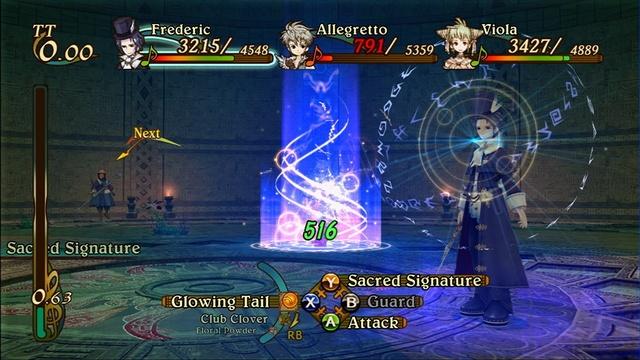 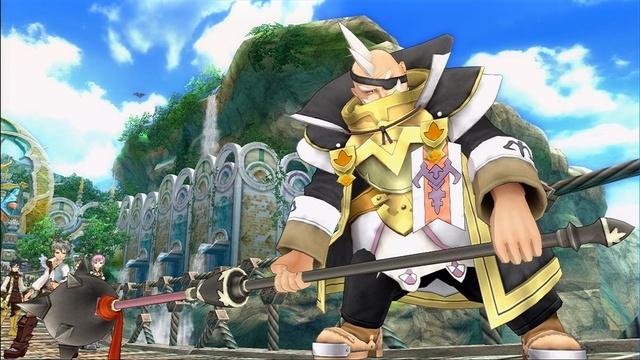 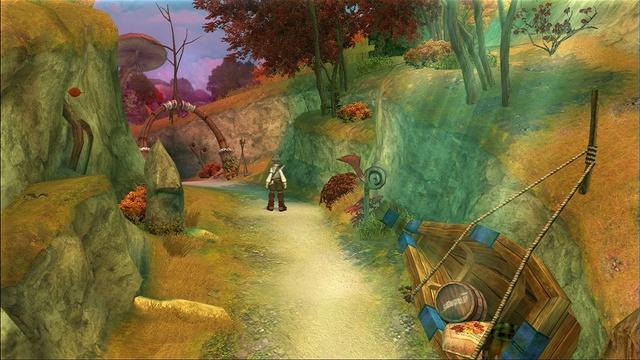 Eternal Sonata is a wonderfully magnificent game full of intrigue, splendor, and tons of classical music. While other RPG's on the Xbox 360 have failed to illuminate their stories, characters, or battle systems, tri-Crescendo have perfected a masterpiece that exemplifies the best that the Xbox 360 has to offer. There are a few small quirks, but the overall experience will leave a much deserved lasting expression on you.

As the story begins, we find Polish composer Frederick Chopin suffering from tuberculosis on his death bed. While his physical sense is being deteriorated, Chopin's mind wanders into a fantasy world where he will meet many characters (all of which have names relating to musical entendres) and help to ultimately save the world. Quite a task to perform whilst on the verge of death, to say the least. The story itself is grand to behold, although there are moments when things start to get too political at times. The story starts shelving its own theories and insights into topics about government corruption, prejudice, and social minorities. It's a unique concept, and one that will keep fans of politics interested for quite some time, but when the main characters are only involved in polka music and listening to accented notes, the themes can tend to be a bit much in the long run.

While the story is a hit or miss depending on your views and likenesses, the combat is sure to draw anyone in due to its incredible strategic formations and the ability to use your reflexes to your advantage. The combat system in Eternal Sonata is like a mix of both real-time strategy and turn-based combat. What makes things interesting is how long it takes you to begin fighting, and depending on how quickly you start things up, the enemy encounters can turn into easy wins or frantic struggles to stay alive. At the beginning of every battle a countdown starts, in which you can survey the battlefield and choose to attack or move to a better position.

After you decide the best spot for commencing battle, it is then up to you to plan your choice of attack. A sidebar located at the top shows the order in which characters will attack, and allocating your skills, magic, and special abilities can be utilized to your full advantage. Every character has only a certain amount of time to lock in their skill before the timer counts down, and if that happens then you will be forced to use the most basic and highly ineffective attack. There should never be any moments when the clock would be a temperamental problem until later in the game when you reach higher levels and the enemies are tougher.

Part of the fun of the battle system derives from the fact you are not super imposed into a certain spot when battling enemies. When it is your character's turns, you can move anywhere on the battlefield you choose, attacking the enemy from the side, behind, or even above. Certain enemies have weaknesses to vantage points and flanking positions, so learning those to your advantage is always a good key to master. Winning battles is essential to victory since you will gain more levels and experience points to upgrade your characters. However, the higher levels you obtain, the harder battles will ultimately come, with the timer going faster and shorter, magic using more energy, and movement restricted. It makes the game more fun to manage in the later parts, but the steep difficulty may be too much for some to muster.

Besides taking advantage of your position in battle, noting where the shadows lie is also a key component. The shadows play a key role in the game, as characters, as well as enemies can perform different skills and even take up completely (and sometimes more powerful) forms. Certain special attacks are only perfumed if you are standing outside of shadows, or in the light, while others are the other way around. There are also times when enemies may block all the shadow from the battlefield, utilizing it to their advantage in both appearance and skills. They will become ferocious beasts who will constantly overpower you and neglect you from using shadow spells against them.

Making sure to note these locations as well as the positions of your characters and enemies always makes battles fun to engage in and never becomes repetitive and mindless chore.
While the combat is intuitive and engaging, the visuals are a beauty to behold and some of the best the Xbox 360 has to offer. Every world is stunningly detailed, and the fantasy-themed worlds have a sort of vibrant and melodic feeling to them. The looks aren't realistic in the nearest sense, but the artistic designs are a glory to witness. There are minor occurrences of repetitive enemies and some wonky combat animations, but the good definitely outweigh the bad in visual design.

Of course, what would a game based on legendary composer Chopin be without music? Eternal Sonata has plenty of that, most of which are remixed and enhanced versions of classic Chopin pieces. The music fits nicely to the overall scope of the game, with soft flowing piano harmonies and ensembles mixed with fast-paced orchestral symphonies. The music never falters in any part of the game, but the voice acting is worth mentioning for how unbalanced it feels at times. The main characters all have stellar voice acting and sounds, but the lesser characters all feel whiny and annoying. There are also times when some cutscenes have little or no music at all, making reading lines of text very boring.

Eternal Sonata is a wonderful ensemble of fascinating characters and a remarkable story about the life (and death) of Frederic Chopin. The game itself isn't relatively long (should take no longer than 30 hours), but the grand music and superb battle system will keep you drawn into the beautiful mind of Chopin for quite some time. Eternal Sonata is a wonderful piece of art and an experience that many will soon come to enjoy.
Review Page Hits: 5 today (577 total)
mediahook