Best Racing Game on the GBA ? 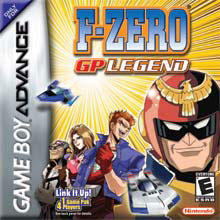 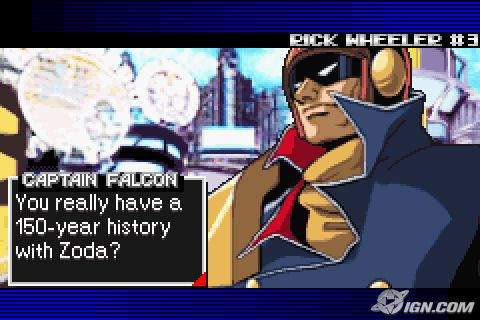 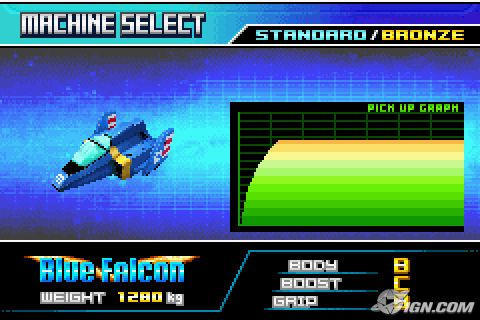 F-Zero GP Legend is based on the cartoon that they show every Saturday on FoxKids. It features characters from the show like Hot Shot Rick Wheeler and the Famous Captain Falcon.

The Story Mode in this game is pretty great. You start off by racing as Rick Wheeler, and once you have completed certain missions with him, you can unlock other characters in Story Mode.

There is some frustrating stuff in this game. When you turn and hit walls of the track, you tend to bounce and bounce a lot. It gets even more frustrating when you're bouncing off walls and while facing Captain Blood!!!! Arghhh! Another problem is when you're doing, say, a 5 lap race, and you fall off the track. You automatically crash and have to do all it over again. It's not like in Mario Kart where you are placed back on the track and still have a chance to win.

The sound for the game is pretty decent. I enjoyed racing and hearing the tunes during the game. The controls for the game are very easy to learn and pick up right away, although it is hard sometimes to time boosting rights in order to get yourself into first. And the collisions with the walls do not make me happy.

Overall, I would say this game is not the best racing game on the GBA, but it is one of the better ones compared to other titles. I would recommend this game to any fan of F-Zero, or anyone who wants a new racing game for their GBA.
Review Page Hits: 0 today (114 total)
mediahook