Final Fantasy IV Advance is a good portable version of the classic RPG despite some buggy gameplay. 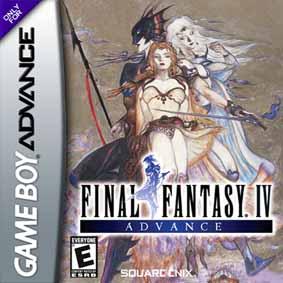 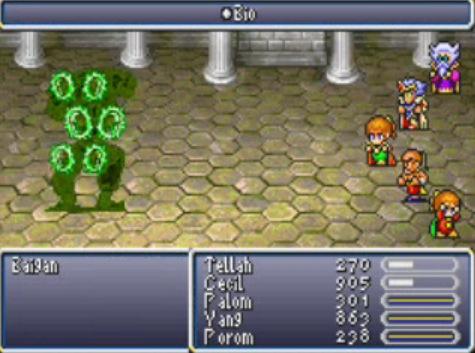 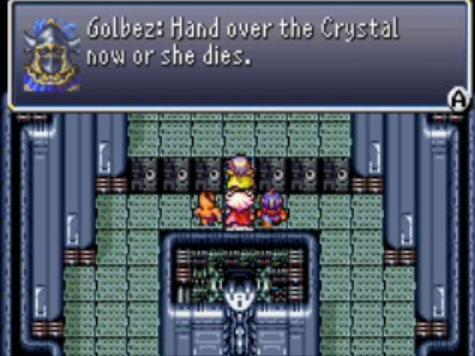 Improvements over the 1991 Super Nintendo original are noticeable right away. Spell names that had been called "Fire2" and "Fire3" have been updated as "Fira" and "Firaga" reflecting the way current Final Fantasy games name spells. This, along with a much more refined English translation, help to make the game feel more modern.

The quick save feature is ideal for portable game play, making it so you don't need to warp from a dungeon or search for a save area when lunch is over or your bus stop is coming up.
Another criticism of the 1991 version would be the shortness of the story and the fact you are pretty much forced to have a specific party at the end of the game. Final Fantasy IV Advance address both these issues by allowing you to customize your final party to your liking and includes a massive post-game dungeon. The bonus dungeon is a welcome addition because of the added difficulty and attempted inclusion of a story.

Even with all the updating done by developer TOSE, this 17-year old game can not help but show it's age at times. The battle and experience systems are sure to frustrate players when they find out characters only learn set spells and abilities and only when reaching specific levels. For example, you might want to teach a character "Curaga" but they are at level 50 and all they know for a healing spell is "Cure". This does not ruin the game but when many RPGs over the past 17 years have refined the way character parties work, the age of this game really shows.

Another frustrating aspect of the battle system is a glitch that sometimes gives you an extra turn. Not a bad thing, until sometimes (at random) your turn will get skipped over. This is very frustrating if your waiting for a healing spell or summon.

The graphics are crisp and colorful when played on the proper screen. The original Game Boy Advance as well as the SP do not provide a good showcase for how nice these graphics look. I found they washout the colors and the screen feels darker, even with the SP lighting. The best way to play this game is either on Nintendo DS GBA slot or on the Game Boy Advance player for the Gamecube where the colors are vibrant and animations even seems improved.

If you can see past the few tiny missteps, Final Fantasy IV Advance is a great portable RPG that you can breeze though if you have any experience with the genre. For RPG virgins, she'll be gentle and even snuggle afterwords.
Review Page Hits: 0 today (125 total)
mediahook