Though it is debatable, Final Fantasy VII has become the definitive episode in the FF universe in many gamer's eyes. The storyline, chracters, settings, mini-games, and gameplay make for a complete experience seldom seen within the RPG genre. 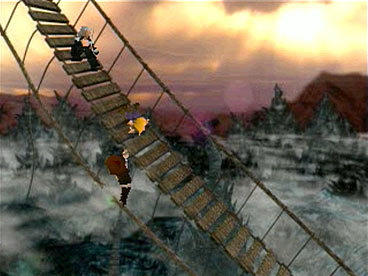 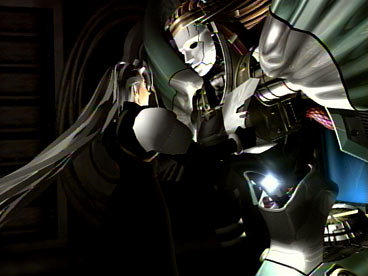 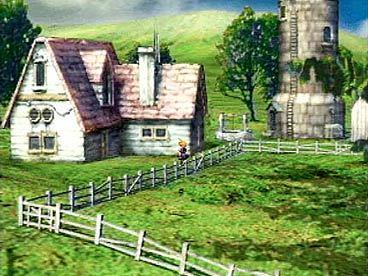 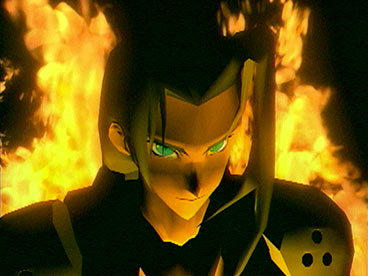 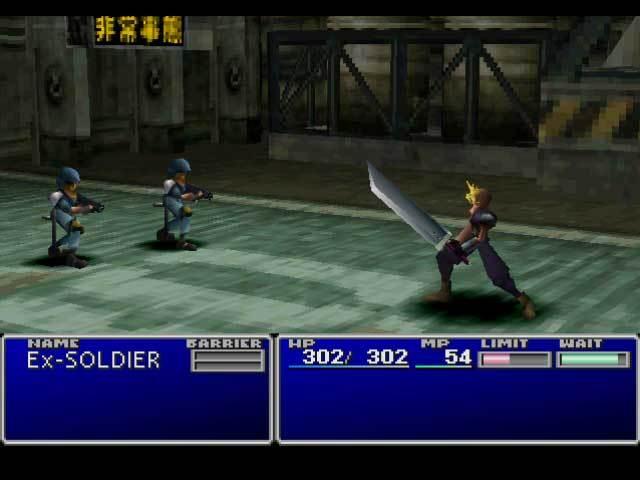 Showing any affinity towards this game can get you in quite the argument if said around the wrong company. There are two camps when it comes this game: either extreme love or downright hatred. While many of the extreme lovers can be counted out simply because of their rose-tinted vision for a game that softly coaxed them into the world of RPGs, there truly is a lot to love about this game.

I had to wait a full 3 years before I got to touch a Playstation controller, let alone experience FF7 first hand. I remember the night I finally got to watch the CGI video of a little flower girl pick her way through a crowded street, prompting my jaw to drop. This was one of those moments in my gaming life that made me have to sit back and thank god I had a chance to experience it. FF7's whole experience seems to be geared towards these moments of pure entertainment, whether it's beating a hard boss, solving a musical puzzle, or finally breeding the perfectly pimped out Gold Chocobo.

The rag tag group of characters you eventually amass throughout the game is by far one of the best found in gaming. Sure, all the usually Jungian archetypes rear their heads in all their stereotypical glory, but unique beings also take their turns at helping you save the world. This only helps to keep you interested in the storyline. Each character has their own specific weapon type that allows for some variety when it comes to the thousands of "attack" commands you'll no doubt be forced to issue and watch while playing this 60+ hour adventure. That you visit almost every home town of your fellow heroes also allows for some interesting plot points to reach on your way to saving the world. These points help flesh out your characters while also giving you a peak into the different cultures that populate the world.

I enjoyed the magic system that FF7 utilized, as it allowed for strategy I had never seen before in a game. Sure, I know know that plenty of RPGs have been doing just that for years prior, but I still attest to FF7 having one of the best around. There were positive and negative points to using the materia (small balls of crystallized spiritual energy) you came across throughout the game. Would you sacrifice HP just to have a powerful spell in your arsenal? Or would you focus on giving a character elemental based attacks in hopes of extra damage dealt? These choices, and more, are completely up to you.

I adore personalization within games and this game is chocked full of it. This ranges from weapons and accessories to magic and the ability to rename all the main characters. The random battles can be a pain but customizing your party accordingly can make them end all the sooner, which is a must during some of the more leveling heavy areas within the game.

Though convoluted at points, FF7's story is well crafted in most parts and shows a little foreshadowing of what we're doing to our own planet, with all the pollution our society churns out on a daily basis. Some parts of the world are almost on par with our own technology, while others seem drenched in magic, giving a feel of familiarity that can still be awe inspiring. This allows for yet another layer of immersion. The line between the surreal and the real grows thin towards the end of the game, which makes things a tad bit confusing. But this does allow for very trippy visual situations that keep you wondering where the game is going. Thankfully, the reins are pulled in at the end of the game, allowing for a final battle that ends with one of the best attacks seen in gaming.

FF7 has all the makings of a great RPG, from the reluctant hero to the anticipation of the final showdown with your arch nemesis. But above the usual fodder that can be found in just about any entry into the genre, you find characters and situations that you care about. This care is what leads many a gamer to shed a tear during one of the major events in the game (found during the first half). Sure, they were just poorly rendered polygon characters, but you had a connection to each of them for the simple fact that you lead them to that point.

There may always be some contention on where FF7 stands in comparison to other great RPGs. Regardless of your opinion, at the very least, you have to give Square credit for trying to be innovative in a genre that in some ways was, and still is, stagnant.
Review Page Hits: 0 today (632 total)
mediahook