The Ground Breaking Final Fantasy Series releases its first on the Sony Playstation 2. 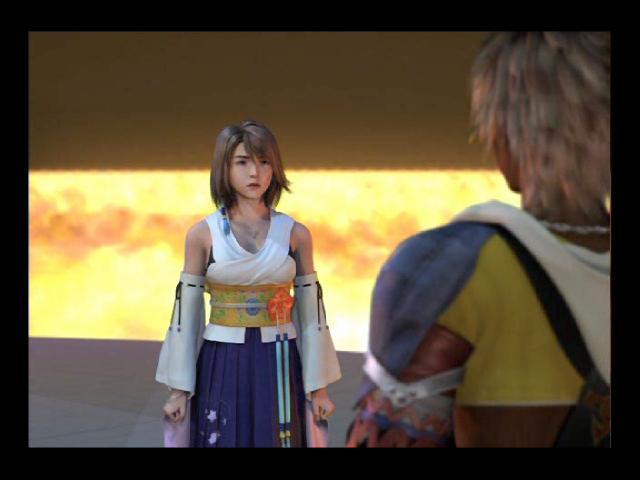 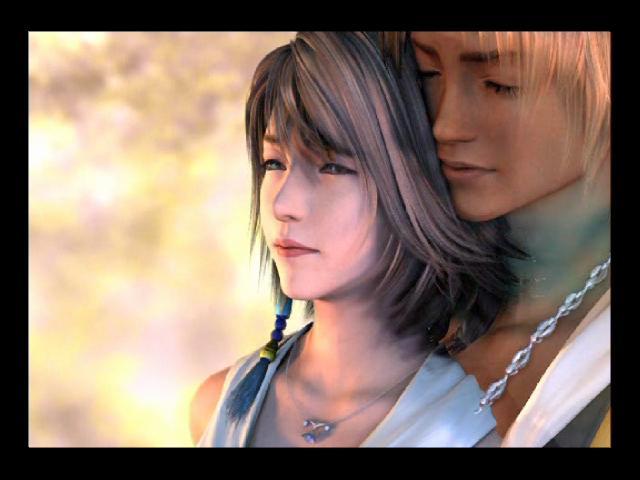 Story: The story of Final Fantasy X revolves around Tidus, a Blitzball Player for the Zanarkand Abes who was taken away from his home by the fiend Sin. Tidus awakens from the carnage in an unknown world and unknown people. Tidus quickly learns that his home Zanarkand has been in ruins for over 1000 years. Tidus is eager to find out the mysteries of his home and the fiend Sin. After a short stint with the Al-Behd, Tidus emerges in the water on the small island Besaid, soon to meet Wakka and Lulu. Tidus is then introduced to Yuna, a young summoner who is aspiring to be like her late father; the High Summoner Braska who once defeated Sin ten years earlier. Braska's guardians were Auron and Jecht; Tidus's father who was thought to have passed 10 year earlier while at sea. Tidus then meets Lulu and Kimahri, who along with Wakka, are to serve as Yuna's guardians, protecting her on her pilgrimage to the ruins of the 1000 year old Zanarkand to retrieve the Final Aeon to vanquish Sin. Final Fantasy X's story is nothing less than amazing, as it takes you on an emotional roller coaster throughout the game.

Gameplay:The gameplay in Final Fantasy X is a breath of fresh air in PS2 RPG's. Unlike past Final Fantasies(7-9) that used the ATB (active time battles), X brings back the turn based RPG's that fans came to love. Many FF fans liked the ATB in FF7-9, but the ATB system leaves very little time for strategy. Final Fantasy X uses the turn based system that allows you as much time that you need on your characters turns, with the new addition that enables you to switch your characters while in battle and help you out, and possibly save you from losing. Another new system in X is the Sphere Grid which enables you to raise your stats and learn new abilities without leveling up. You acquire spheres through winning battles or finding them in treasure chests. The gameplay in FFX is fantastic and has that "it" factor that is hard to find in RPG's.

Graphics:I have seen some people bash and complain over Final Fantasy X's graphics. For a game that was released in 2001 the graphics in this game are way ahead of their time. The cut scenes in X are breath taking. The graphics in X are top of the line and for a game made seven years ago it still to this day has better graphics then many new PS2 games.

Learning Curve:The learning curve in this game is very simple as it is much like past FF games. You can either Attack, Use Magic, Use Items, and Escape. It shouldn't take anyone long to get the hang of the the combats in Final Fantasy X. In FFX you also get the chance to play Blitzball - a famous water sport. I found it very difficult to catch onto the controls and the concept of the mini-game.

Replay Value:I think the replay value in Final Fantasy X is pretty high. Before taking on the Final Boss you can easily save, go acquire new Aeons, get your Final Weapons, take the Airship and explore areas you haven't yet explored, and upgrade your characters on the Sphere Grid to acquire new abilities.

Sound: The sound in X is incredible - it easily takes the award for best music in a FF game ever. From the Zanarkand tune you hear through out the game to the famous Final Fantasy victory song after you win a battle. I think the music in FFX is the best I have ever heard in a video game. The music is very catchy and easily liked by the player. A+ sound for sure.

Overall I think that Final Fantasy X is easily the best Final Fantasy game that I have ever played. The game was ahead of its time and highly anticipated. Everything from the story to the sound in the game is amazing and makes the perfect RPG game.

Everyone should own this game, or at least give it a shot because I'm sure you will continue to want more once playing just a little bit of it.