Although the story might be confusing, FFXII is still a great addition to the series. 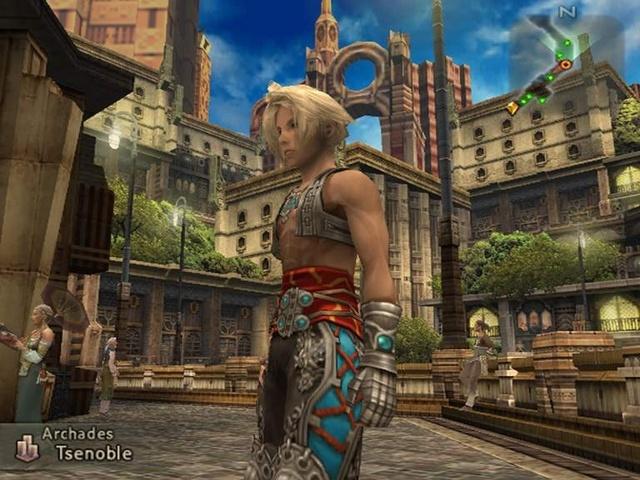 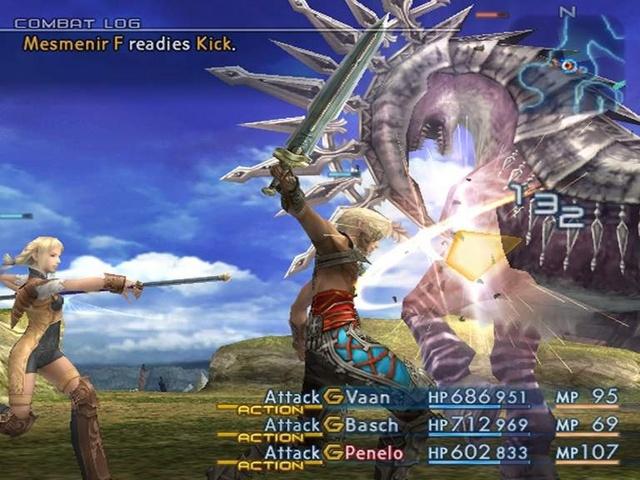 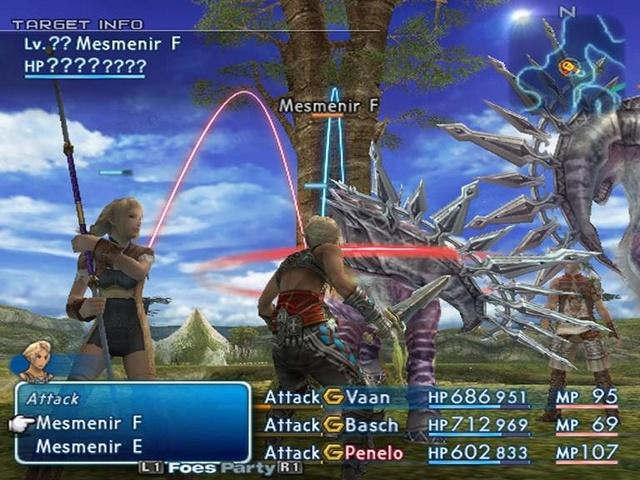 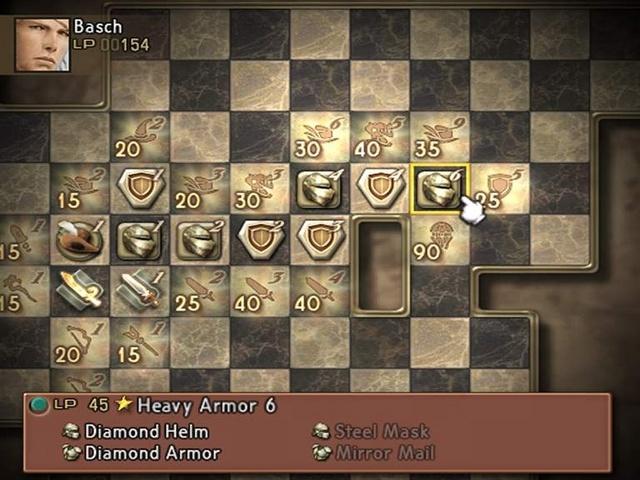 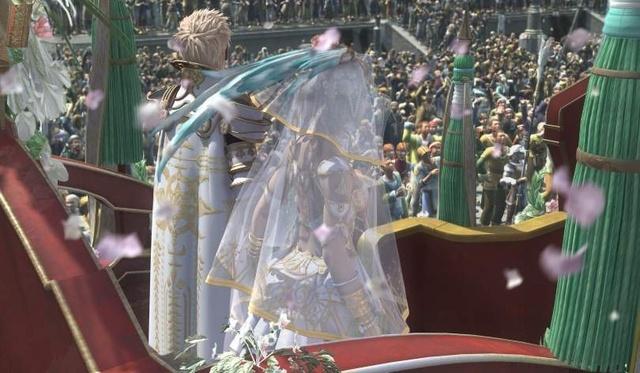 Final Fantasy XII has come a long way since the re-creation of the popular series on next gen consoles. For starters, it branches off of ideas set down in FFX and also delivers a truly unique and gripping battle system laid out in the popular MMORPG game, FFXI. While the story is so nauseating and convoluted at times, the gameplay in FFXII is still top notch, a staple that Square Enix has been able to consistently maintain in all of their games.

Final Fantasy XII tells the story of war and rebellion. The cities of Rabanastre, Archadia, and Dalmasca make up the bulk of the story, with these three nations fighting amongst each other in the midst of war. Each nation is controlled by a separate heir of the late Dynast-King, a powerful ruler who brought the three nations together at the height of his reign. Many years have passed since, and the three nations have clashed one too many times over disputes and leadership. The story in FFXII is HIGHLY political, often focusing on governmental backstabbing and propaganda throughout, which is a very ironic storyline for a Final Fantasy game. The characters in Final Fantasy XII are not as memorable as past titles, with the exception of Balthier (who is a foul-mouthed sky pirate) and Basche, a warrior with a chip on his shoulders. The remaining characters had little or no emotion and felt out of place in the giant scale of the story.

The three nations in Final Fantasy XII are located in a world called Ivalice, and your story will take you to many various places, such as beaches and thriving port towns. That's not to say everything will be an easy breeze, as enemies roam these lands with a violent temper, and will attack you at any whim. The combat in Final Fantasy XII is a lot more fast-paced than previous games, and the system revolves around the system that was created in FFXI. Enemy encounters, minus boss battles, are not completely random, whereas you can view enemies on your map and see them as you roam around. Fighting enemies is highly optional, but it is recommended to achieve victory.

When battles commence, players will be targeted to the enemy by an arching line, which shows your overall distance to the enemy as well. A bar on the bottom left of the screen shows the speed in which you can cast spells and moves. The faster the bar moves, the easier it will be for you to chain together attacks and create more damage. The battle system might not seem like a true turn-based affair, but as you upgrade your skills to move faster and stronger, you will soon learn that fight are performed in the same grace as previous games, just with a much more fast-paced aura to them. It will definitely take some time to master the system, but once you do its sure to be fully engaging.

The battles seem to be a lot more difficult in this game as well. Enemies will take more hits to defeat, and the bosses are some of the most grueling and relentless yet. While the game tasks you with picking your character's weapons, you will likely ever only use melee items, such as hammers and sword to truly deal out the massive damage, rather than opposing to guns and bows as the game suggests. A lot of grinding is necessary to be effective in this game, which is both unnecessary but a staple of all Final Fantasy game. The idea of spending time just to level up characters may seem dull to some, but some die hard fans will love the idea of spending more time customizing their characters.

To help with the nuts and bolts of working out the battle system, a gambit system has been added which allows you to assign skills to players in an attempt to alleviate the option of constantly issuing out commands during battle. For example, you can choose to give one your players the option to heal party when hp < 50%. Meaning, any party member whose health drops below half will automatically be healed by the other player. These gambit options can range anywhere from casting skills to attacking certain enemies and using items. It's a brilliantly executed addition to the series; however, a few minor gripes arise. There are times when MP is highly valuable and you need to preserve energy, yet as you wander around regaining MP allies constantly cast pointless skills on each other, totally nullifying the need for gambits. A more streamlined option for using spells during and out of battle would have been welcome, and eased a lot of frustration.

Powerful skills called quickenings can be gained throughout the course of the game as well, for when unleashed act as your own unique summon of sorts that damages with tremendous power. It is similar to limit breaks and overdrives in their execution and use, but Final Fantasy XII's way of unleashing quickenings is very strategic in properties. You can only perform quickening will full MP bars, and once performed totally diminishes your MP during battle. This could both hurt and help you depending on the situations. Quickenings work on a sort of roulette wheel type of game, where you have no basic control of the outcome but can get occasional lucky with the results. You start off by choosing the Quickening skill you want to perform (one a scale of one to three) and use it. Once the spell is being performed a set of commands are issued at the bottom of the screen, complete with a timer. You have to push the corresponding buttons before times run out to unleash another Quickening, ultimately racking up a chain. The more hits you can perform increase the damage, and give you a totally awesome powerful attack at the end.

After you complete battles you will also gain license points or LP for short. These license points give you the access to purchase skills, techniques, and weapons from the license board, a gigantic chess board that lets you upgrade your character. The concept is nice, but there are moments when you feel like you have little or no control over the course you take on the board. The system is similar to FFX's sphere grid, in that you move along the board and purchase pieces that therein unlock newer pieces for later use. While you can ultimately pick any position on the board to start from, all of the locations are the same for every character, meaning you will be staying in the same spots for many characters, which defeats the purpose of the system and to encourage branching out into other paths. The idea of unlocking quickenings in only one spot on the board, meaning separate characters can't unlock their quickenings at the same spot someone else, leads for some strategy in determining which skills are important and necessary, but it feels more of a chore than an actual interest to manage.

The visuals in Final Fantasy XII are the best the series has seen yet, which much more detail thrown onto the screen. Characters actively engage in conversation and trades in towns, enemies move in realistic manners, and the gear you upgrade is shown on your characters. The Quickening spells especially look fantastic, with stunning flourishes of light and embers. The sound is equally as impressive, with memorable Final Fantasy audios, such as the victory melody, and exceptionally done voice acting, which perfectly grasps the mood and era of the story.

Final Fantasy XII is a great game and a brilliant addition to the long-standing series. The combat is fast and easy to execute and the gambit and license grids offer hours of customization for any hardcore game to enjoy. There are some minor inconsistencies with certain battle mechanics and the story feels too bulky at times, but the relentless action and nonstop battles will keep you hooked for a long time.