A more realistic racing game in a world where most Xbox 360 racing games are VERY arcadey. Nothing ground breaking here but it's a great game. 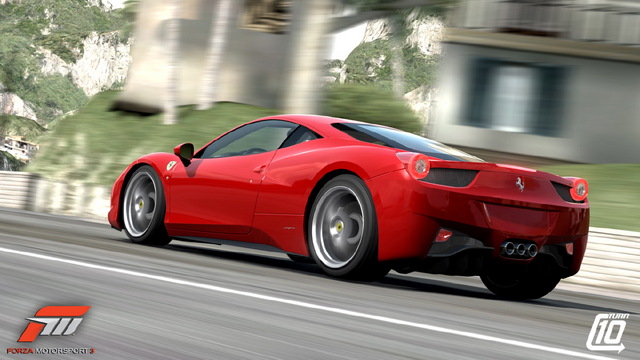 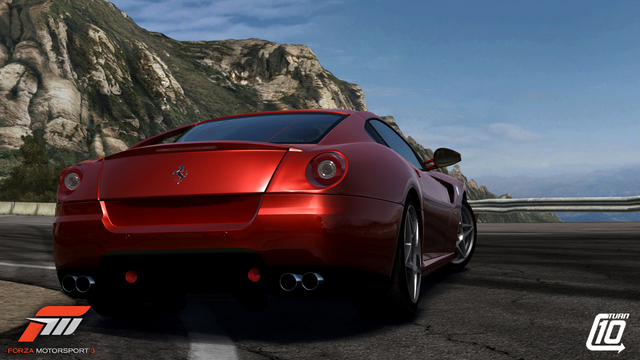 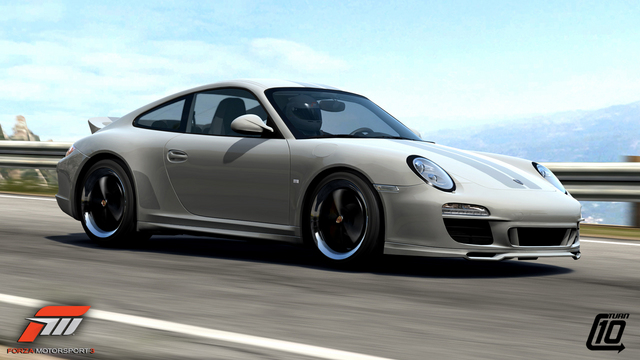 Let me start off by saying that I am an avid racing fan. I played quite a bit of Forza 2 and have been anxiously waiting the arrival of Forza 3.

Firing up this game, the first thing you will discover is that to get all the benefit of the game you MUST have a hard drive. If you do not you will not be able to use all of the cars nor race all of the tracks. Thankfully I upgraded to a 60GB drive a few months ago and don't install a lot of stuff so I had room for both the mandatory content install and a full game install. The benefit is much shorter loading times and I have yet to see the drop in frame rate that other have mentioned.

The game itself is a blast. While I do not use a racing wheel I've heard many of my friends mention that the game plays much better with the wheel than Forza 2 did. I also like the new simple menus and the less-hardcore menu music. I do miss some of the information that could be found via menus from Forza 2 though.

The graphics and sounds are both top notch. Whether it be the sun beaming in your eyes while racing at Sedona Raceway or the detail of the town on the coast everything looks great. Car damage modeling is still not perfect but it's better than it was in Forza 2.

The new storefront is absolutely fantastic, one of the best ideas I've seen in a video game in a while. You can create designs for cars, vinyls, and tunes and then post them for sale on the storefront. People can search for them and buy them and the credits go directly to you. The downside though is that it has essentially killed the auction house; there are almost never any decent cars in there. Not a huge issue though.

Now to what matters, the racing. If you've played Forza 2 (or any reasonably simulation-like driving game) the overall mechanic will be familiar to you. Pick a car, upgrade as needed, race. The cars seem to handle much better than they did in Forza 2 and thankfully having aero upgrades is no longer mandatory to make a drivable car. I really like the new season mode as it gives a sense of flow and progression to the game. With the AI on medium if you are a decent racer the game will not be much of a challenge. Slip it up to hard difficulty and you'll be fighting just to win. I wish there was a difficulty setting between the two. The seasons seem to progress relatively quickly, a week and a half after getting the game I was in the middle of season 5 sitting at driver level 46 (out of 50). With each level earned you are given a new car for free, a nice touch as overall I feel that in-game cash is more difficult to come by this time around. Yet even that far into the game I have still only done maybe 30% of all the races.

One feature of Forza 3 that I totally discounted before the game was released is the rewind feature. I thought surely it would be a "newbie tool" and had no place in a serious racing game...I was wrong. Rewind is a fantastic idea. More than just correcting mistakes in races (which is nice when you nearly total your car on lap 27 of a 32 lap endurance race) the rewind feature can help you learn tracks. Having trouble taking the corkscrew at Laguna Seca? Run the section and then rewind to the beginning of it and try again. Keep trying until you get it down, your braking points, your turn in point, etc. Instead of having to wait an entire lap to try it again you can run it 5 times in the amount of time you would normally do 1 lap.

Another feature I didn't think much of is the auto-upgrade feature. I've never been the best upgrader/tuner but having the computer do most of the work for you can be really helpful when you just want to get out and race. It has a few shortcomings, it will not install engine, aspiration, or drivetrain swaps and it will not change your rim style, but overall it does a pretty good job.

I don't play much public-lobby multiplayer but a group of guys and I get together almost every Wednesday night and race. We've been doing it in Forza 2 for over two years and it's great fun. While I can't comment on the public lobbies the private matches are fantastic and the lobby system works really well. There are so many finite settings you can adjust (if you wish to). Want to only use front wheel drive cars from America between 240 and 260 horsepower? Easily done. Want to set the game up so that people are released from the starting grid at 2 second intervals? There's a setting for that as well. Also, the cat and mouse and tag game modes are a lot of fun.

There are a few negatives with the game but overall I really enjoy it. A lot of the content (both tracks and cars) is pulled straight from Forza 2. The cockpit view (to me at least) is a bit of a novelty/letdown. I saw the screenshots of beautifully detailed car dashboards and when I first fired up the demo I was a bit surprised to see the low-poly almost cartooney looking cockpit. There were originally no shift animations in the cockpit view but when using the 3rd person view you could see the driver shifting. Turn 10 has since added in-car shifting, although it is not always true to life. Also, the view angle of the cockpit is pretty bad (on most cars you can't see any of your mirrors) but there are very simple ways around this (you can adjust your viewing angle by changing some setting in the multi-screen setup even if you don't use multiscreen).

Multiplayer public lobbies are pretty rough. AWD cars have a big advantage and everyone seems to grab one and turn the game into a destruction derby. Playing with friends who know how to race is much more fun.

Overall I'm very pleased with my purchase. Is it perfect? No, but it is a lot of fun and well worth the price I paid. Now I've gotta leave, time to get back to racing!
Review Page Hits: 0 today (102 total)
mediahook