The original SNES classic gets takes flight on the Swan 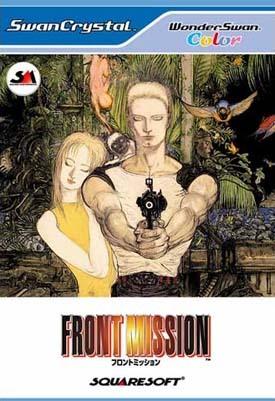 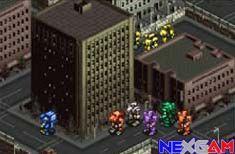 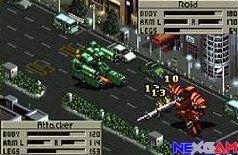 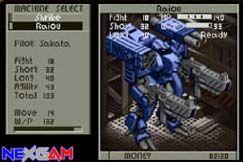 Front Mission for the SwanCrystal is an updated version of the original Super Nintendo Classic. It includes better graphics, new views while building your mech, the ability to skip animations and an autosave option during battles.

Gameplay
The story of Front Mission is an outbreak of war between the OCU and USN alliances. The main draw of the Front Mission series is the ability to full customize your mech for battle and this version is no different. There is an insane amount of customization including every part of the mech (arms/guns, legs, torso and head) and you can even choose your own paint scheme.

Before entering into a battle you will be in one of your base camps in the realm of Huffman. Here you can buy/sell new parts at the shop, go to the bar to try and get some information from the locals, enter the colesseum and test your mech, view the status of your mech and team and choose who is in your party, change the game options and save/load your game from one of three save slots. Finally, you can go to the military office to get your next mission and enter into battle thus forwarding the story in almost 30 missions.

Front Mission is your classic real time strategy game. Each player has their turn to move their teams mechs and attack their opponent before ending their turn. When a mech attacks, the damage recieved by the opponent is broken up across the different parts of the mech (arms, legs, etc.) adding to the strategy in the customization. Once in battle, the first player to lose all their mechs loses the match.


Graphics & Sound
The graphics are top notch and some of the best on the SwanCrystal. The mechs are incredibly detailed which is very nice when customizing them. The enviroments and mechs during battles are also very well done and very detailed. The animations in close up battles are smooth and effects like missiles and bullet shells fly add to the experience. The sound is also very well done with the effects of explosions and bullets hitting their mark, and its all very accurate sounding. The music works well, emulating nicely the original music from the SNES game.

Replay Value
Unfortunately, once you beat the game there isn't anything to do. The game is so fun, however, that you will come back to play it through many more times. Each time could lead to customizing a different kind of mech and using different mechs in battle, changing the strategy and gameplay up a little. Luckily, since there's three save slots, you can do this and still keep your completed game(s).

The main menus are all in english (minus the descriptions) so the game is very easy to play without knowing Japanese. Just don't expect to follow the story too closely if you don't know Japanese. This makes the game a very worthwhile import.
Review Page Hits: 0 today (986 total)
mediahook