Even with the shaky storyline and the small multiplayer aspects, Gears of War is one of the most engaging and exciting shooters on a console. 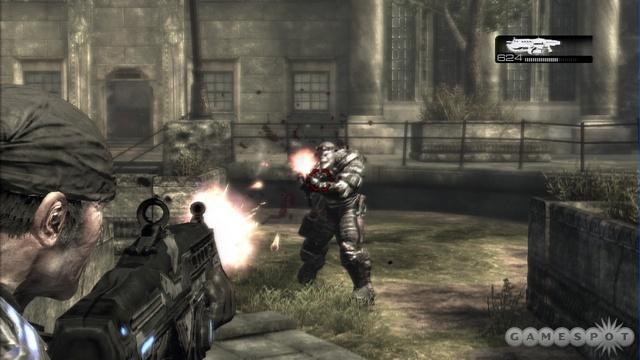 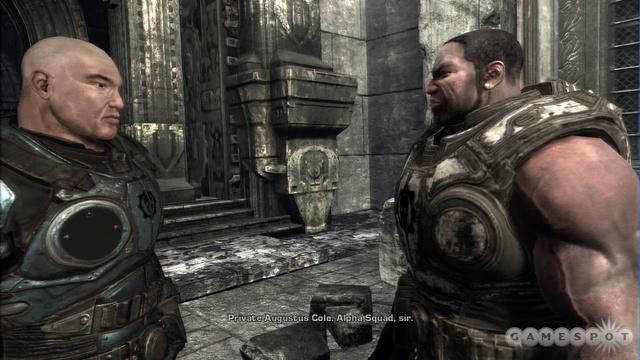 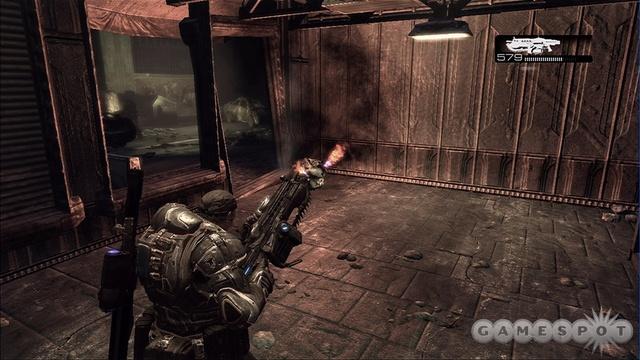 Gears of War has been under a lot of scrutiny ever since it was first shown as one of the Xbox 360's major titles. The first game to utilize the extremely powerful Unreal 3 Engine, as well as showcase the branch of titles coming out for the system, it had a lot of hype to make up. Needless to say, it lived up to the hype and much more, as Gears of War is possibly the best game of 2006, and the best game on the Xbox 360 as well.

While many gamers may view Gears of War as just "another shooter", it is far more complex than that. Go running into crowds of enemies guns blazing, and you won't survive. Try to take on more than one enemy at a time, same result. Try to be the lone hero and not rely on your teammates, well you get the idea. Gears of War's main premise is basically a much more intense and satisfying game of cat and mouse. Throughout the game, you will find obstacles in your path, whether they be pillars, walls, broken vehicles, or any other standing structure, that will help guide you to victory. Its objects that give you cover and allow you to perfectly execute the enemies.

The controls in Gears of War are some of the most responsive and fluent in any of the shooters of the past few years, and what makes controlling Gears so effective and easy are the on-screen commands that pop-up when you are able to perform a certain move. For example, hiding behind objects is as simple as pressing the A button, which will than have your character hide effectively. Once hidden behind the object, you can than lean around the corner to shoot, roll to another place of cover, or do other various acrobatic or defensive maneuvers The on-screen commands give you a little picture of what you would perform if you pressed the A button at that specific time. But hiding does more in combat than just simple hide and seek affairs, as the core gameplay of Gears revolves around this scenario.

Once hidden behind an object, you must than find a way to kill the oncoming swarms of Locust, who, consequentially, have the same idea as you in that they will run for cover and only shoot when the coast is clear. You can blind fire your weapon around corners and over barriers by just aiming your weapon at the desired target while still hidden and pressing the fire button. Blind firing serves as no real purpose except to basically hold off enemies who have a certain knack of rushing you. To really have a much greater impact of hitting your enemies, you must use the L button to aim and than shoot the target effectively. However, doing this will make you vulnerable as well to enemy fire and you are no longer protected from the object you were hiding behind.

Since enemies in Gears of War wear a lot of armor, you will use up a lot of ammo to dispose of them. Luckily, Epic has devised a clever and unique way of reloading your weapon to give you an advantage. Once your weapon is out of ammo, two bars appear in the upper right portion of the screen, one horizontal and one vertical. The horizontal bar has three different colors, a long white line, than a gray square and a white square in the very center. The vertical bar will than move across these different colors, and you must hit the right bumper precisely inside the white square to gain a reload advantage as well as a power boost. If, however, you reload anywhere outside of the gray box, your weapon jams, causing Marcus to use some very non-kid friendly words and leave you vulnerable for a short period of time. The active reload system totally makes the pace of the game much more intense, as a perfectly timed reload will give you the upper hand, but a wrongly executed reload may mean game over.

Sure enough, if you run out of ammo the active reload system is not your only means of fending off an enemy. Every weapon has a melee attack and hitting the enemy a certain amount of times will render him unconscious. Some weapons perform much more powerful melee attacks; the Lancer Bayonet (which is a chainsaw that rips the enemy into shreds) is quite possibly one of the best alternate fires of any weapon in any shooter game. When you get close enough to an enemy, or they try to rush you, simply hold down the X button to rev up your chainsaw and than press the fire button to slice the enemy in half. It is gruelingly satisfying and no matter how many times you execute it, you will never get bored.

The Lancer is not the only weapon that will leave your mouth hanging open in awe, as Gears has its fair share of grotesque ways to kill the Locust. Some of the most common weapons, such as the genre-induced sniper rifles, shotgun, and grenades are all intact, but the new weapons, such as the Torque Bow, which fires an arrow than explodes on impact, and the Hammer of Dawn, which is a weapon that fires a laser beam down from the sky and incinerates the enemy, are totally worth the price of admission. However, these said weapons only appear scarcely throughout the campaign, and the Hammer of Dawn can only be used outside when satellites are aligned, making it that much more frustrating of not being able to use such an awesome weapon.

But besides these new innovative control schemes and weapons, Gears of War has something else to be praised about, its stunning visuals. All biasness aside, Gears of War is no doubt the best looking game on the Xbox 360. That's a very impressive feat considering the powerhouse titles released so far on the 360. But Gears' grungy, post-apocalyptic look definitely has the stylings of a Terminator 2 type of setting, with the world looking like it could come to an end at any moment, yet a battle rages on between two opposing sides. Every locale offers its own distinctive visual style, and the locations vary from incredibly detailed Gothic churches, complete with 10 foot high stained glass windows and arched roofs, to an underground cave system with glowing pools of gold and crumbling rocks. Never has a game provided so much action and looked so good doing it.

However, with every great game comes great responsibility (No idea what that means but it sounded cool), and Gears of War has its minor, albeit small faults. For one, don't try to get involved into the story at all. The game starts with your character, Marcus Fenix, in jail for something he did a couple of years before that is never explained. Something about his father and abandoning his post during battle, but that's all that is really explained. The game doesn't do a good job of fleshing out the story, and you never really know why you are at war with the Locust. It would have also been cool to learn about some of your teammate's backgrounds, rather than just issuing them orders all the time.

The multiplayer also is limited to only three different modes, all of which however play almost identical. Two modes are your basic deathmatch scenario, but one mode forces you to finish off your opponent in a completely grotesque way, by curb stomping, chainsaw, etc. The last mode is a deathmatch too, but each team is assigned a leader and if that leader dies, than the entire team loses. It doesn't bring much in terms of originality, but it does a good job of breaking up the monotony found in the other two modes. While some players may not care about this and just love the online multiplayer for its constant brutality, games like Halo 2 and Rainbow Six that offer tons of features and customizable options in games will leave Gears of War players wanting something more.

The real beauty of Gears' online multiplayer is its co-op campaign, which totally outshines what Rainbow Six or Halo 2 ever tried to achieve. What makes it more exhilarating than the aforementioned titles is that at any time, in any level a player can simply join a co-op game in play and fight alongside the other player. The second player will take control of Dom, who acts as sort of the second leader of the group. What makes co-op so fun besides the instant join feature is that dying in co-op does not necessarily mean game over. Instead, in co-op if you happen to take too many hits, your player will keen over in pain and start bleeding profusely all over the floor. Your partner has a short amount of time in which to get to your location and press the X button to revive you back to full health. However, if both players bite the bullet, than its game over. But this exciting and engaging co-op mode has one huge and disappointing fault, there is no Instant Drop feature, meaning that if a player leaves unexpectedly in the middle of a co-op campaign, both players are forced to log out back to the main menu and must resume the mission from the last checkpoint. This could become a big nuisance in later levels when players will continually drop because they are constantly dying.

Dying a lot in Gears of War is a good thing. The A.I in Gears is brilliant, and probably some of the best in any shooter to date. The enemy move in packs, and rarely ever run off solo to engage you in combat. You can hear them shuffling to new positions and even ordering some of their fellow fighters to go right or shoot the enemy (that's you). They will constantly double team you with shotguns and automatics, hopelessly giving you any chance of survival. To make matters worse, every enemy has wicked perfect shooting, so they almost will always hit you. However, as smart as they may seem, why in fact do they shout out when they are reloading or running away? If I was caught in the middle of a gunfight, the last thing I would want my enemy to know if that I am reloading my weapon and am currently weaponless for 5 seconds. Hmm...

Even with the shaky storyline and the small multiplayer aspects, Gears of War is one of the most engaging and exciting shooters on a console. It goes without saying that Gears of War may become one of the Xbox's newest titular franchises, and Master Chief better enjoy his place in the sun for now, as Marcus Fenix and crew may bump him back down to earth in the near future.