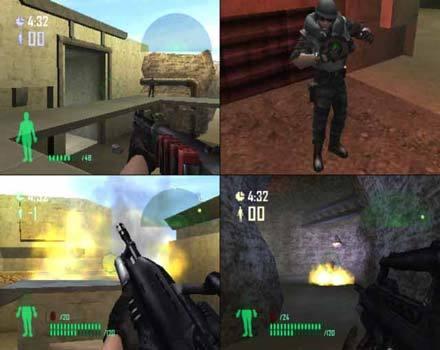 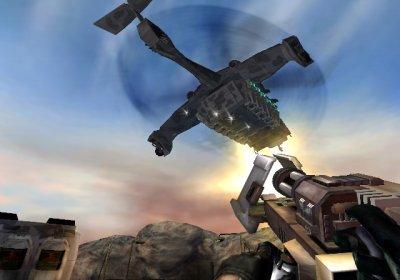 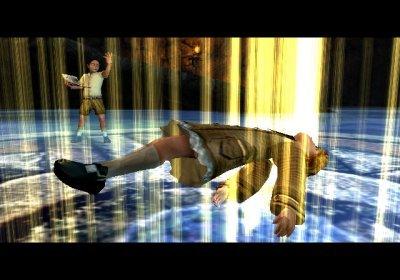 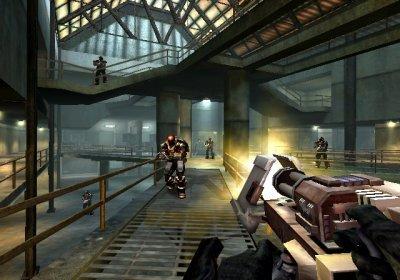 In this game, you play the role of John Raimi, a Biological and Chemical threat specialist hired by the US military. Your mission is to secure a sample of a top secret weapon that is in development by a French corporation known as the Volks Corporation. However, the mission takes a horrible turn for the worse as several of your fellow soldiers are killed and captured, including yourself. You become a part of a sick experiment funded by Volks Corp. and soon find that you are no longer part of your body. You must roam the Corporation as a ghost, possessing anyone you need to in order to search for your body, and get the hell out of there.

GameCube owners have been waiting quite a long time for this release and finally, after many delays, we come to find out that we should have waited a bit longer.

Graphics: Geist has one or two scenes that can compare with the best graphical games on the market for GameCube. But for the most part, Geist simply lacks in anything but bland textures and tacky colors. Geist's graphics can easily be compared to first generation GameCube titles such as Eternal Darkness. It would have been called good at that time, but just average now that we are heading into the last of the GameCube games. Because of this "nothing special" feeling I have toward the graphics, I have given Geist a flat C.

Sound: Usually when we think of games involving ghosts and the undead, the sound is one of the best features of the game. In a game about ghosts, the sound can add quite the creepy atmosphere. Geist, however, does no such thing. There is no soundtrack to set the mood, just your average action music that is in every other first person shooter. The voice acting is decent when you hear it, but you only hear it in cut scenes. When you talk to characters during gameplay, you get repetitive greetings and a text box that says what the guy said. I have no problem with this except sometimes it gets annoying when you greet someone and they say "Sir!" but the text says "Go away I am busy". Because of the bland sound track and the annoying repetitive voice acting, I am giving Geist a C- in the sound department.

Gameplay: Thank God N-space at least got this part right. Being a ghost is incredibly fun in this game. While you are a ghost, you have the capability to possess a lot of things in your environment. When you see someone or something you want to possess, you first must scare them. For every person or animal you possess, there is a different way to scare them, so it never gets old. The only problems involving the gameplay are due to bugs and sluggish controls. I had to restart from the last save point several times because my character got stuck in a wall, which is kind of funny because I am a ghost. The controls aren't too bad, but enough to frustrate the hardcore first person shooter gamers out there. Even with these flaws, the gameplay still stands out as an experience you cannot get in any other game, so that alone is enough for a good rating. I gave the gameplay in this game a B+.

Replay Value: Because of how unique the gameplay is, it really isn't so bad to go through the game more than once. Plus N-space was nice enough to give us a reason to do so by hiding little bonuses for the multiplayer mode such as characters and levels. For this reason I have given the replay value of Geist a B.

Learning Curve: If you've played any first person shooter recently, then the controls are pretty much pick up and go. The only problem I had with the learning curve is with the puzzles. There are some moments where the game gives you absolutely no hints as to what you are supposed to do and you are left searching several rooms from head to toe until finally you find some silly little item hidden in some dark corner. The game can get quite frustrating in that aspect, but other than that, the game is pretty much pick up and go. I gave the learning curve an B+.

Overall, Geist was a unique gaming experience and I encourage everyone to at least go rent it, though you might want to wait for a price drop before buying it. I gave Geist an overall grade of B- for being just above average. I hope if there is a sequel that N-space spends a little more time on it.
Review Page Hits: 0 today (304 total)
mediahook