A fine game deserving to be played by anyone owning a PSP! 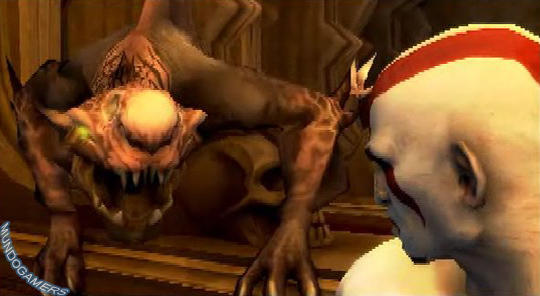 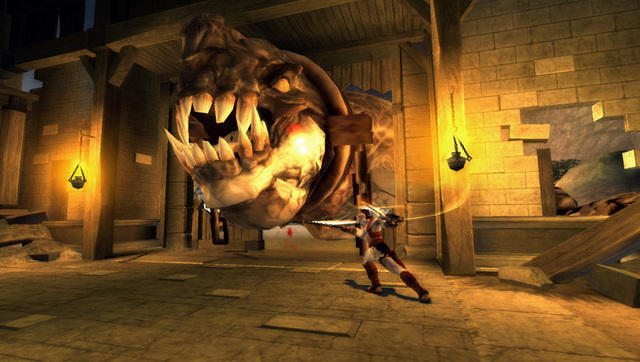 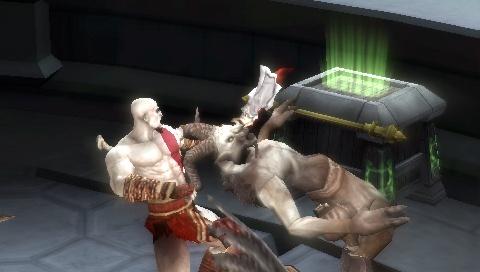 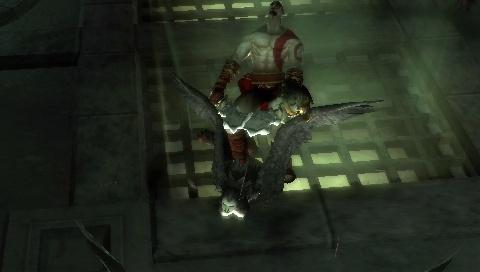 This game is a prequel to the original PS2 God of War portraying when Kratos was still in the service of the gods and the beginning of a worthless journey. At the beginning of the game, Kratos is in a war against Persia, having being sent by the gods to deal with the Persian leader and stop the monster he had unleashed... the Basilisk.

For a PSP game, it looks fantastic. It's visuals rival those of the PS2, and while not as sharp, it has the same color and tone. The enemies, while a tad repetitive, also look great. The environments also look amazing and feel the same as the other God of War games, while not larger than the PS2`s stages. The graphics are amazing and really push the PSP to what it can do. This is also one of the best looking PSP games out there.

The game also features excellent voice acting. It hasn't changed much in terms of attack sounds or grunts. However, the game is loud - really loud. It also, like many other games, have the same track remixed for one or two stages; no big, but it's a bit annoying. All of the other music completes the otherwise excellent and fitting soundtrack.

The gameplay is also peak God of War. Kratos still has the Blades of Chaos and they are still as powerful as ever. New to the game is the Gauntlet of Zeus, an extremely powerful weapon received later in the game which is very useful and will probably be used more then the Blades themselves. The upgrade system is basically the same, if not smaller in size of weapons and magic. It still uses the blood red orbs to power up your weapons and give you new attacks and deal more damage. The magic powers this game has isn't comparable to the PS2`s thou; the only good one being the Efreet and only when it's fully powered up. Charon's Wrath, the mask, is decent since it freezes your enemy's movement and deals a fair amount of damage. The other magic attack is only good when fully powered up, otherwise it deals only a bit of damage and is not worth the MP it consumes.
The few boss battles this game brings require a bit of strategy and a quick finger to work out. The first battle being the Basilisk, which is the easiest one, and you fight him twice. The other boss battles are harder and they deal a bit more damage.

The negative point of this game is being too easy. When compared to the original God of War which was a nightmare even on normal mode, this game is really easy. Even when you don't have all weapons powered up, it is possible to beat the game without dying once. Once you unlock God Mode, that'll change big time. The enemies still have the same health but they dish out a LOT of damage per hits, probably 5 will kill you...

The game isn't long at all. It's about 3-5 hours long, not even near comparable to the PS2's aggravating 15 hour nightmare. It's made even easier when you power up your weapons. Even the final boss isn't a match for you and it'll only take about 6 minutes to beat. To extend the game, when you beat it you can unlock new costumes and then there is of course, Hades' Challenges, which are all very hard and require you to do only a set of things to beat.

All in all, God of War Chains of Olympus is a great example of what the PSP can bring when pushed to it's limits. It's a fine game worthy of praise and definitely deserves to be played by ANYONE owning a PSP.
Review Page Hits: 0 today (543 total)
mediahook