"The Gods must have helped make this game!" 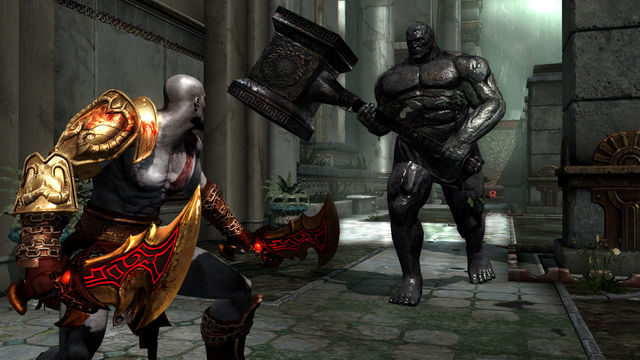 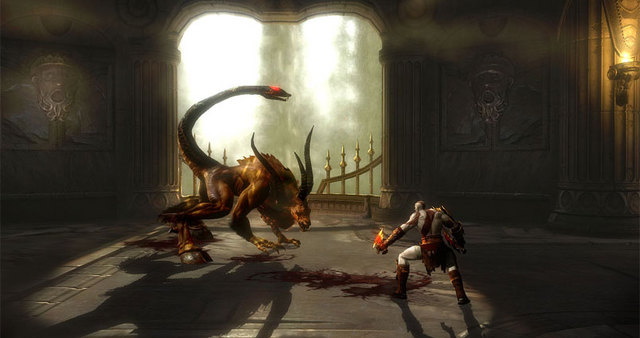 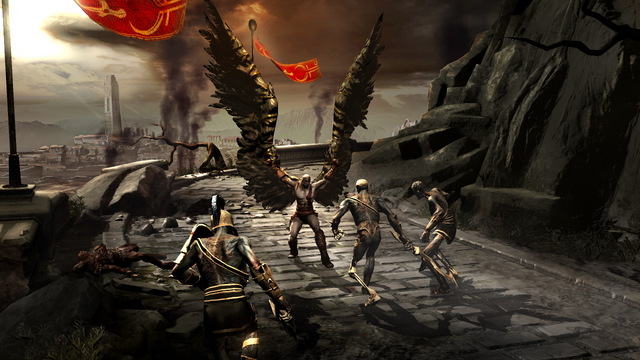 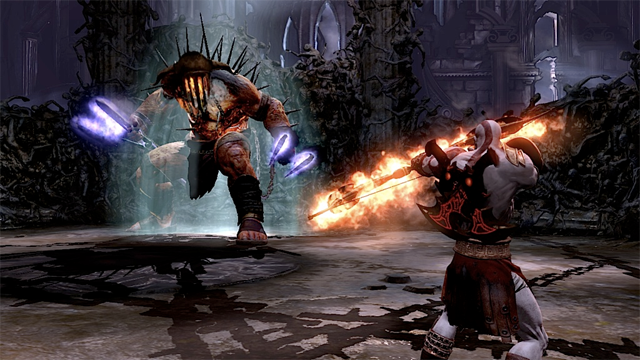 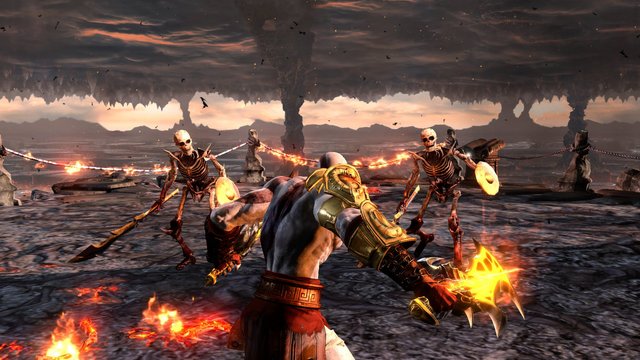 God of War 3 takes place exactly where God of War 2 left off. If you're a bit behind the story, Kratos is out for vengeance against the Gods of Mount Olympus after Zeus betrays Kratos. But Kratos doesn't head into the party empty handed he brings with him the great titans who also wouldn't mind getting one up on the Gods.

The graphics here are amongst the best on PS3, it honestly does not get much better. It makes Call of Duty look old school in the graphics department. The cut scenes are a delight and will rival the best CGI you've seen in a while. What's better is that the graphics don't downgrade when you get into the game play. Seriously it's a seamless transition between cut scene and game play and this makes the experience all that much better. Detail is the next thing on the list, during the game the detail is amazing, time has been spent detailing everything in the game, the small vases littering the corridors of Mount Olympus have been carefully crafted with imagery on the side of every single one. If Kratos goes into a bloodbath massacre, when he comes out the other side you can see blood splatters over his chest as a result of the fight. Truly this is the benchmark for the games of the future.

Sound is also perfect as God of War delivers some great soundtracks, each carefully crafted for the varying moments in the game from tense fights against the Gods of Olympus to unveiling grand structures or another puzzle to solve. There isn't a bad track in the whole game if I'm being honest. The voices are also great, every character shows great emotion in their voices, even civilians screaming for help or mercy sound real and not just put in for the sake of ticking a box. The good voicework and music help to create the atmosphere needed to make the game just that more epic.

Now for the best bit, the gameplay. God of War excelled in the past for creating a perfect gaming experience involving challenging (but importantly not frustrating) combat mixed with some inventive and fun puzzles. Oh and that game defining sex mini-game. This is no exception, there are a few more gimmicks this time round but the core combat system is still there with a good old shine. The combat is as fun as ever with more combos and some nice new finishing moves. For those unfamiliar with God of War many of the enemies in the game can be killed with a unique finishing move activated by first grabbing the enemy and then completing a quick-time sequence. There are plenty of different enemies each holding different attributes which will affect the way you tackle them. For example gorgons are quick and can turn Kratos to stone with their gaze, whilst the Cyclops's are brutes with a nasty punch but the trademark stupidity and slowness.

The new features this time round include new weapons; thankfully they learned from God of War 2 and have made the new weapons this time round much better. There are 4 weapons in the game this time round: the Blades of Exile your standard chained blades. The Hades Claws are claws from the underworld god himself allow you to summon souls to fight for you. Numean Cestus are huge gloves allowing for powerhouse attacks, slow but powerful. Finally the Nemesis Whip, this allows for fast attacks to rack up large combos. The weapons are carefully balanced and you'll use each in equal part throughout the game. Another new feature is the ability to mount certain enemies such as Harpies or Cyclops. Once mounted you'll be able to use the powers of the mounted beast. Take the Cyclops for example; mount this beast and you'll be able to pound nearby enemies using his club or if you mount the Harpy you'll be able to fly across short distances. These new features keep the game fresh and combat unique. To break up the endless slaughter is the occasional puzzle, the puzzles here are never too challenging but always fun to solve, they're mostly there to stop the combat getting boring and well endless.

Lifespan is just a notch off of top notch. There story is fairly lengthy with time clocking in at over 10 hours on at least normal, add to this collectibles and some inventive trophies there is a lot to be done. Once you're done with the story of Kratos there are also post game challenges for you to complete which test your skills at God of War to the limit. The only reason it didn't score top marks here is that the collectibles are placed in the game at key points, they aren't usually hard to find but if you do miss one then you can't go back to it later; you'll need to play the whole campaign again. So you're unlikely to get all collectibles first time so that's a second play through, you accidentally miss one on your second play through you've got to do it again. This starts to make the main game feel more like a chore in the end. A chapter select function probably wouldn't have hurt here.

A truly perfect gaming experience on PS3, Sony should feel proud that they have this exclusive as its definitely a game that Xbox 360 users will lust for. The graphics and sound are truly magnificent making for an involving experience, the game play is fun and addictive and there's plenty to be done in Kratos' quest for vengeance. Highly recommended.
Review Page Hits: 1 today (398 total)
mediahook