It's not from Rare, but it's still an homage to the N64 multiplayer classic 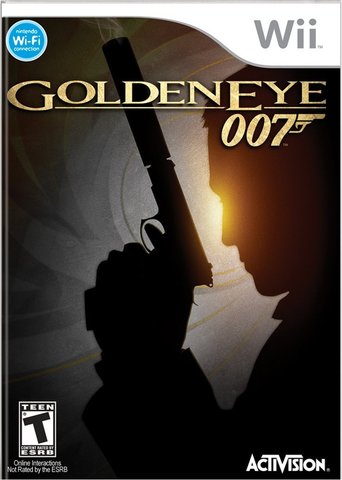 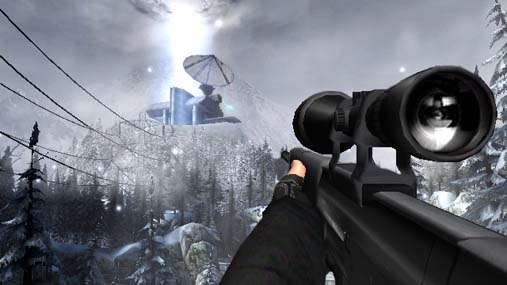 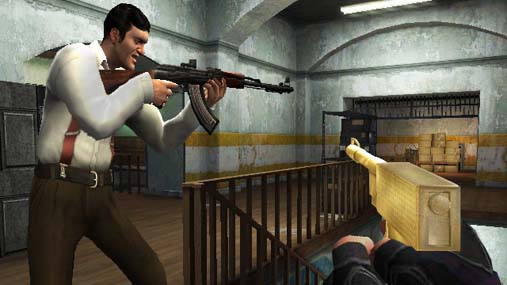 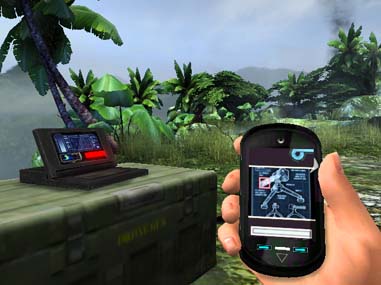 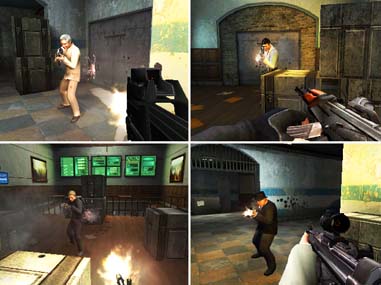 At first, I thought the game was broken. I got to the main menu, which said press any button to start, I pressed A on the Wii Remote. Then +. Then every other button, and nothing worked except the home button, but that took me to the pause/home menu where you can reset or go back to the Wii menu. I reset the game, and the same problem occurred. I disconnected the Nunchuk and tried again, still nothing. I was about to write this one off as a possibly defective disc, and then remembered I had watched a video review of another Wii game a few days prior, and he had the same issue... in that game, the problem was that he had a GameCube controller plugged in, so it disabled the Wii remote for controls, and he had to either use or unplug the GameCube controller. I have a couple Wavebird receivers plugged into my system for when I want to play GameCube games, so I turned on the Player 1 controller and it worked just fine. I'd like to say that this was both annoying and unnecessary, as I have plenty of games that support the GameCube controller that don't lock out the Wii Remote when it's plugged in. Even if you are dead set on locking out the Wii Remote, at least have the decency to put some sort of note on the screen indicating the GameCube controller is the active one. I usually leave the Wavebird receivers plugged in all the time, so for several minutes I thought I had a bum copy of the game. Anyway, with that issue ironed out, it was on to the multiplayer.

I noticed a multitude of options to customize multiplayer matches, including a rather interesting "singularity" option, which makes characters explode if they bump into each other. I was a bit disappointed that there was no big head mode, a staple of the early days of 3D gaming, until I looked online and discovered it could be activated by entering a cheat code. With big head mode promptly enabled, starting the multiplayer was a snap - there are tons of characters from Goldeneye and other Bond films to choose from, including the iconic Oddjob, well known (and often parodied) for throwing his razor sharp steel-brimmed hat. I am happy to report that, yes, Oddjob can throw his hat as a weapon in the game.

So we're off to a decent start. The multiplayer runs well in two-player split screen (don't have four people to try it with at the moment), it's lots of fun shooting each other's oversized heads, and I feel like I understand a little bit of why people revere the N64 game so highly. I know that this new one is not from Rare, but was instead developed by Eurocom. However, in reading up on it, it seems they took great care to be as faithful as possible in replicating the multiplayer experience - with the exception of Oddjob not being unfairly tiny in this version.

How about the single-player campaign? Well, let's talk about the single-player in the N64 version first. Does anyone still talk about it? Does anyone even remember it? From what I've read, the Wii version didn't try to emulate the single-player feeling of the N64 game. Activision and Eurocom gave it a full makeover. The graphics are well done, the voice work is good, the levels have multiple objectives and sometimes multiple paths to completion. As for gameplay style, there is room for sneaking around and playing stealthily, or being more aggressive with a shoot first/ask questions later attitude.

It's clear they have been influenced by the many modern shooters that have come since the days of the N64. The regenerating health bar, the switching between a limited number of weapons, the numerous heavily scripted events all smack of updating the game to today's standards.

Personally, though, it's not for me. I think the single-player in FPS games has actually become too scripted over the years. The first game I really noticed as being overly scripted was Medal of Honor: Allied Assault for PC. There were points in that game where you could shoot, throw grenades, etc. to your heart's content and enemies wouldn't react. However, the moment you crossed a specific spot on the map, everyone would see you and come rushing at you. Even if you were making a racket two pixels away from that spot, you wouldn't be noticed until you crossed that threshold. Another issue with MOHAA was a point where a certain friendly character would get killed and his death triggered a bunch of enemies coming out of the woodwork. After knowing about this, I reloaded to an earlier point in the game and unloaded bullets into his head like crazy to get rid of him before he became a problem. Apparently my bullets were patriotic as they could only kill Nazis, not Americans.

But this is a review of Goldeneye, and thankfully, Goldeneye isn't as blatantly obvious about its scripting. However, it still feels too often like the single-player game is playing you instead of the other way around. It has a story to tell, and you are going to be a good Bond and help them tell it the way they want to tell it, whether you like it or not. As I said, this isn't an issue unique to Goldeneye, and it may not be an issue for other people. But there is a reason I don't play many FPS games anymore. With as scripted as they have become, I may as well watch a movie instead (nowadays the single-player campaign doesn't last much longer than a movie anyway).

Overall, there's a lot to like here, especially on the multiplayer front. If you are nostalgic for the N64 version, I think this may replace it for you. Unless, of course, you are a purist and can't get past the fact that they use Daniel Craig's Bond instead of Pierce Brosnan's Bond.
Review Page Hits: 0 today (1,997 total)
mediahook