Welcome to the new standard of open world games... 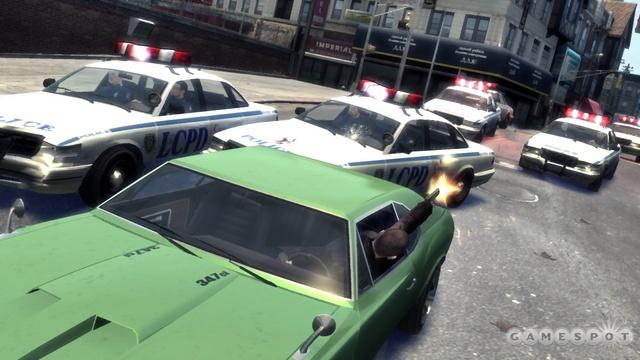 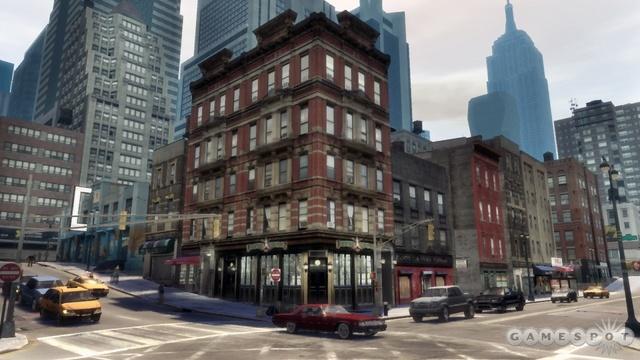 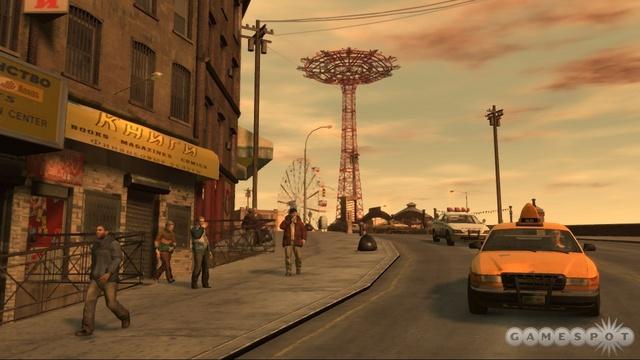 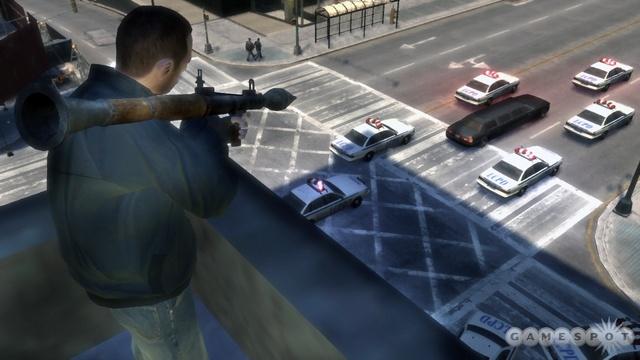 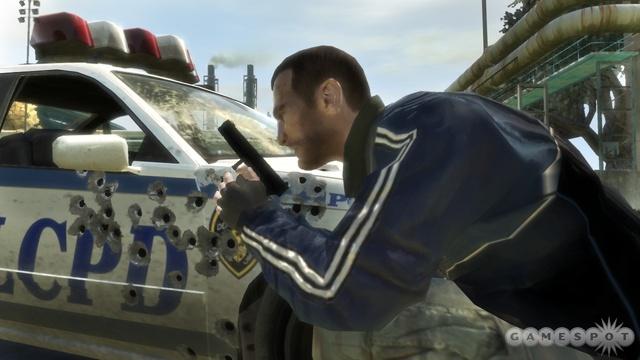 This is the game of the year already for some people, and it is well worth it. While nearly everything in this game is worth of praise, just know there are a few miniscule issues which may keep it from being completely perfect for everyone. But regard that as getting a few chocolate jimmies on your ice cream cone when you wanted only the colored sprinkles.

The game, first and foremost, is MASSIVE. A daunting feeling sets in as soon as the main protagonist, Niko Belic, steps off the freighter and into Liberty City. The game does a great job of familiarizing the player with all the controls and new features of the world, but this is done over at least 10 missions and at least a good hour or so. New players in particular will have a difficult time adjusting to this massive outset, but the game does a fairly good job from keeping you from being completely overwhelmed.

The story follows Niko Belic as he comes to America, to escape his past and live the American dream like his cousin Roman. When getting to Liberty City, he soon learns Roman is full of something other than all the money he has been claiming to make, and is struggling to make ends meet by running a cab company and dodging lonesharks, to whom he owes a small fortune. Niko, being a good cousin, agrees to help Roman, and both are sucked into the crime world of the city.

Speaking of the city, a large scale world has never looked so good. The buildings, some of which you can enter, tower over the streets filled with pedestrians, cab drivers, and hot dog vendors (who will smack you in the face if you run into their stands). Weather variations and times of the day look incredibly and effect the world, such as tires sliding around the road in the rain and joggers running through the suburbs in the mornings. You will be hard pressed to find a game which does so much to make the city feel so alive.

The gameplay is the same old GTA we have known over the past generation. You take on missions by certain characters, whom eventually introduce you to new characters/missions. At any time you are free to simply stop moving the story forward and run around the city on various side missions (like dating, vigalante work in a police car, or simply going to a strip club for a lap dance or two with a friend). The game feels very fresh, but you will get a feeling of repitition after a few dates or outings with a friend, though they are completely optional.

The controls are introduced very gradually, but there are a few hiccups along the way. Fist fights are very difficult to master, and you will find yourself simply pulling a gun when the game is trying to make you battle it out with your hands instead. The targeting system, which was a love it or hate it feature of past games, has gotten a new-age makeover. Half pressing the Targeting Trigger (L2 or L, depending on the system) will enter a free-aim mode, which holding the trigger will lock on to the nearest threat. Using the right analog stick you can target specific body parts (a la the Godfather or 007: Everything or Nothing), while pushing it hard either left or right will push the reticle to the next threat over. This is a love it or hate it system (again), and I have found myself simply half-holding the trigger to free-aim against enemies.

Quick note, there is a cover system, though it is not nearly as fluid as Gears of War or Uncharted, and you will probably never end up using it to do anything other than see what is around a corner in multiplayer without exposing yourself. But, for those who are able to make use of it, it is there.

Another new addition is your cell phone. You can use this to call contacts or dates, receive text messages, input cheats on the number pad (or call 911 to order a fire truck to where you are, if only to steal it to start a chaotic series of crashes downtown), or get into the multiplayer modes. You can also change ringtones and put sleep mode on, which is a "pause" function of sorts for the single player story as you mess around the city at your leisure. These are all not needed features, but again things which really help the player feel you are in a living, breathing city. The phone stays at the bottom right of the screen and, on smaller TVs, can be a bit difficult to see.

The games sounds incredibly, from the dialogs filled with Rockstar's humor, the cracks of gunfire down the streets, the crunching of metal on metal of high speed car crashes, and the constant bickering of Niko and his cousin. With hundreds of thousands of lines in the game, as well as multiple radio stations and TV stations (which have a few incredibly funny shows for you to check out), you will probably never hear the same lines twice. On a side note, if you fail a mission and are forced to re-do it, you will hear a different conversation if you have an additional character accompaning you somewhere. It's just a small thing, but it is this attention to detail which has made Rockstar such a great developer.

Last, but not least, is multiplayer. This is a mixed bag, as some modes (Cops n' Crooks and GTA Race) are great fun, while others (Deathmatch and Free Roam) simply do not mesh well with the GTA formula. While the entire city is open to you in multiplayer (though you can limit it to a certain island if you wish to keep the action more contained), you cannot do co-op missions of any kind. While this is a downer, it keeps the single player story a great experience in its own right.

Grand Theft Auto IV is a great game. It does a lot of things right, and adds many features that are not needed to get through the game, but give you the option to use them. For the small quirks like aiming and some multiplayer modes, you are getting the best game in the series, and quite possibly the best game to be released this year. This will be the new standard to which all open world games will be held to for years to come.

I have played both the 360 and PS3 versions of the game, and both look spectacular. I am hard-pressed to find any differences between the versions, so if you are torn between the two I would simply go with whichever controller feels more comfortable to you.

If you have been playing all GTAs on the PS2 and can't imagine anything else, go with that. If the 360 controller has grown on your with 3rd person games like Gears or Mass Effect, stick with this controller. It's all personal preference.

If you really can't decide, I personally would go with the 360 version, as it is offering two expansions, each with 10 extra hours of gameplay, in the future. If you only have access to the PS3 version of the game, don't fret, there is still plenty to do in the retail package.
Review Page Hits: 0 today (112 total)
mediahook