Rockstar Does It Again... 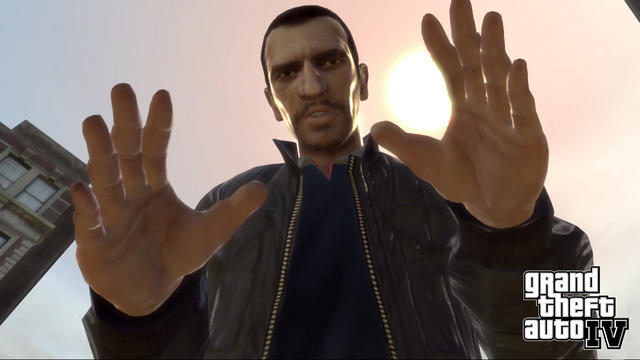 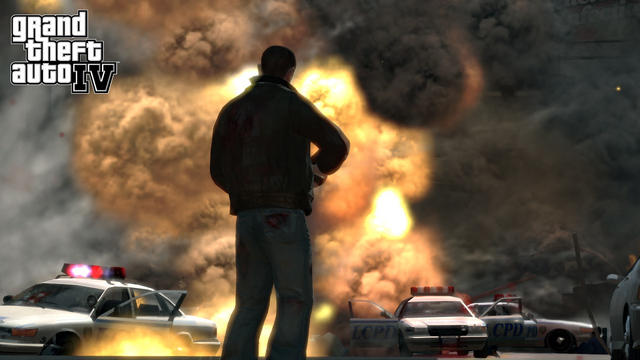 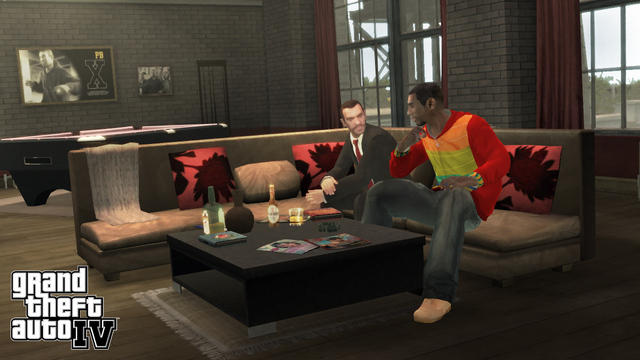 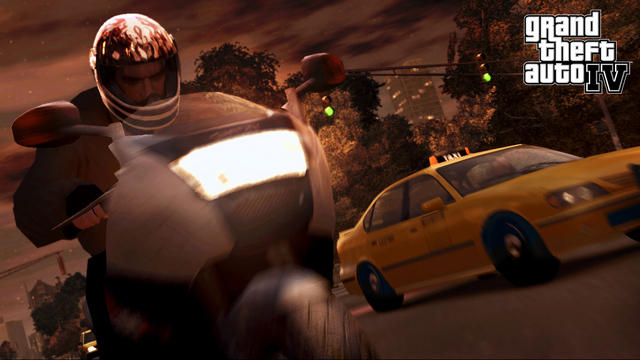 Occasionally, controversy has struck the game industry. Actually, "occasionally" may be an understatement. As early as the 70s, Death Race scared uptight parents with the notion of vehicular zombie manslaughter, Chiller shocked 80s arcade-goers with its "violence for violence' sake" gameplay, and Mortal Kombat rocked the collective sensibilities of the 90s with it's digitized actors and gory fatalities. All pale in comparison to the media outrage surrounding Rockstar Games and a little title called Grand Theft Auto: San Andreas. However, amidst all the PR hullabaloo is a proven series of games that served to pioneer the urban sandbox genre. Grand Theft Auto 4 is the latest game in that series. Fanboy hopes run high and prerelease hype runs rampant, but now that the title has seen retail release, does the game do it's legacy justice?

The answer is an emphatic "Gouranga!". GTA4 maintains the nonlinear storytelling and freeform carnage of the previous titles, but introduces interesting new elements befitting the first next-gen Grand Theft Auto game. The established formula of dropping players in a city and giving them a royal buttload of guns to do with what they will remains intact, but with a twist. Liberty City (the setting for the game, as well as for GTA3) now feels like a living, breathing metropolis. Pedestrians, no longer props in the urban backdrop, seem to take on lives of their own. On any given street corner, a woman may answer a cell phone call as she walks by, a man may be mugged by a local hood, only to receive assistance from a passing patrol car, or you may even encounter a homeless bum in the midst of a crackpot rant, stopping only to beg for change as you walk by. Liberty City lives.

But I digress. The biggest change from the previous games is the emphasis on modern consumer technology. Early in the game, you receive a cell phone from your cousin and, shortly after, you are introduced to the internet. As soon as you get your first safehouse, you have the option to veg out in front of your TV and, of course, the radio stations make a welcome return. The cell phone serves as your main form of contact with the various mission-giving miscreants of Liberty City, but the rest serve up more of the trademark social satire that has become synonymous with Grand Theft Auto.

Of course, the core of the game has always been shooting and driving, sometimes simultaneously, and if you've played any of the previous GTAs (save for 1 or 2), you should know what to expect here. The lock-on targeting system of old returns, but with some welcome improvements. Clicking the left trigger while holding a weapon will lock on to a target, but applying less pressure to the button allows free aiming, similar to the look and feel of Resident Evil 4. Even when locked on to a target, you can use the right analog stick to adjust your aim to strike specific points on your target. In addition, GTA4 introduces a cover system to the game. Pressing the right bumper will instruct Niko to press himself against the closest object large enough to use as cover, allowing him to shoot around corners, This system will feel familiar to anyone who's played Rainbow Six Vegas.

Which brings us to Niko Bellic, the Slavic hero of our story. If you've watched any of the prerelease trailers, chances are you already know that Niko is an eastern European vagabond with a sordid past who comes to America hoping to create a new life for himself. What you probably don't know is that Niko happens to be the most memorable and well written hero you'll ever encounter in a Grand Theft Auto game, maybe any game. Keeping with the cinematic production values of the GTA franchise, the entire game is full of top notch writing and masterfully acted personalities which you are given plenty of opportunities to familiarize yourself with thanks to the new relationship mechanic. In addition to receiving missions from these people, many of them can be invited out for a time on the town, drinking, bowling, playing pool, or just to grab a bite to eat at the local Cluckin' Bell. You can even catch a stand-up comedy act or watch a little dinner theater. Each of these diversions comes with their own respective minigames, but what I found most engaging about this feature is the chance to spend more time interacting with the in-game personalities. I can't stress enough how good the writing and acting in this game really is. You'll come for the non-linear combat driven gameplay, but stay for the engrossing story and likeable characters.

Along with exceptional single player experience, Rockstar ups the ante with online multiplayer, a series first. You'd never guess this is GTA's first online outing, though, with how smooth finding and playing an online match is. The run-gun-drive-and-gun-some-more gameplay translates beautifully to online deathmatch play, but fragfests are just the tip of the iceberg. The multiplayer really shines when offering more objective based gameplay. Cops n' Crooks pits a player team of police against another team of criminals in effort to kill the designated "boss" before he reaches the scripted waypoint. Also of interest is the Turf War mode, where teams of players compete to control various sections of the city. All of these concepts have been explored elsewhere, mostly in first person shooters, but GTA4 brings it into a living urban landscape with a serviceable, if not downright pleasant, control scheme. Add to this a Free Mode where players can do as they please through out the city and you've got one off the most complete gaming experiences you'll find on a single disc. The multi-player alone will keep people coming back for months, even years, to come.

Grand Theft Auto IV is a magnum opus for Rockstar. Combining elements of all the previous games, while adding new concepts exclusive to this one, GTA4 will be a tough act to follow. Even so, with new episodic downloadable content* already in the works, Rockstar Games doesn't seem daunted by the task. A life of crime never looked so lucrative.
Review Page Hits: 0 today (413 total)
mediahook