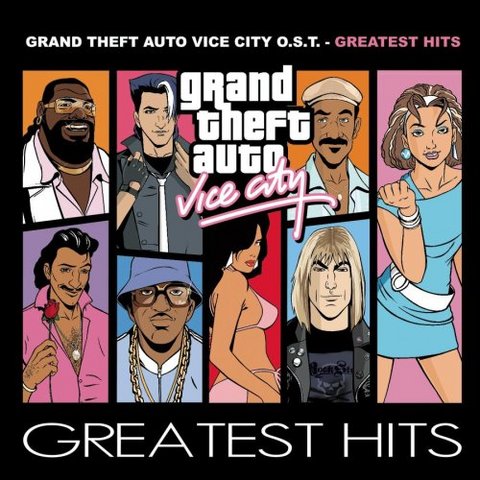 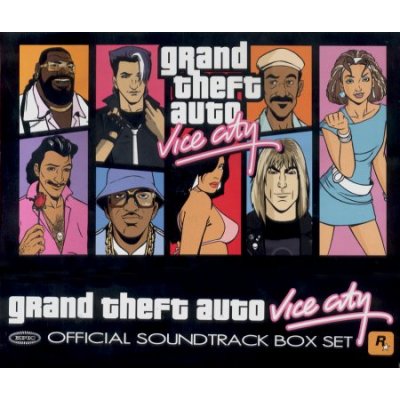 With this kind of star-studded music there is sure to be something for everyone, each cd offers a different style of music. The radio stations are: V-Rock, Emotion 98.3, Flash FM, Wave 103, Fever 105, Wildstyle and Espantoso. So whether you're looking to rock out with your cock out, trying to seduce that special someone, jam to your favorite rap songs or just relax and listen to some new wave or pop songs this soundtrack has everything you'd want to mix up your playlist.

The songs on the CDs aren't b-sides or songs lost in time either, they're the biggest songs by the artist. Some of the best songs include: Billie Jean, Self Control, Bark at the Moon, Atomic, Two Tribes, (I Just) Died In Your Arms, Broken Wings, Owner of a Lonely Heart, Rock Box, Magic's Wand, Wanna Be Startin' Somethin', Ghetto Life, Call Me, Dance Hall Days, 99 Luftballons, Pale Selter, and the rare Running With The Night. The reason that song is now rare is because after Vice City was released Lionel Richie decided he didn't want his songs in the violent GTA games so R* had to delete his song from future copies of the game. Now the only way to hear this song is if you own an original copy of the game or have the soundtrack.

The only bad thing about the box set is that some of the great songs from the game aren't included on the official soundtrack, each radio station has a few songs that didn't make it into the CDs. For example the songs Video Killed The Radio Star, Cars, and Last Night A DJ Saved My Life didn't make it into the box set. There are a handful of great songs that should have been included but weren't, I will never understand why some songs didn't make the cut.

Overall this box set is definitely worth buying, it has great artwork, excellent songs and the biggest names in music. Just one playthrough of each album will give you dozens of hours of enjoyment. Regardless of what type of music you like this soundtrack has something for everyone.